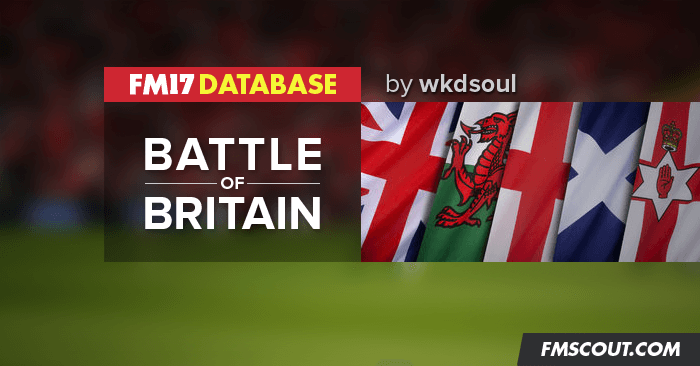 The Battle of Britain Cup for Football Manager 2017.

Requirements
The cup is built into the Wales Nation (just to be easier in the editor) - WALES MUST BE LOADED AS AN ACTIVE NATION.

DOESN'T EDIT ANYTHING SO SHOULD BE COMPATIBLE WITH MOST FILES THAT DON'T CHANGE NATION TEAMS/LAYOUTS.

How to compete in this cup on FM17

Download the file and move the file to your EDITOR DATA folder:
\Documents\Sports Interactive\Football Manager 2017\editor data
Create that folder if it doesn't exist.

Start a new Football Manager 2017 save with this database selected.