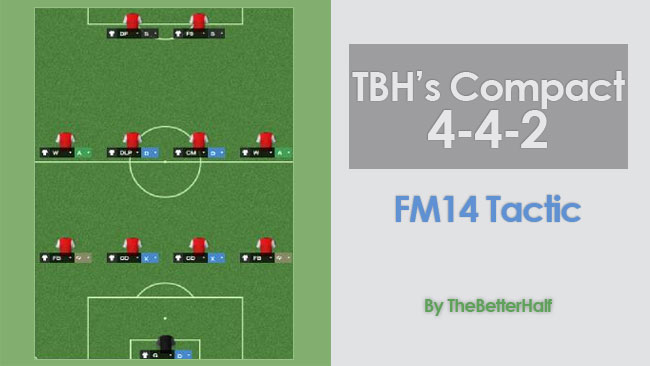 Here is a framework for a more cynical approach. Play around with it and use it as inspiration. It is a small framework for when wanting to sit with many men behind the ball, trying to cut angles and deny space for the opponent. Possession is not relevant as long as the opponent don't have it too much in advanced positions. 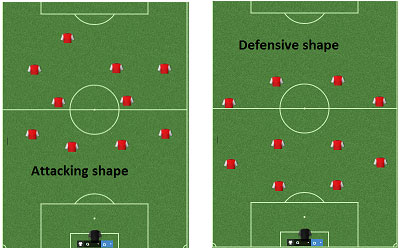 The key is the direct balls hit into channels down the flanks, onto our deep dropping FC that links up with play or onto the Defensive FC. Above, you see the team's attacking and defensive shape. Now, to be able to actually pull off this approach, its all about the players and how the opponent is playing. Having quick wingers, hardworking forwards that play for the team and central mids and fullbacks that knows how to hold position and mark a player but that won't matter unless there actually is any space to exploit.

If you want to use some individual player instructions, I would consider the following, all depending on where the space is found.

If there is Space found out wide, behind the fullbacks rather than in the hole between their defence and midfield, having the Defensive FC running out wide and have the Right Winger more attacking and roaming, perhaps as a wide mid.

If the space is found in the centre of the park, then you might have the wingers as Wide mids and have them cut inside and look for more killer balls.

1. Put the downloaded file into this folder: Documents > Sports Interactive > Football Manager 2014 > tactics
2. Start your game and go to your team’s tactics screen.
3. Click on the little arrow located to the right of your starting tactic name, move your mouse cursor over “archived tactics” and select it from the menu.