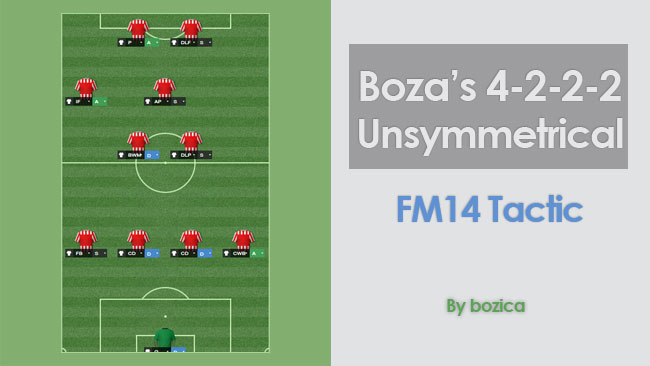 This tactic is best suited for teams that have a pacey attacking based right back, creative deep lying forward and advanced playmaker.

Inside forward should be more cut inside and pass oriented, and other players should really just be aggressive / tackling / ball winning kind of thing. It's main cause is to dominate the game on the midfield(had more that 60 percent possession in a lot of matches), and create chances on the flanks(left one is over-stacked with players which might make the opposition overcrowd that part of the pitch, and then your cwb(r) comes to task, or, if they don't do much about the left flank, they'll suffer from it). 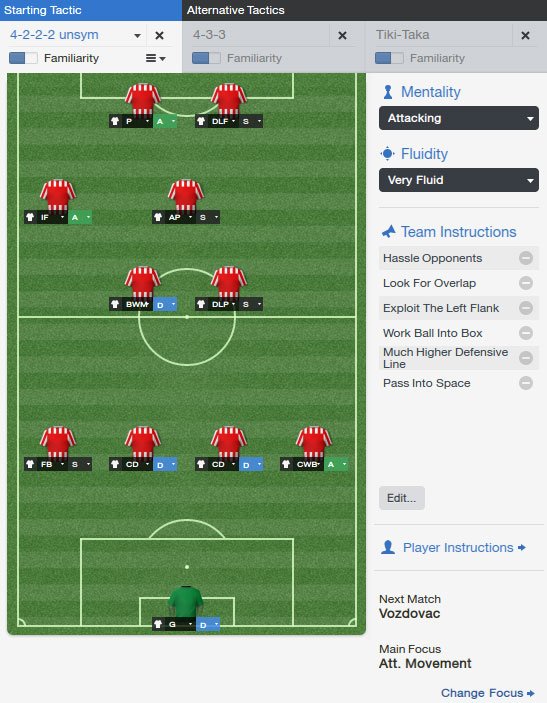 You can tweak some options depending on the situation(you might want tighter marking, wider play, roaming from position, etc). I suggest a tall dlp, that will help boost your domination. You might be a little concerned that I conceded a lot (1 gppm), but I played the likes of Stuttgart and Feyenoord with my relatively young Red Star defensive line.

It does have flaws (a team with a strong left flank might cause you some problems), but it works for me, and I wish you luck with it!