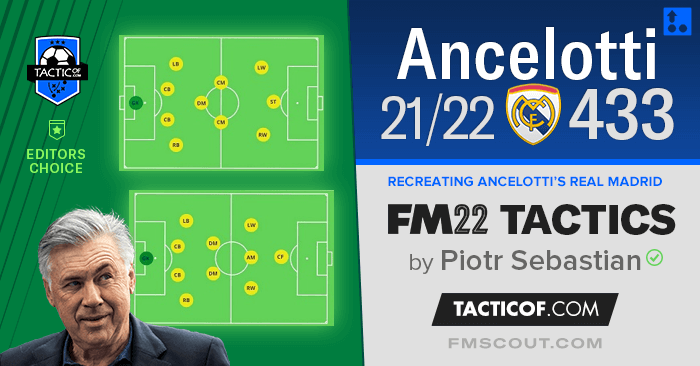 Ancelotti sets up Real Madrid in a 4-3-3 formation using a high-positioned offensive four as a protection against counter-attacks.

This gives the rest of the team time to get back into defensive shape.

Real sets up a fairly deep square in the middle to prevent penetration through the centre and delay the opponent’s direct attack.

This defence allow to aggressively press already on the first rivals defender and force passes into the side sectors with the task of slowing down the opponent’s action even more.

If the opponent manages to get into Real Madrid’s half, they move to a low block, but always keeping one or two players in higher positions and creating space for the midfielders to potentially use if the ball is recovered.

The key elements for Real’s offensive are the speed of transition into the offensive third, the number of support players and those entering the penalty area. 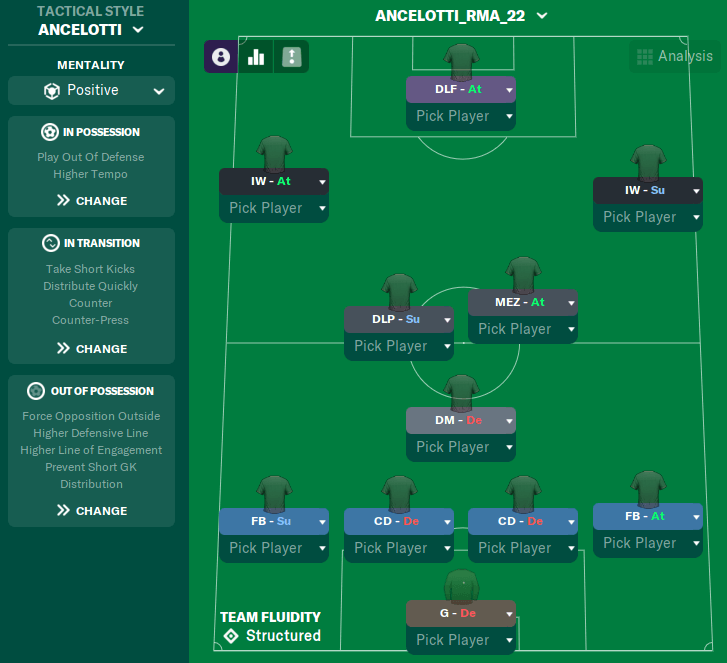 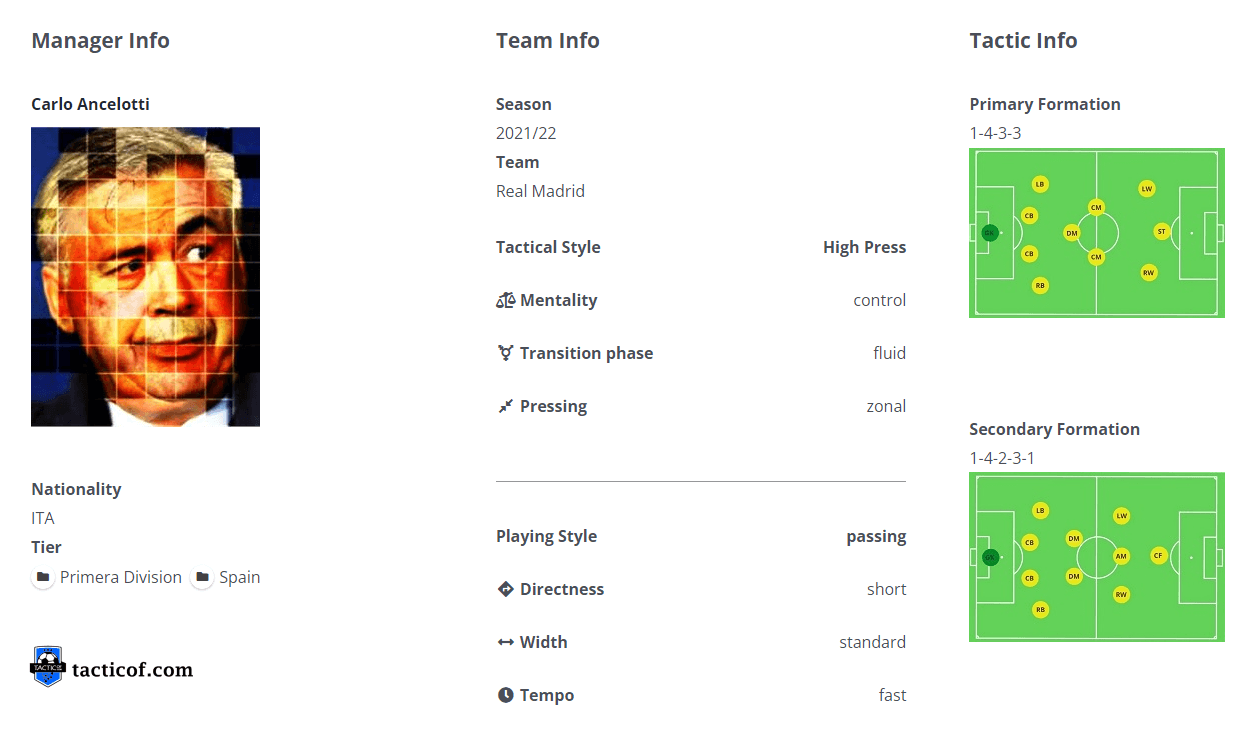