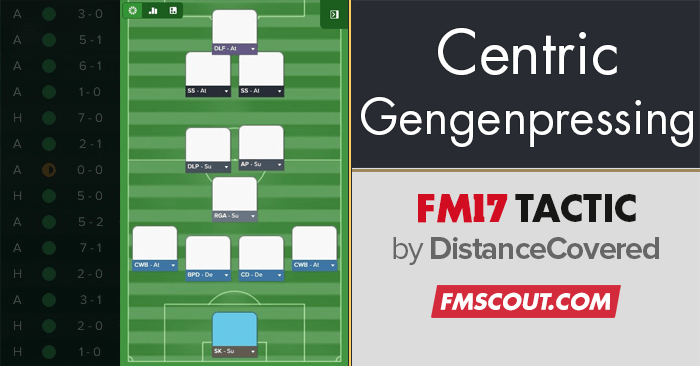 When playing FM17, I want my teams to play a specific way, so I have created a tactic that encompasses everything I want to involve in my style of play. The fundamental aims of my tactic are as follows:

I'm not claiming to be unique with these aims, as these are the basic principles of many top managers, and my style involves a blend of aspects from Guardiola, Klopp, Bielsa, Pochettino to name a few.

So let's take a look at my mentality, team shape, and team instructions.

These are fairly obvious in my opinion. The Control mentality is more than aggressive enough to execute the style of play that I want, and I find that when used the Attacking mentality, things become a bit forced. The Very Fluid team shape is VITAL for this tactic, and vital when aiming to create counter-pressing, as it makes your whole team much more compact, and encourages every player to get involved with the press; Gegenpressing.

Now for the team instructions... 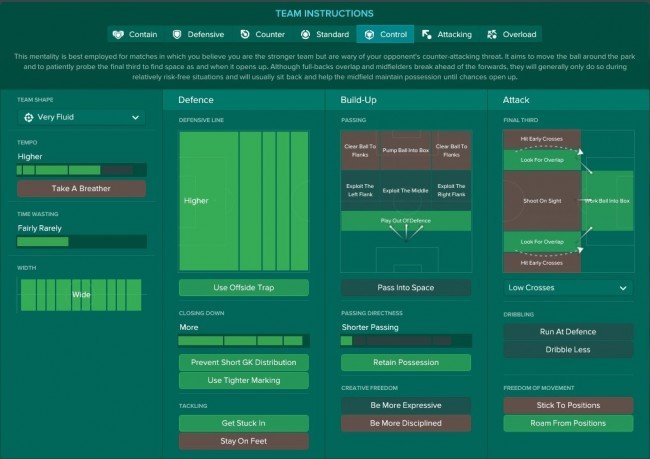 I want my tempo to be high, similar to many of the top modern day managers; the likes of Pep, Klopp, Simeone, Pochettino all want their teams to play at an intense Higher Tempo to destabilize the opponent. My width is set as Wide, as I need space in order to create goals, and since I play with a high line, that space has to be horizontal through width, rather than vertical by playing deep. The Higher Line is key, as I want the football match to be played in the opposition's half, and playing with a higher line allows my team to choke the opponent into poor decisions. Closing down More or Much More for obvious reasons, and I want my team to Prevent Short GK Distribution as this coincides with the high defensive line. I want my team to Use Tighter Marking so that the opponent's have virtually no time on the ball, and I use Get Stuck In depending on the match situation, as it will sometimes result in persistent fouling. Passing directness HAS to be Short to primarily keep the ball, and I want my build up play to consist of Playing Out of Defense. In attack with this tactic, it is vital to Look for Overlap so that my CWB's are involved and stretching the pitch to create space. I also prefer crosses to be Low, but this can depend on your striker's attributes, and my players have to Roam From Positions in order to create passing lanes and fluidity.

Now on to the formation, which is basically my own interpretation of a narrow 4-3-3. 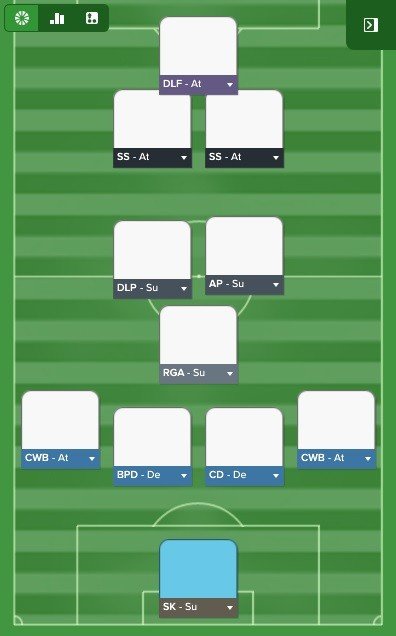 I wanted a setup that would offer countless passing options as well as creating an overload in the central area of the pitch, similar to Pep Guardiola. After persisting with Inside Forwards for a few seasons, their pressing was too poor and they didn't play anywhere near as narrow as I wanted, so I tucked them inside as Shadow Strikers. This positional switch has been super effective, and the team scored 111 goals last season in the league alone, as well as regularly regaining the ball in the opposition half, as demonstrated below. 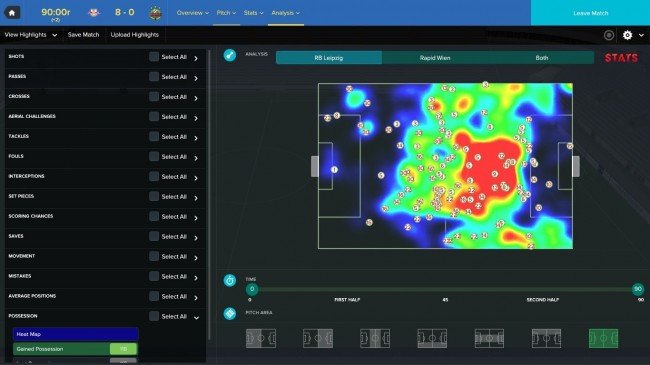 The Regista is one of my favourite players and is positioned to maintain and manage the press in the opposition's half, so whoever fills the role for you has to be a complete and clever player, he's effectively your team's brain. The CWB's are the specialists in the formation, and will almost play as Wingers by providing the width in attacks, similar to Spurs, Liverpool and AS Monaco's style of play.

This tactic will not win you every game on its own. You will have to tweak it sometimes depending on the opposition largely based on common sense. Minor tweaks such as changing your Regista's role to a DLP set on defend will be needed at times. Also, the formation's biggest weakness comes into play when the opposition has quality wide play, such as world-class wingers or overlapping wing-backs. In this scenario, focus on helping out your CWB's, or make them more cautious by changing their role to support rather than attack. If executed and managed properly, the tactic can result in the performances demonstrated below. 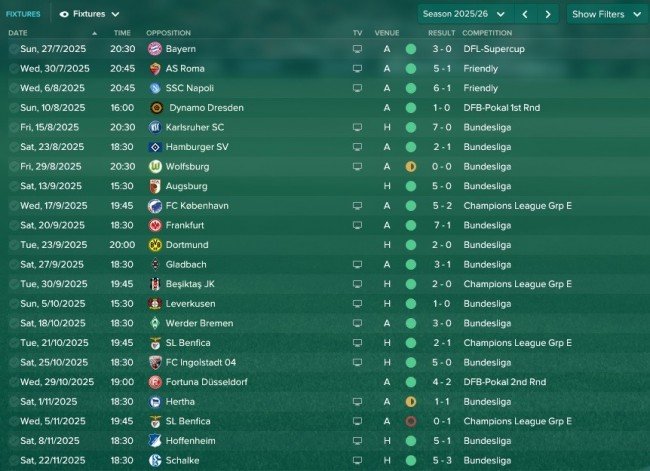 In a perfect game, match stats will represent dominance, as pictured below. 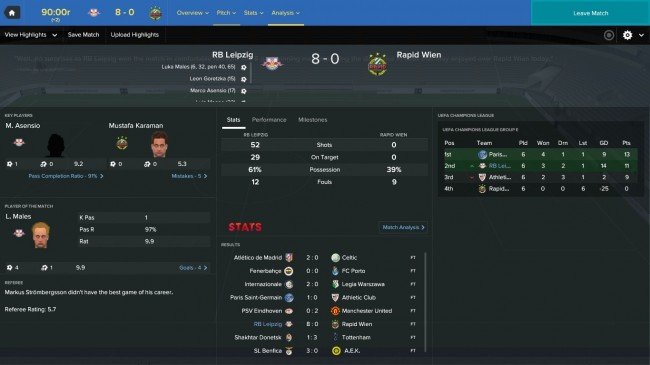 The tactic achieves the best defensive record every year, and regularly achieves a season average possession of about 63% and an excellent pass success rate of around 87%, which is always at least 5% more than any other side in the league. Overall, such consistent top-level team performances result in league finishes such as the one pictured below.