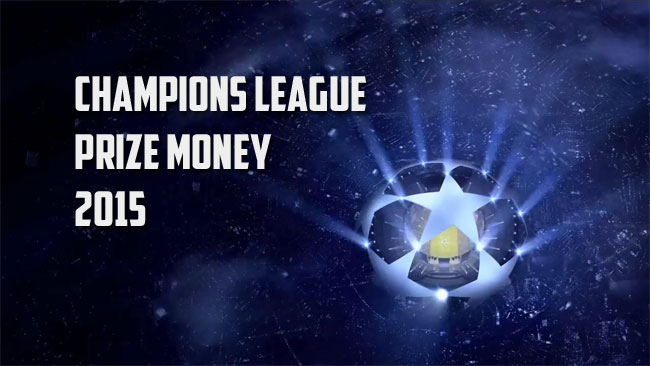 UEFA has recently announced a pretty significant increase in the Champions League prize money fund for the 2015-16 season. For example, there’s an approximately 50% increase in the Participation Bonus; something that is guaranteed for all 32 teams.

There has also been a 50% increase in the winning bonus for group games; currently this number is approximately 1 million pounds and the new payout is now 1.5 million pounds. The new incentive for reaching the first knockout stage, for all 16 teams, has been raised to 5.5 million pounds; the current award is 3.5 million pounds.

Another increase is expected for the Quarterfinal, semifinal, and final prize money purses. In other words, the team that wins the Champions League in 2016 can expect to pocket around 55 million pounds plus the market pool money. For example, if an English team were to win in 2016, that would mean that they can expect to win a combined 100 million pounds from the market pool and prize money.

This information should provide an idea of how the prize money is distributed among all of the Champions League Teams. Maybe if you play Royal Vegas games on your phone, you too can win a whopping amount of money.

The above figures make it easy to see why the UEFA Champion League is, by far, the highest prize money paying competition in the world. The Champion's League's total prize money pool is approximately $1 billion dollars fro the 2014-15 season; this number is derived from the amount the UEFA pays all of the 32 participating clubs as well as the ones that get knocked out during the champions league qualifying rounds.

The winner of the competition can take home anywhere from 50-75 million ponds; dependent on the country that the specific club hails form. In addition, there is a huge portion of the prize money pool that is divided based on how the teams finish in the competition, as well as TV rights money that is divided among the team based on its market value. That is to say, the teams that come from the top 4 European Leagues are eligible for bigger portions of the market pool.