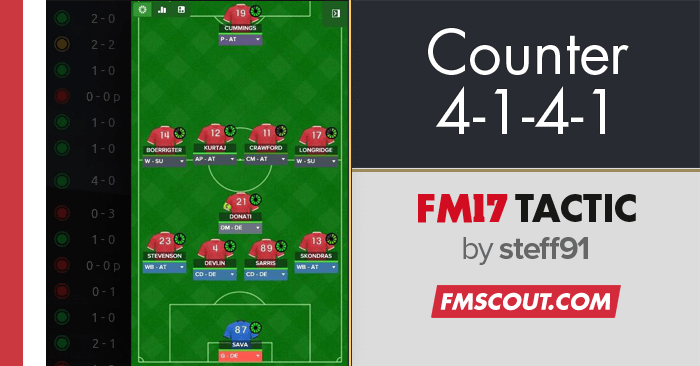 Hello folks so here it is my very first upload to the FM community with my tactic that so far I have had relevant success with. I'm currently using this with Hamilton Academical who play in the Scottish Premiership, they have a media prediction of tenth, but so far with this I have been defying all the odds, so I have decided to share. 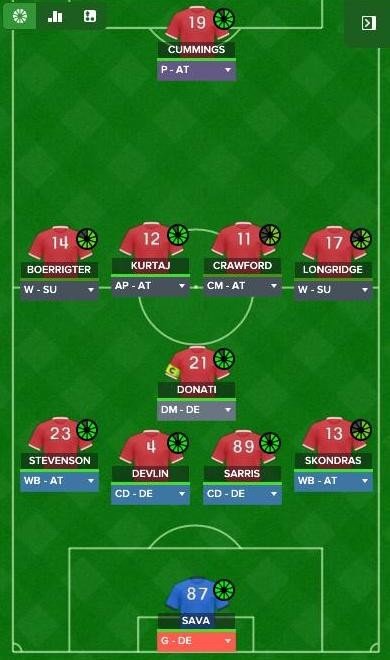 My training in pre-season I set to fitness to average, as I feel that high causes injuries but again that is a personal choice, with the first week of the season I change it to team cohesion and then afterwards leave it on balanced with average settings, rest before match-day and after.

Opponents instructions I do not use as I feel it upsets the balance of my tactic in general.

Set pieces are just tweaked a little nothing much in general as you will see in the tactic when using.

Overall this is a tactic designed for a team that is expected to struggle in the season hence you will read further down in this article.


About the player positions

Goalkeeper - Keeps it simple distributing it to the full backs also not wasting possession too easily.

Right Wing Back Attack - Aims to get further forward overlapping the winger and getting crosses into the box for the lone striker.

Left Wing Back Attack - Aims to get further forward overlapping the winger and getting crosses into the box for the lone striker.

Central Defender(s) Defend - Both of these are again looking to keep possession, fewer risky passes not really taking many chances.

Defensive Midfielder Defend - Playing the holding role this guy is your cover for the defense whilst the midfielders bomb forward providing cover again just aiming to keep things simple in this area of the team.

Left & Right Winger Support - Looking to get crosses in the box but remember that the wing backs will be overlapping on either side to cause mayhem.

Advanced Playmaker Attack - This is your main pivot of the team looking to spray passes about the pitch as well as getting forward,dropping into holes between the opponents midfield and defense you want someone with good vision and passing stats for this role.

Central Midfield Attack - Again he will be surging into the box to support the lone striker up top, he will be expected to perform a variety of tasks in the engine room of midfield so good work rate, passing stats would be required here I personally think.

Poacher - Obviously only an attack role is available for this, his main focus is to get the ball in the back of the net at all costs that he will rarely do anything else other than stay in the box, but you will have your midfielders bombing forward supporting him regardless. Composure and finishing are good stats needed for this role.

* If you get a player sent off I tend to remove one of the wingers and try get your wingback to really press on covering the lack of space created here.

* My team training is as said before, pre season is set to fitness with an average intensity and then afterwards for the first week of the season team cohesion and then balanced for the remainder, rest day before and after matches.

* Opposition instructions are not used as I feel it disrupts the tactic as a whole.

* Team talks are important to keep morale high, try to encourage your players and be less harsh in away matches unless you receive a good hammering (which I hope doesn't happen!!). If the morale is low, a good way to lift it up is to arrange a team meeting to try and find out the root of the problem. 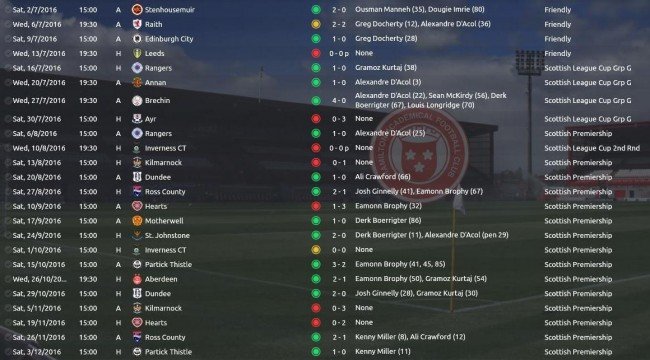 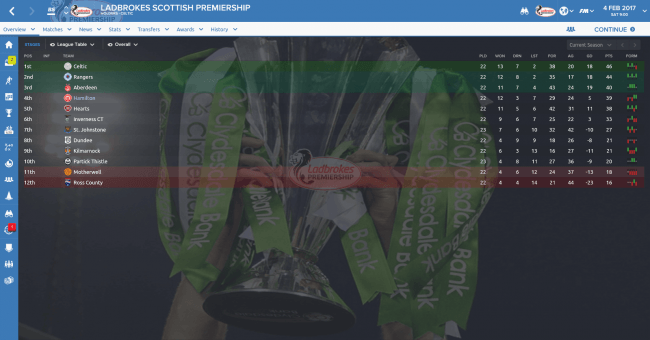 If you could provide feedback on how the tactic works for you that would be great, detail what team you are using it for and how it's going. If get enough feedback on this tactic I may do others so suggestions are always welcome.