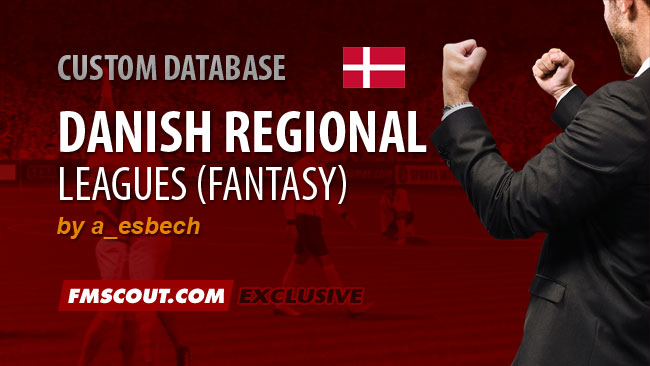 This is a fantasy database which splits up Denmark into 4 different regions, following the official regions of Denmark, however due to the amount of teams in Nordjylland they have been merged with Midtjylland.

The Danish Championship (Danmarksmesterskabet) is an annual playoff consisting of a playoff of the two best teams in each region. This is also where the European places are divided.

The four regions are:

The leagues looks as follows:
All leagues have 4 rounds, so 36 games in total for each team, except for the ones competing for the championship.

Due to the amount of Amateur teams playable, the transfer rules have been set, so that amateur players can only switch teams in the transfer window. Players on free transfer can sign at any time.

My first game was Championship Manager 2 - 97/98 season. Since then my interest for the game has only increased. I will always play LLM as I prefer that challenge above any other.
I like to make new leagues in the editor either as factually correct as possible or as fantasy setups.