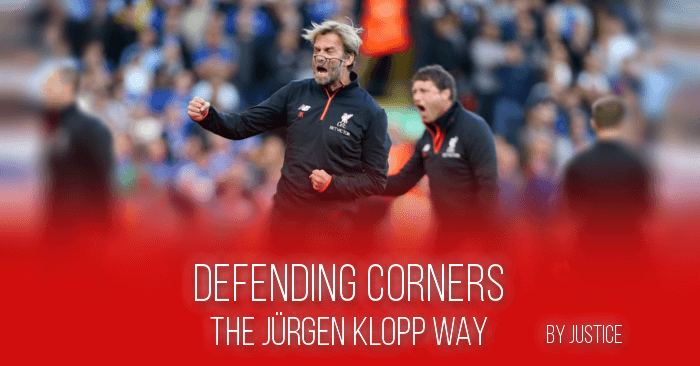 The evolution of football in recent years has been somewhat staggering. Top athletes are no longer exclusive to top clubs, with advancements in sports science and fitness training spreading across the world. Most professional footballers, these days, are fantastic athletes, as demonstrated by this year's FIFA World Cup, where the likes of Japan showed incredible physical tenacity. Every team has top athletes now.

Tactical preparation has changed now too. There are not so many 4+ goal margins anymore, with even the minor teams now able to prepare well tactically to help shut down the bigger sides. It can make for boring viewing at times, with a lack of space in open play.

However, while teams can 'park the bus' in open play, set pieces bring a completely different world of preparation. Once a set-piece has been earned, you cannot prevent it from happening. You cannot physically deny a corner taker from taking a corner, once it has been earned. So, the only thing you can do is react to the situation and deal with the danger. It is a fine art of defending, without a shadow of a doubt.

Many managers have developed different formulae for setting their team in what they consider to be most effective way of dealing with set pieces, none more so (in my opinion) than Jürgen Klopp. People often questioned his contribution to the defensive side of tactics, but it has been side of Liverpool's game which has improved drastically since his appointment. In fact, his Liverpool side has one of the best defensive records since the beginning of 2018, and they now rarely concede from set pieces, particularly corners.

This article will outline what I believe to be how he sets his Liverpool team up to defend corners. It is not necessarily the exact replica, but my interpretation of it, and how I would use it in FM. It does not guarantee results, and if anybody whines about that in the comments, I will refer them to this, and not be so polite about it. My inspiration came from this explanation by Klopp of how he sets his teams up for defending corners (you need a Sky Go account to view it). 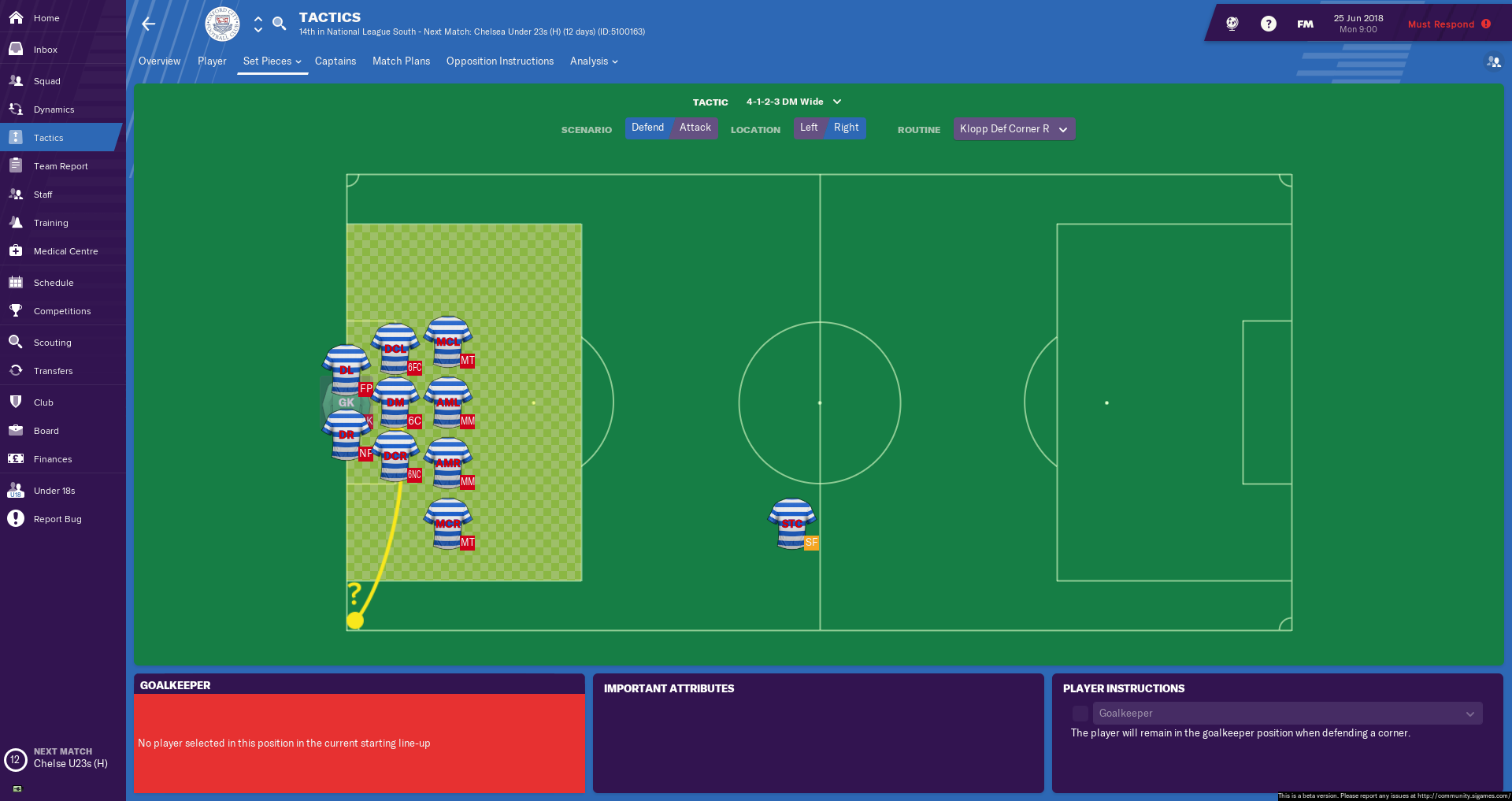 The Routine Is A Mix Of Zonal & Man Marking
First thing's first, this is not a direct translation of which player players in which position for Klopp. For example, Firmino (ST) often lines up on the six yard box rather than an DM, but read below to understand why I chose the DM, and others.

Firstly, the most notable thing is the three players on the six yard box. This is theirs zones, and they will attack the ball in these areas. These are to be your team's best headers of the ball. They are usually your two DCs and your next best header, or three DCs if you have a 3 or 5atb, and this is the most important area to defend. Reason being that the edge of the six yard box, in front of goal, is the position at which the opposition can have the best chance of scoring, if they connect with the corner. It is widest angle range to shoot, and close to the goal where any powerful shot would be difficult for the goalkeeper to react to. Therefore, this area is covered by the three best headers/aerial threats you have.

The next thing is to look at the two players on the posts. They're usually the full backs, who should have good enough defensive awareness to know when to stay on the post, and when to step out from the post. Klopp identified these positions as something that can be altered depending on the opponent. Usually, the man marking the front post stays in his position, and the man on the back post can step out and man mark a specific player if required. I would, personally, keep him on the back post, but this something which Klopp has done in some games.

Now, we look at the four players marking opposition in the box. These four players are your 'blockers', as Klopp puts it, and their job is to deny the four marked attackers from reaching the ball. They are to use their physicality and other skills to, at the very least, make it difficult for those they are marking. Of the four players you have man marking, the two better aerial defenders should be marking tall players (your opposition's best aerial threats), and the other two mark two other players. This should, more or less, cover all the bases.

There is one player remaining, and that is the man staying forward. It is not necessarily your striker, but it should be a player who is incredible off the ball movement to get in to space to break, and the pace to take advantage of that space and punish the opponent on a counter attack. We saw Mohamed Salah play in this role over the past season, and to devastating effect. You need to have an outlet when you're defending a corner, otherwise there may be wave-after-wave of attacks from your opponent, as you have nowhere to release the ball to.

Does a system which uses both zonal marking and man marking work?
Yes, it can work, if you have the players for it. Your man markers are very important as they bare the duty of directly challenging the opposition players. This leaves your zonal markers to be free to attack the ball with 100% concentration. They do not have to worry about marking an opposition player, and only need to challenge players when/if one enters their area.

A good way to visualise this process is to completely ignore your goalkeeper for now. Don't worry about, he'll do his own thing. Whether he does it well or not, that's a different story.

Now, look at your three players zonally marking the six yard box. This is your final wall of defence. They will look to repel the ball when it comes in to their area, and challenge any player that ventures in to their area either.

The two players on the post are also part of the 'wall', in a sense, but their position can be adjusted (as explained above) so they are not necessarily fundamental to your wall of defence.

The four man markers (or blockers) are your frontline in this routine, and will look to protect the wall. They are to make sure the opposition doesn't get near your wall, and keeps your 'wall players' free to attack the ball and clear it. The man markers, in a sense, are the ones protecting your zonal markers from having to worry about opposition players.

As I have stated earlier, this routine does not guarantee results. It is a system that Klopp uses, and I use in FM, which still comes down to the performance of your players. Tactics do not guarantee results, players do. So, if anybody whines about 'conceding 20 goals per game from corners', I will not care. Maybe I sound cold, but I do know that a lot of people who download stuff don't read the attached articles, and just immediately expect results. If you are reading this, fair play to you, and you're not one of those people.

1. Press the big red Download button at the top of the article.
2. Extract the two files from the .rar file using 7-Zip, or similar, to the following folder location:

3. Go in to your save game and go to the following locations:

4. Click the drop down menu for Routine, and 'Load Routine', where you can then load this Routine for either side (L = Left, R = Right).
*NOTE* This routine is only for the right hand side, you will have to replicate this for the left hand side yourself.