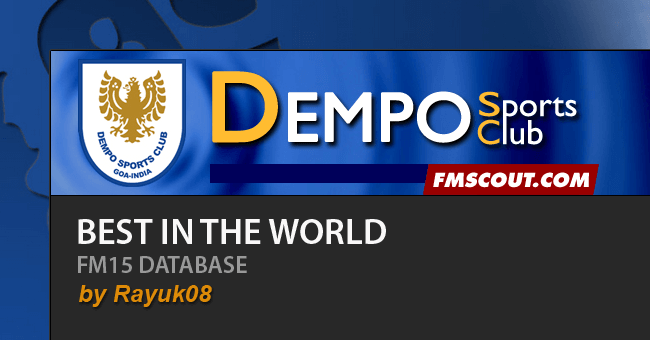 Dempo Sports Club are in the Indian Hero I-League.

There is no limit to how many foreign players you can have in your squad or starting lineup for the Indian competitions you have 25 top class Indian players for your AFC Champions League squad.

Can you keep them winning trophies?


How to add a superior Dempo SC to Football Manager 2015