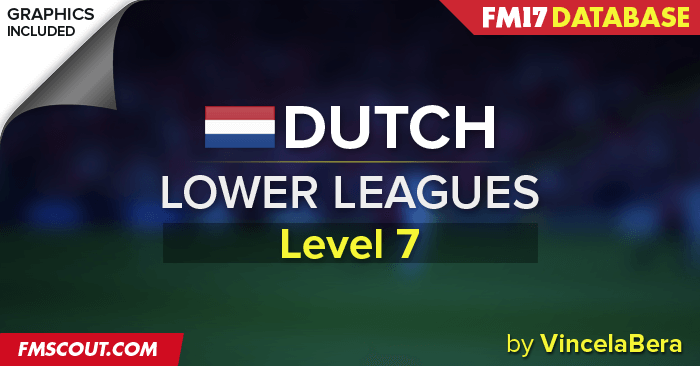 Im back again with this HUGE Dutch lower leagues database.
This year if made all the clubs in the Netherlands playable by adding 5 extra tiers to the database used in the vanilla game.
I tried to make them as realistis as possible.
The Eerste Klasse is as close as i could get without screwing up the rules, and having all league an (mostly) equal amount of clubs in them.
The Tweede Klasse is filled with remaining teams that were in the game in the Netherlands, and were previously assigned to the 'lower leagues'.

I hope you are going to enjoy this DB and look forward to any suggestions/tips or anything from you guys in a comment or a message.
Below is some more detailed information about this database.

- also included are the logos and icons for every club and competition in the dutch leagues.
- changed substitution rules to 3 of 12 in every league.
- all divisions have their own separate awards; top scorer, player, manager, goalkeeper and young player of the year awards, and a weekly team of the week award.
- team of the week formation changed to a for dutch clubs more natural 4-2-3-1 formation.


How to unlock the Dutch lower leagues in FM 2017

1) Download the .zip file and extract it.
2) Put the graphics folder into \Documents\Sports Interactive\Football Manager 2017 folder. (already have some graphics added to the game? just add the folder 'dutch lower leagues' found in the graphics folder from the zipfile into the graphics folder).
3) Put the editor data folder into \Documents\Sports Interactive\Football Manager 2017 aswell.
4) Start the game.
5) Reload your skin to get the logos to work correctly.
6) Start a new save in the Netherlands/Holland with the 'Dutch Lower Leagues System by VincelaBera' editor data file selected. 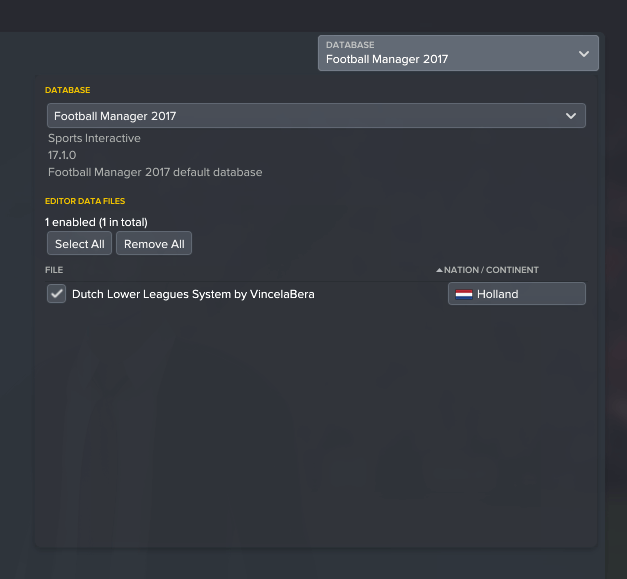 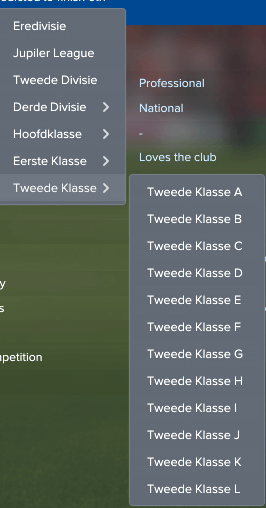 THE ONE AND ONLY