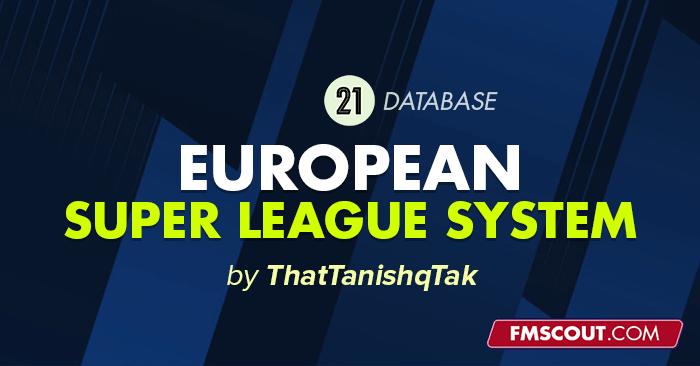 This is my first project hope you like it.

This is my take on the European super league. It consist of 170 teams in 8 leagues with promotion and relegation and 5 cup competitions.

This is still a work in progress there are no individual awards and no customs graphics.