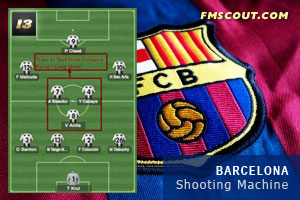 The current side is simply one of the best that the game has ever seen. They play breathtaking possession-based on attacking football - movement and great technique, leaving ample space for flair players to express themselves. But, most impressively, this is coupled with a strong work ethic that sees all players press the ball, run hard for 90 minutes and support each other.

The era began with Frank Rijkaard who followed fellow Dutchman Johann Cruyff's great association with the club by forming a system based on the traditional Dutch 4-3-3 and movement and forming a team that combined star signings such as Ronaldinho and Eto'o and emerging Catalan talent such as Puyol, Xavi and Iniesta. His team ended Madrid's domestic dominance and won the European Cup in 2006. His successor, the former player Pep Guardiola, tackled the star culture at the club by removing talented but egotistical players such as Ronaldinho, and later Eto'o, and further emphasizing work-rate and teamwork. We all know how Barca plays. Brilliant ball movement and team work based attacking football and mind-blowing possession.
But !!! Is all they can do pass, pass, pass and again pass!?
This is boring, move that ball quickly to the forwards!!!
Shooooooot that ball!!
Sometimes when watching their game we hear those voices most times from neutral fans and sometimes also from their fans.

How to change it?
Is there anything you can do to maintain the possession and destroy the opposition with shoots?

Myself I watch a lot of football and I have my preferred type of football play and movement, but I have to admit that no one can pass that ball like Barcelona. Great technique, leaving ample space for flair players to express themselves, it's just an amazing piece of art. But when they move to the final third they want to enter with the ball into the net.

IS THAT OK ??
Yeah sure, but they also lose too many chances from this type of play, so I thought to combine this style with shooting.
Shooting and possession from Barca's real life display, and employ to Football Manager 2013.

Here in this photo you can see how many players are in position to shoot. In FM 2012 through balls were very effective, but in FM 2013 they are not working well (that's just my opinion), but long shots work extraordinary well.
So that is main strength of the tactic. Stay in good position to shoot and do it.

This has a huge impact when your team is defending, but if you change the tactic the "Winger Marking Strategy" will be removed so don't touch anything.

In early years, the full back doesn't really exist or their role is not important.
Team full backs are so important today in football. They do lot of work and even someone may think they exist only to defend, well that's not true. We can see today in football how the game goes and which players have a great impact, just look at Dani Alves, Ashley Cole, Glen Johnson, Marcelo, Philipp Lahm... They are so important to their teams.

Here in this picture you can see how Kolarov support the team movement. Supporting midfielders because they need to pass the ball, he receives the ball and plays an amazing pass to his team mate. 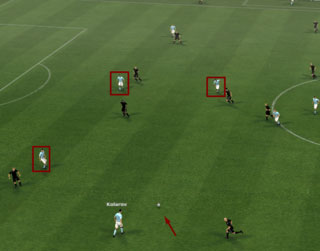 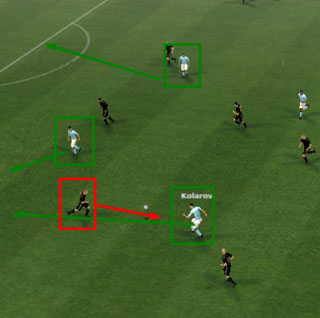 Hamsik moves with the ball. 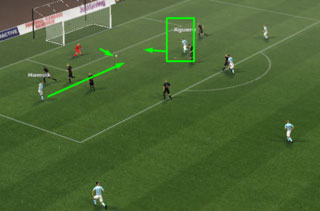 Thank you Very much
-CookieMaker-