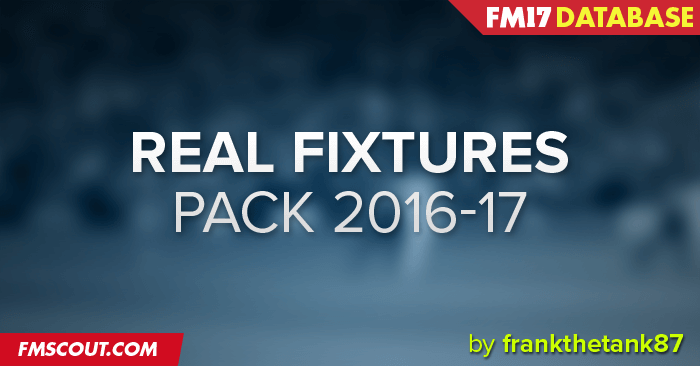 Real fixture packs for the 2016-2017 season.
Play Football Manager 2017 with real fixtures on the first season.

Argentina (Primera and Primera B )

The pack also includes a text version of the fixtures in case you have modified the leagues already yourself and want to import these fixtures into your other files.