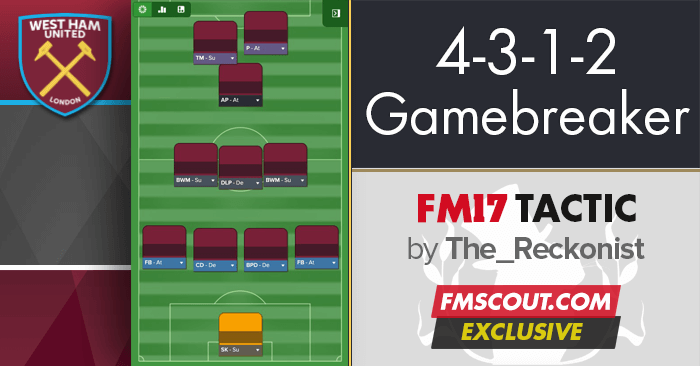 Fueled by pure hatred of the dominance 4-2-3-1 tactics, I decided to try and break them. Using a patient, narrow, short passing possession based style. I have received staggering results with this one and I will share them with you.

This strategy marches down the centre of the pitch and a cold methodical way. Quick passes in a tight space with many options for the person in possession due to the amount of bodies in a small area. 90+ goals with West Ham after one season using this. Quite possibly a game breaker.

This tactic meets the philosophies of Play attacking football AND play possession based football without the use of wingers.

Positional sense is of the utmost importance. Solid, hardworking, committed physical players who will work as a team to win tackles and be able to pick the correct pass. 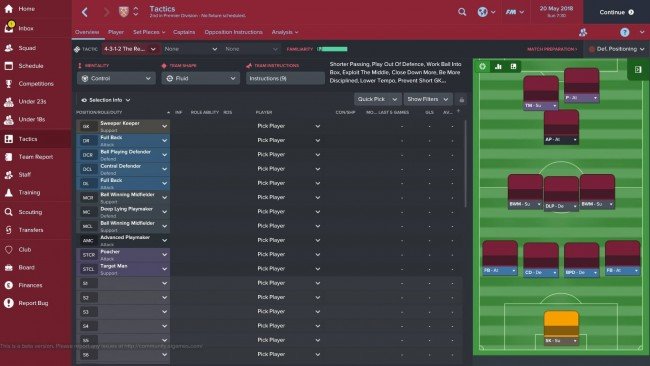 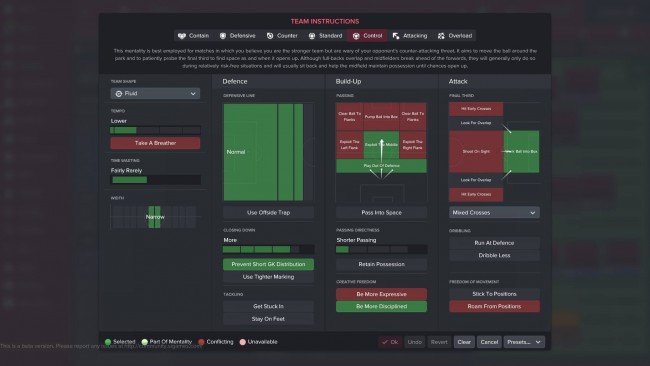 First line is PPM's and second line is key stats. 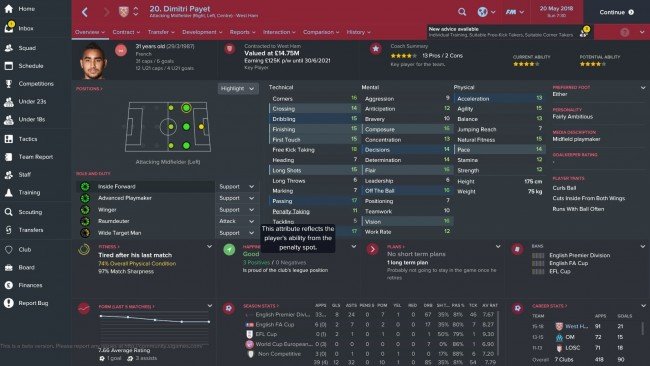 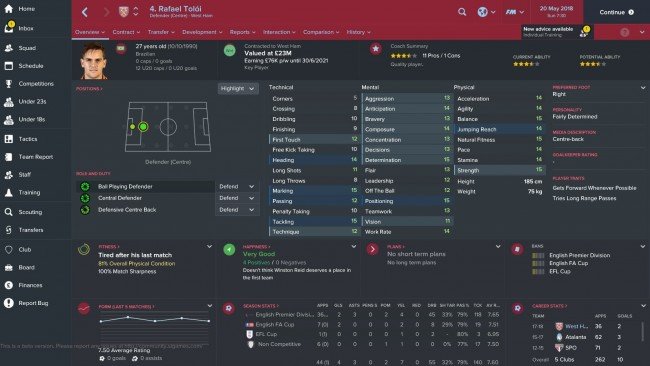 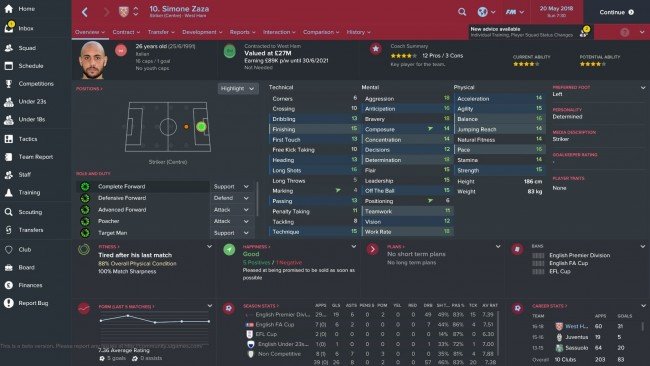 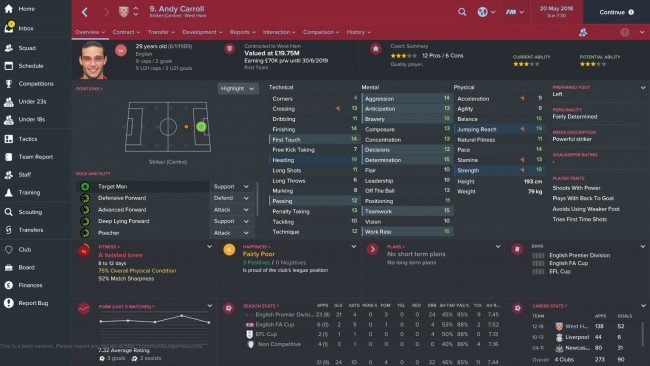 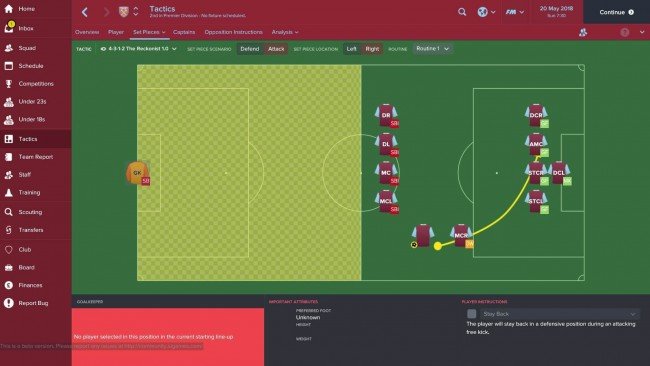 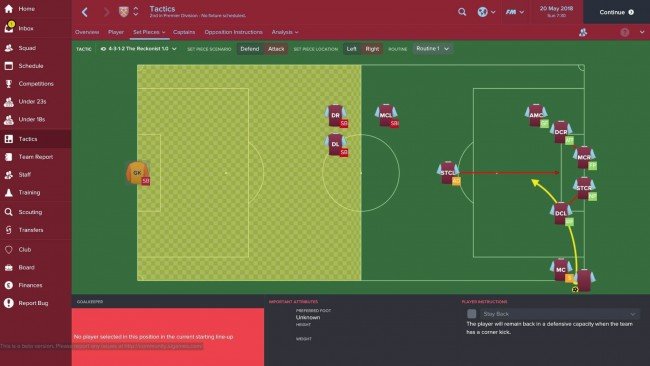 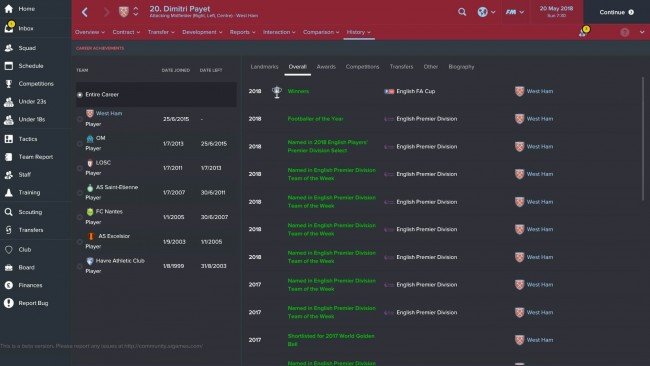 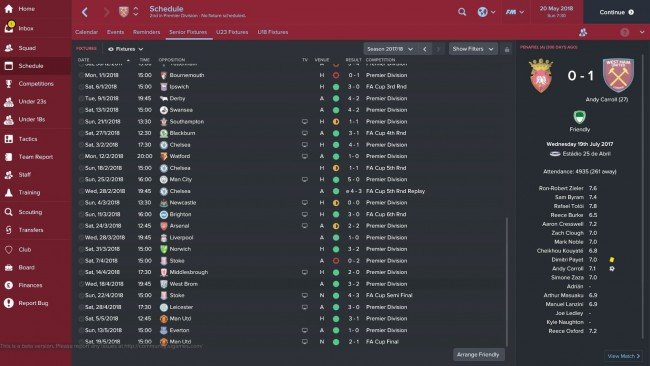 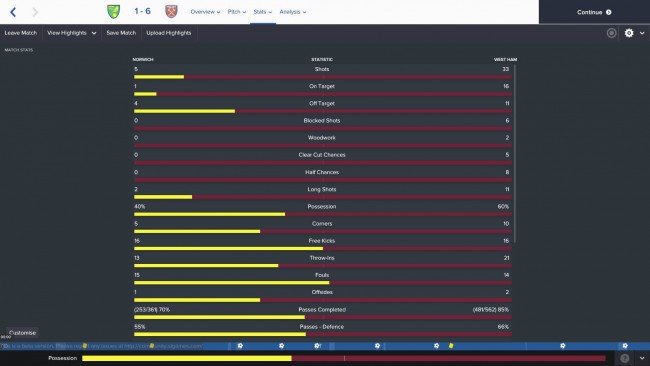 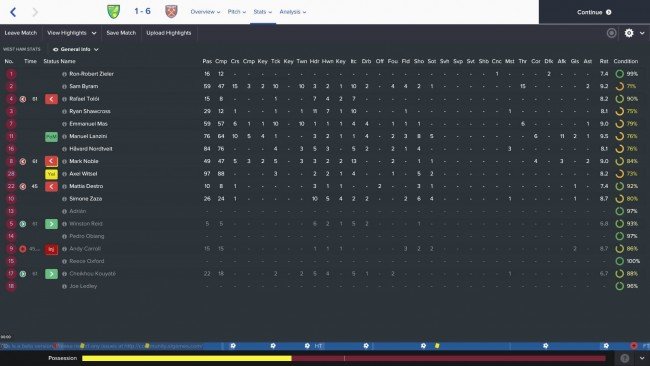 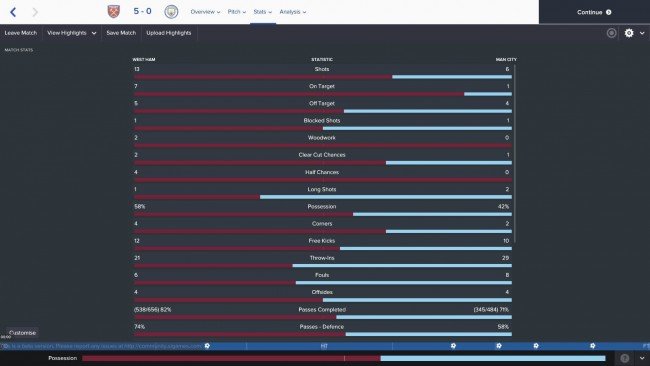 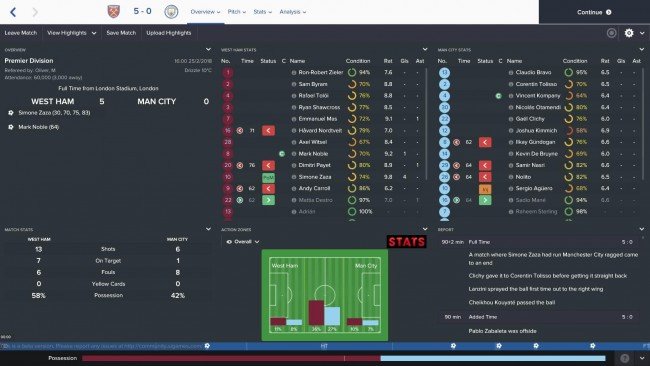