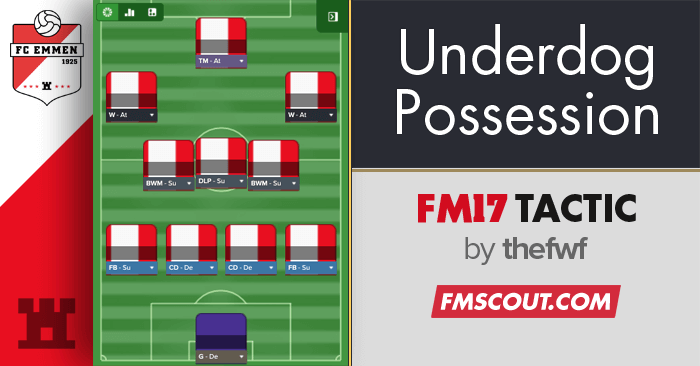 I developed this tactic after testing with both Aston Villa in the Championship/Prem and Sunderland in the Prem. I gave it a proper test run over two seasons using FC Emmen in the Dutch Juliper league (2nd level on their football pyramid). I finished 1st during my initial season and then 5th in my first season in the Eredivise, even getting Europa League football! 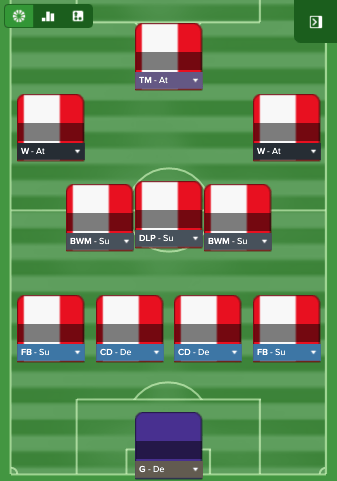 A 4-3-2-1 formation with relatively easy to fill roles so finding players should not be an issue.

The two fullbacks support the attacking movement, but rarely move in from the byline due to wide attacking/countering threats (explained further in player instructions.

Two standard centre backs played as central defender with a defend duty. BDPs may also work for more competent players, however I do not have these available to me and this has not been tested!

The midfield contains two ball winning midfielders to regain possession as quickly as possible and venture forward when possible to support the attack. or pass to more creative players, such as the deep lying playmaker.

Two wingers are present with an attack duty, their main duty is to provide crosses for the target man and occasionally chipping in with goals of their own.

Finally, the target man is your main goal scoring threat, bullying defenders in the box and bludgeoning his way through to get the goals! 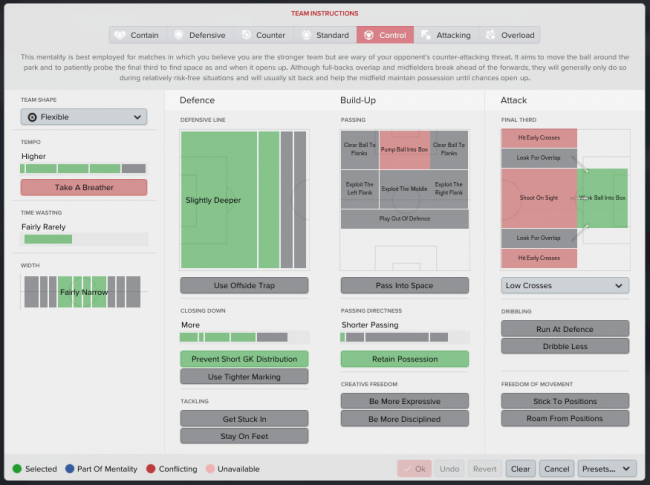 Controlling mentality aims to dominate possession.
The high tempo makes things a bit more exciting than the traditional slow clinical passing tactics, less chance of boring your fans!
A flexible team shape allows a slight level of freedom, usually allowing the CMs to chip in with the occasional goal or two
Increased closing down builds pressure on the opponents, limiting decision time for more creative players to unlock your defence with a pass. Pressure is also applied to the opposing GK by aiming to prevent short distribution.
The deeper defensive line adds an extra bit of protection to your back four.
Short passing and a retain possession instruction keep play tidy and cuts out errors arising from longer, more-risky passes.
Working the ball into the box may seem counter-productive when playing with a target man, however it decreases the chance of possession being given away too cheaply.

This tactic is relativity simplistic in approaching individual player instructions, only ensuring both fullbacks stay wider to stay alter to opposing wide players. I found before adding this instruction the opponents were making way too many chances from crosses. 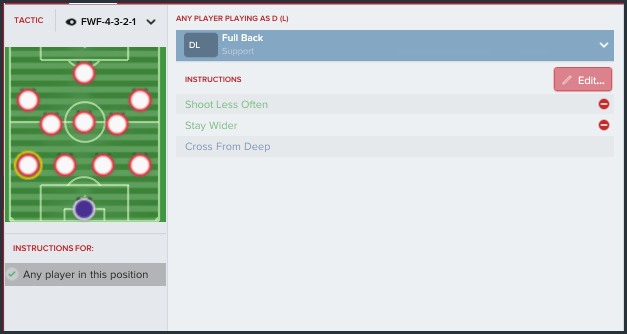 In my 1st season in the Eredivise, with a wage budget of £50k/week for my entire team I managed to finish 5th 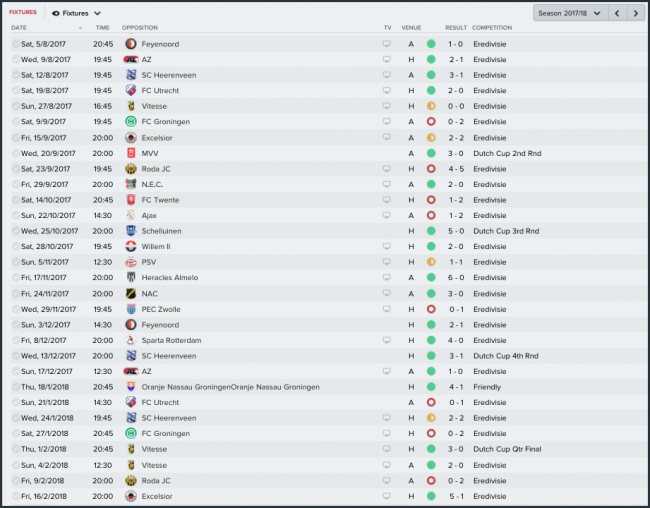 Against a bigger team: 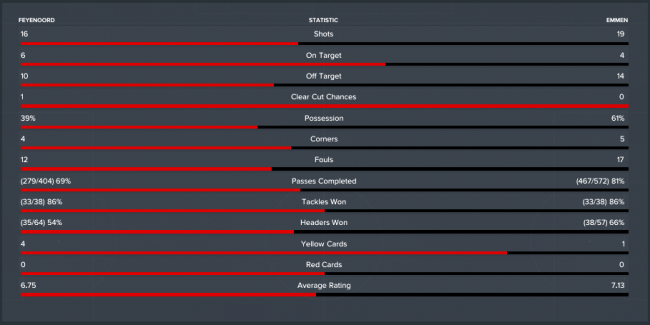 2nd half of the season: