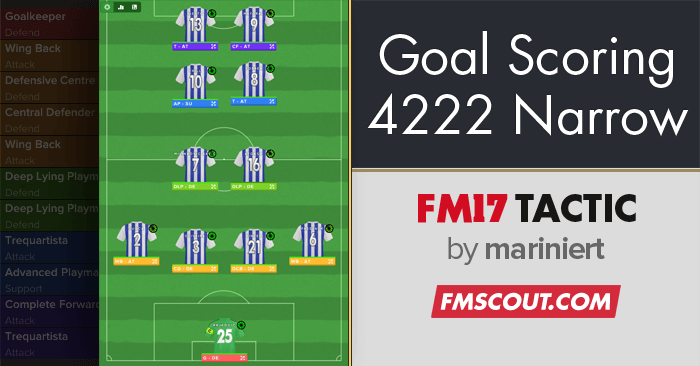 Hey guys.
This is my 4-2-2-2 Narrow formation. My intention was to create a tactic which is possession based but can still score loads of goals. The possession part is a 50-50%. Sometimes you will dominate your opposition, but you could also get a open game. But I can assure you that you will score goals. I'm using this tactic with Real Sociedad now in my 5th season and we were always the top scoring team (except season two that was just bs and I almost got sacked). 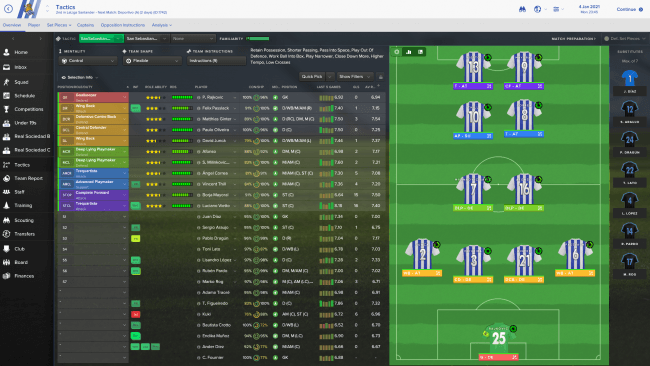 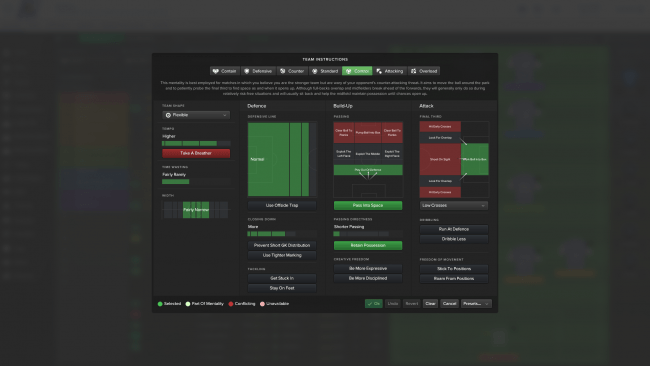 Both strikers need to be very all-rounded. They obviously need to score, but they also have to have good passing and crossing stats. Just decent all-rounders.

Both CAM are like the counterpart of the strikers. They also need to be very all-rounded. Obviously good playmaking stats are necessary, but they will also get into finishing position very often so nice finishing and long shots would be useful.

The CM should perform like CDM but in an advanced role. So they have to have good passing and vision. Maybe long shots too. But a few good defensive stats are necessary, as well as a good work rate.

For the fullbacks, just normal fullbacks but they are playing as wingbacks. That means beside the defensive stats they should be able to cross the ball and have a decent work rate.

The rest of the defense doesn't need anything special. Just go for the things you would go for anyway. 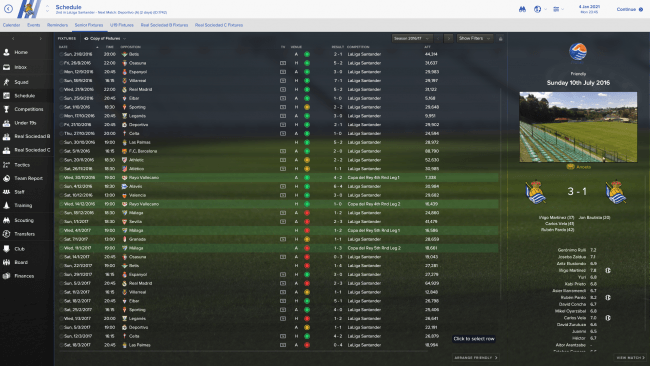 In the first season I was able to finish 4th and I think I had the best offense. There were also some nice results like the 7-1 against Villareal or the 5-2 against Real Madrid. But there were also games we got almost destroyed like the 0-4 against Las Palmas. 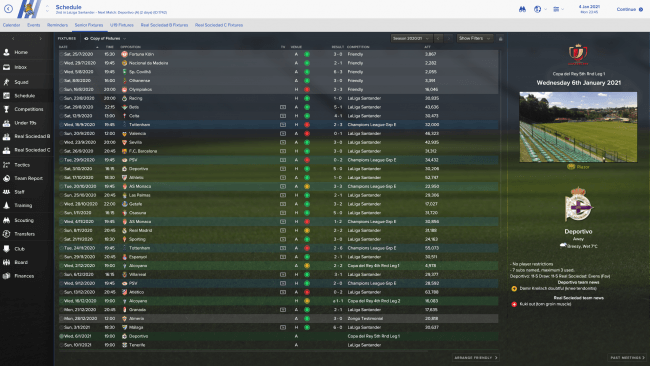 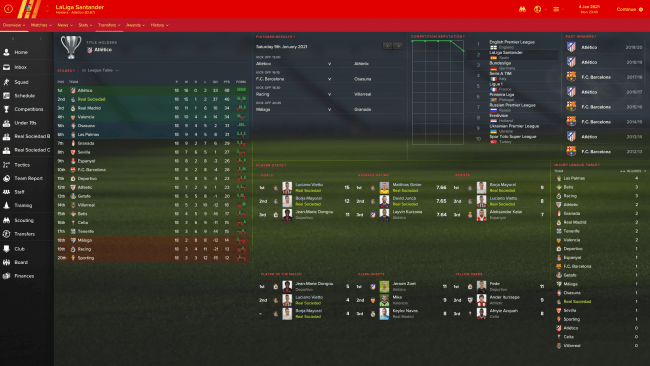 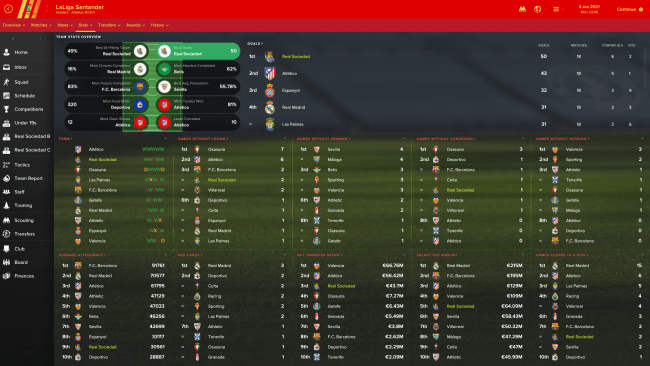 This is now my 5th season and I should easily be able to qualify for the Champions League and maybe even win my first league title. As you can see we are currently top goal scorers with 50 goals after 18 games.
I like this tactic very much and it's most of the time quite fun to watch, despite I wasn't able to win any titles besides the Copa del Rey in the second season when I finished 15th. This saved me from getting sacked. This was also the only season that I didn't qualify for the Champions League.
But let's not talk about that because until now that hasn't been a successful competition in my career as Sociedad's coach.

I don't use OI and my training is very balanced.

I'm interested to know if this tactic works for you too if you try it.