Search
On FM Scout you can chat about Football Manager in real time since 2011. Here are 10 reasons to join!
Home › Downloads › FM 2017 Download Area › Football Manager 2017 Tactics ↓
Download Now
Downloads: 5021 / Size: 39.9 kB / Added: 2018-08-31
Since I started playing FM, I have created numerous tactics that worked well, however this is the first time one of my tactics have become so dominating both defensively and offensively.

The philosophy behind this tactic is to be defensively solid as well as offensively sound hence the name "Passive Aggressive". The idea for defensive part of the game is to have a lots of possession which limits the number of shots by the opposition and also it frustrates the opposition and creates an opening in the process. The idea for attacking part is to have a lots of shots which increases the chance of scoring (note: players with high, 15+, long shot attribute is very important for this). 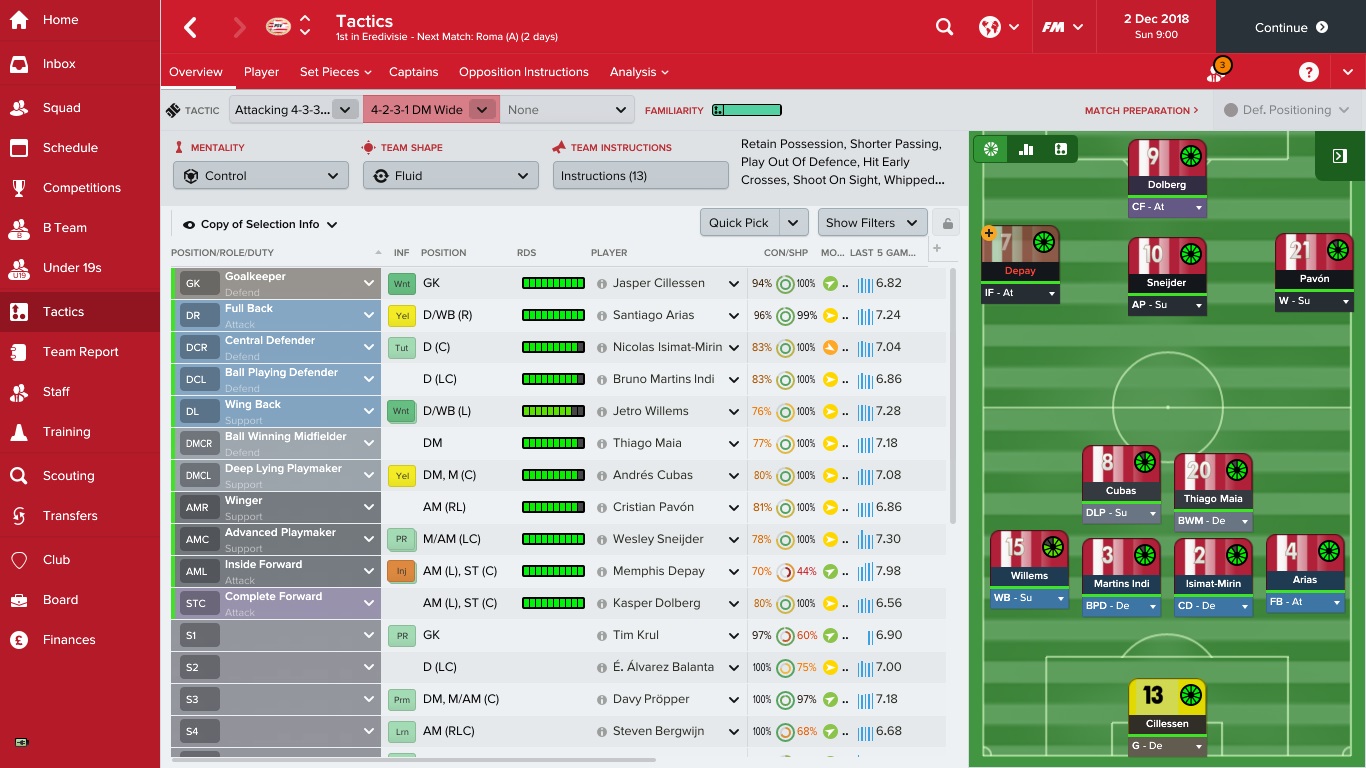 This tactic is divided into two segments, Defense and Attack. You might be wondering, what about the midfield? Well, the way this system works, with high possession, the ball is around the center of the field or the opposition half most of the time. Thus making the whole team a midfield collectively.

The goalkeeper, back 4 and 2 DM's are the defensive unit of the team. Basically, how the defense works is, the back 4 maintain their structure except the full backs push a little higher while attacking to cover the void left by those wingers cutting inside.

The 2 DM's have the most important role in having an almost unbreakable defense. Those two defensive mids stand like a concrete wall in-front of the defense line making it almost impenetrable through the middle. The chance of conceding a goal with a through ball through the middle is around 0.5%.

The roles of fullbacks is also very important, it might be odd to have attacking wing back and full back in this formation but trust me, without them on attack the system crumbles and the wide areas become vulnerable. The roles of defensive mid must be same as I have kept as they help a lot in attack too.

The most important part of attacking side of this tactic is to have as many shots as possible. The inside forward of the left cuts inside and shoots more often so player with very good dribbling and long shot stats is recommended.

On the other side a fast winger with a great crossing is needed in order to supply good cross for the complete forward and the inside forward waiting in the middle.

The Advanced Playmaker on support is the one who dictates the attack. His job is to look at the situation and act accordingly, like if he has an open shot, he takes it or if he sees a team-mate in great position, he passes. He needs to be a very technical player with great vision.

Remember I told you not to change the roles of the DM's, yes this is where the DLP comes in for attack. While the BWM holds the defensive position, the DLP becomes the 5th player to attack making the opposition D box area crowded with our players.

If you're wondering about the team instruction, here it is: 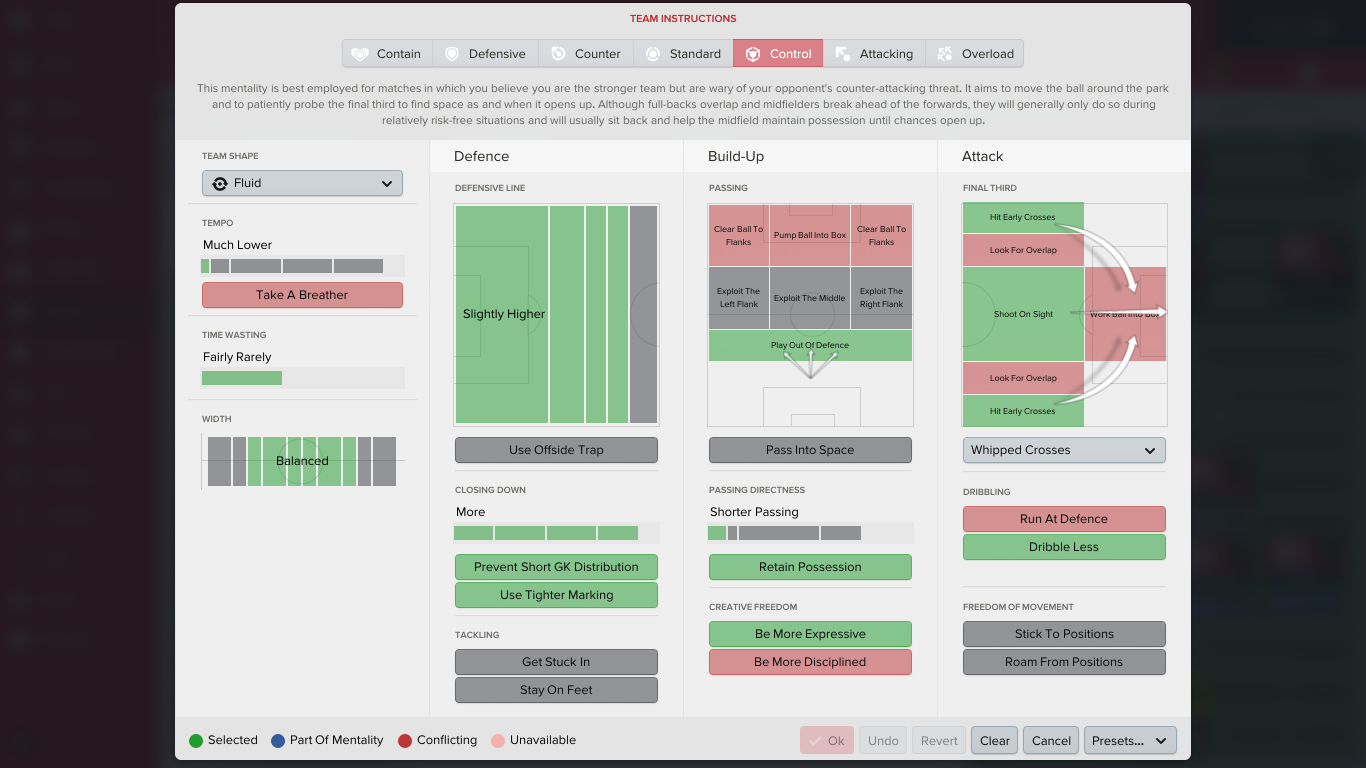 There is nothing much to explain about the team instruction as I have already explained most of them already.

Here are some results. 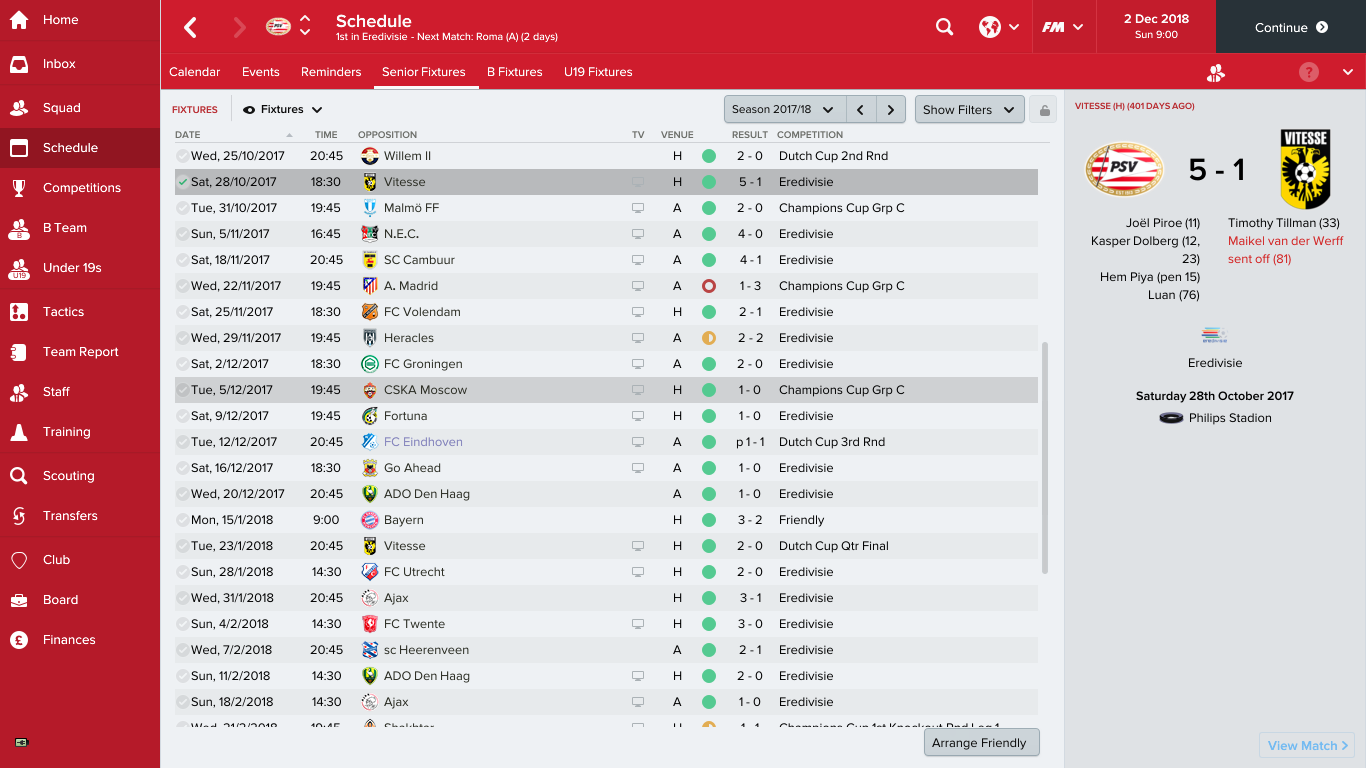 The best thing about this tactic is that you don't concede a lots of goals and you can win with scrappy 1-0's too. Here I only conceded 13 goals the whole season with PSV, winning the league with 7 games to play 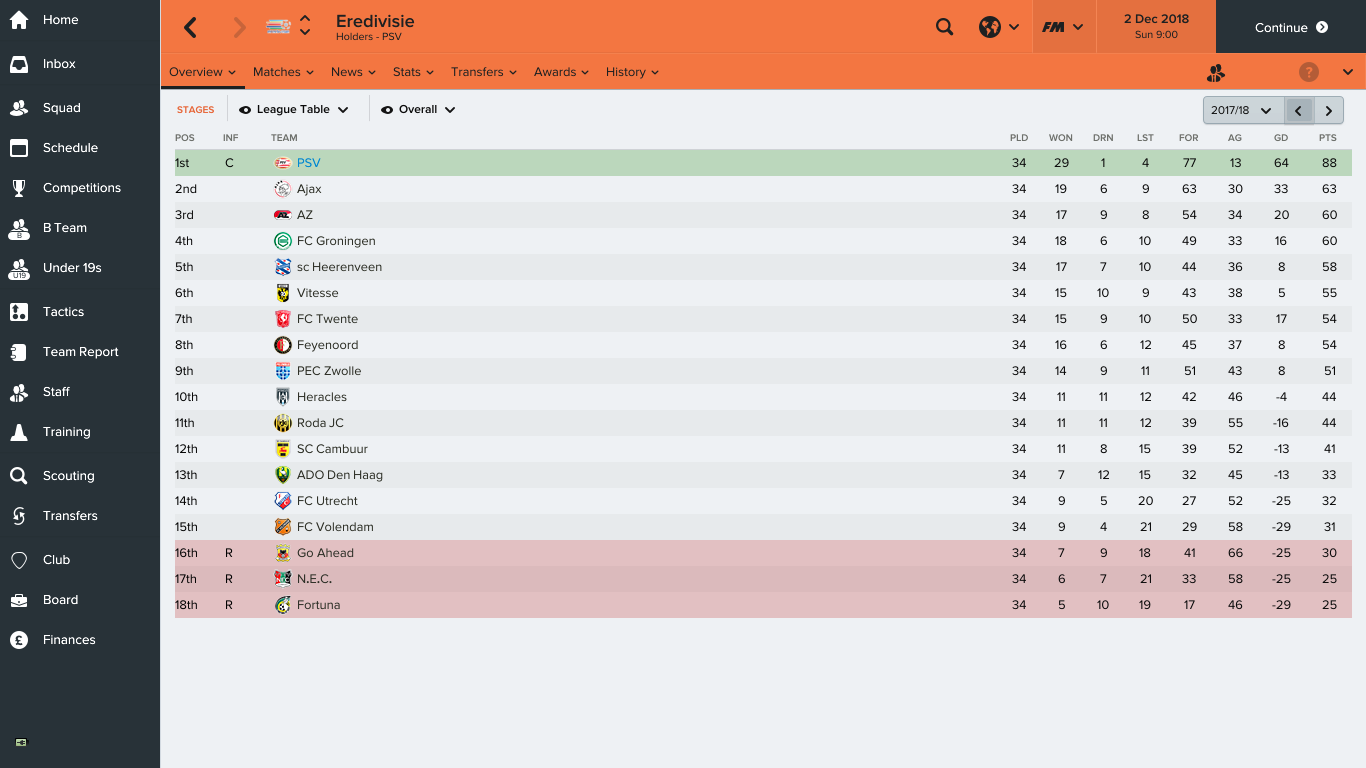 I hope this helps you guys.
Cheers