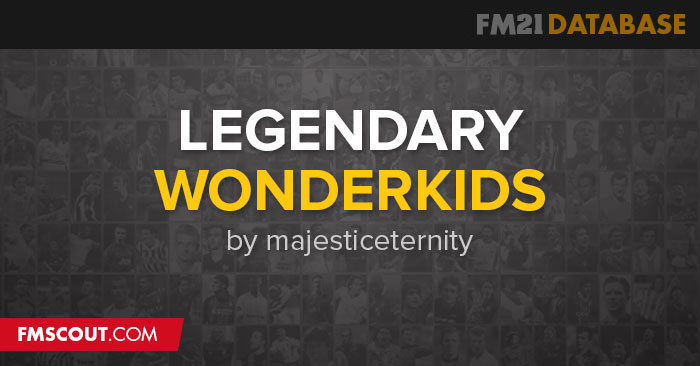 In FM, there are only 70 players under 30 in the entire world that are top quality. Only 10 clubs have more than 3 of these top players. Only 2 players come close to the 200 Potential Ability the database allows.

Sometimes, it is nice to play against the best of the best. Against a stacked team of immensely formidable opponents, that make you shake in your managerial boots. To watch elite players dribble and pass their way to a goal, like no others can.

To re-pave history and watch legendary careers unfold again. To manage a player with a personality more unique than almost any default database player.

Realistic Club Contracts:
All players start at a club. It may be the one they first played for, or a club they spent the majority of their career with. Some players have Future Transfers, for those who started at a smaller club, then transferred to a club they are known for.

Each players has a Preferred Squad Number, the one they are most known for.

Minimum Fee Release Clause:
Some players spent their entire careers at one club. In an effort to recreate this in FM, those ones have been given extremely long contracts, with impossibly high Release Clauses.

Complete Personality Information:
Adaptability, Ambition, Controversy, Loyalty, Pressure, Professionalism, Sportsmanship, Temperament have all been filled out for every player, according to their real life careers, actions, life events, etc.

Job Preferences:
Some players went on to be Managers, Coaches, or Scouts. These ones have a preference for those jobs when they retire.

Career Plans:
Every player has Career Plans set, based on clubs they played at in real life, nations they avoided, clubs they fell out with, or rivals of their favorite clubs.

Current Ability/Potential Ability:
Every player has an individual CA/PA, based on their specific skill set

Reputation:
Reputations set based on a combination of their real life career popularity, starting clubs, and CA/PA. For example, Messi playing at Barcelona as the highest PA, has the highest reputation. But Edward Szymkowiak, a Goalkeeper playing in a 3rd division Polish club, would be much more obscure.

Position:
The main positions they played are set, along with a Preferred Central Position, if they had a preferred side, or were very one-footed.

Completed Player Attributes:
All Mental, Physical, and Technical Attributes filled out, according to their real life play style. Many articles were read on their style of play, along with videos watched to get a better idea.

As these players are starting as youth, some attributes like Teamwork, Consistency, Leadership, and Mental Attributes had minor reductions. This makes it more realistic, that the players must learn and grow into better players. They are young, inexperienced, and unproven in the world of FM.

Realistic Injury Proneness:
Every player is still human, and susceptible to injuries. If they were plagued by injuries during their career, they will have high injury proneness in FM.

Preferred Moves:
Every player has individually assigned skills, based on their style of play, personality, attributes, and careers.


For example, a player with brilliant dribbling, endless speed, and lots of flair may also Try Tricks and Run with the Ball Often. Another player, who had many fouls, was prone to temper tantrums, and aggressive may Wind Up Opponents and Argue with Officials.


Favorite / Disliked People:
Players often created bonds with those they came in contact with during their careers. Some of the more important relationships were added. While this isn't always realistic(they may not know these people yet), it helps to recreate and encourage the friendships for FM.

Favorited / Disliked Clubs:
Clubs were added to these sections based on a few things: Statements made by the player, clubs they played at, or rivals of their favorite clubs. This will help to keep their transfer movements realistic, so you should not see Puyol move to Real Madrid. But, some players had no loyalties, and no disliked clubs, so they may move to club rivals. 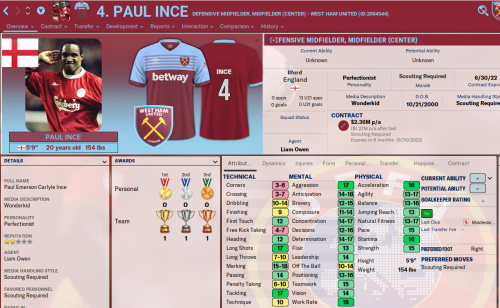 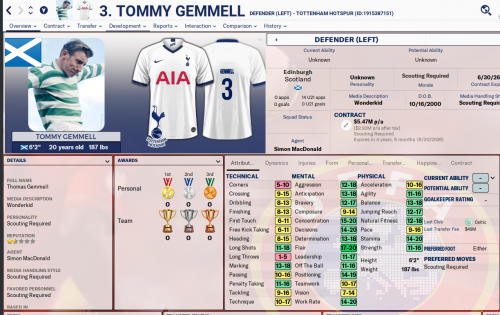 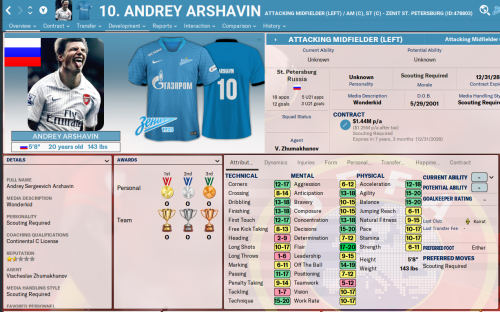 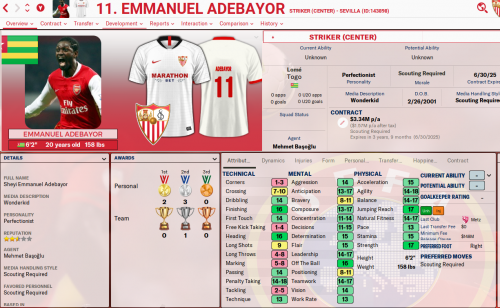 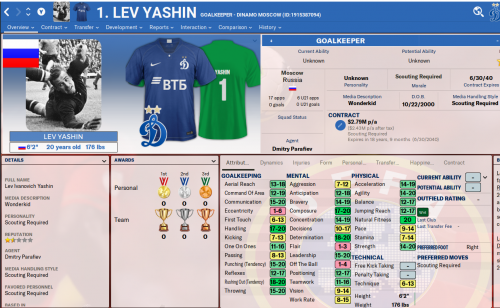 1. Make sure the file is placed at the top of the list when you select all your editor data files. This prevents ID changes when loading multiple files that add people.

3. Load your save, clear the cache, reload the skin.

Place in Documents\Sports Interactive\Football Manager 2021\editor data folder.
Start a new save.
When selecting the database(before Advanced Setup), be sure to select the checkbox to enable this file.