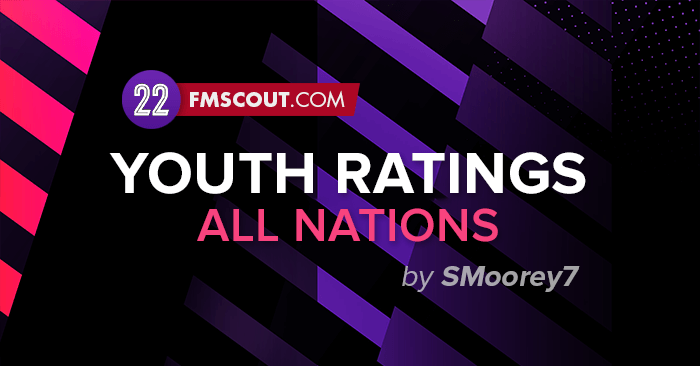 Dynamic youth ratings is a new feature in Football Manager 2022. A rather important one as well. This is the full list of of all nations and their starting youth ratings.

What is the concept of dynamic youth rating?

Basically this number used to be static, so even if you played as Wales for example, won the World Cup with them, got Swansea winning multiple Champions leagues or even a welsh team doing that, the number wouldn't change, so there would always be a less chance of superstar regens coming out of Wales than say Brazil.

Now, in FM22, this number can change, still trying to figure out exactly what but I assume winning international tournaments and clubs from that country will do well, and that can increase this rating meaning you have a higher chance of better regens coming through.

Do you have to manage a national team as well?

I'm not sure to be honest, we don't know what is more important, domestic sides success and league reputation, or international success. It's going to take a bit of testing to figure out, but I assume you can just manage a club save and if you get them in the top 5 leagues I'd assume the youth rating would increase.