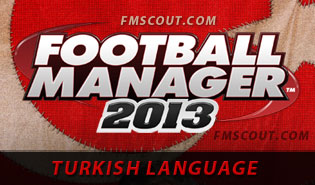 Even though the first official announcement for Football Manager 2013 is expected to arrive sometime around late August, we can already confirm something new about it.

Miles Jacobson, studio director at Sports Interactive, has officially announced on his social media accounts that FM 2013 will finally include Turkish language on the PC/Mac editions.


Here is the official statement:

A few years ago I stated when we reached a sales milestone in Turkey, we'd add Turkish language to FM PC/Mac.
We finally hit it on Friday.
Therefore #FM13 will ship with Turkish language - people of Turkey, please don't let me down. #Buy FM13, don't pirate it.


Piracy of Football Manager in Turkey has reportedly been in high levels during the last few years, but it seems there was a significant increase in sales that forced Sports Interactive to finally add Turkish language to the game; due to popular demand as well.