Search
On FM Scout you can chat about Football Manager in real time since 2011. Here are 10 reasons to join!
Home › Scouting › FM 2021 Best Players ↓ 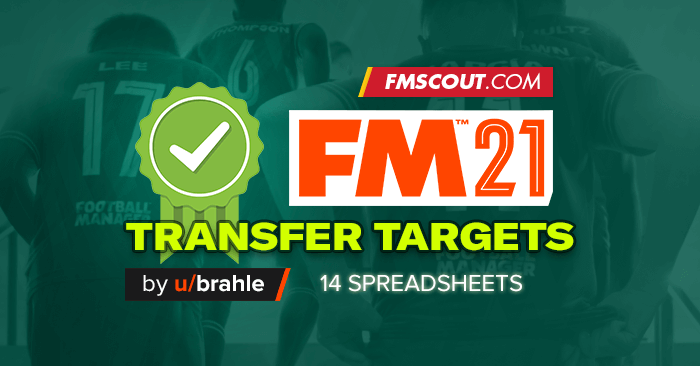 This is a series of spreadsheets that help you find the best transfer targets in Football Manager 2021 for your team.


This brilliant work is created by u/brahle and shared here with his kind permission.


Looking to show some oomph in the transfer market but your club isn't exactly rolling the dough? After you spent all of the money signing young "affordable" wonderkids like Yusuf Demir, Joao Pedro, and Denys Popov, you still have a gaping hole at left-back? Or do you just want to sign a cheap back-up option for your right-winger in case you get ravaged by injuries in the shortened season? Fret not, for these Spreadsheets can help you.


The short version is that I've taken ~170K players, rated their attributes to assess how well would they play a given role, and given them a score for the position. I've also found expected scores your players should have based on the league and season targets, which should help you find the appropriate targets.

So, without further ado, the lists:


I've rated each player based on the attributes required for a given role and calculated a standard score (also known as z-score), thereby creating a metric that allows you to compare a player to all other players that can play on that same position within the same role. This made it straightforward to find the best transfer targets at the start of the game for various categories of players, as a higher z-score is better so it was just a matter of sorting a given set of players. The players were divided into "tiers", based on their age and their in-game valuation.

Each spreadsheet has the top 10 players for each role in each of the following "tiers":


Currently, the ratings are not including the hidden attributes.

The scores are not necessarily limited on either side, but they range from -3 to +5.5 (Messi). The average player who can play a given position will have a score of 0, but the average player is pretty bad since a lot of lower-level players are included. 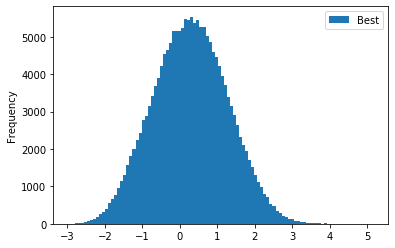 How to use the Spreadsheets

There are 14 documents, one per position. Each document has 16 different worksheets. The first worksheet in every document is a list of leagues, and a recommended minimum standard score when looking for a transfer target for a given level (best in the league, title challenge, mid-table, substitute, or backup). The remainder of the sheets shows different tiers of players.

My recommendation for finding the right players is:


Pro-tip: You can add a filter and then use it to sort or filter for the role you care about.