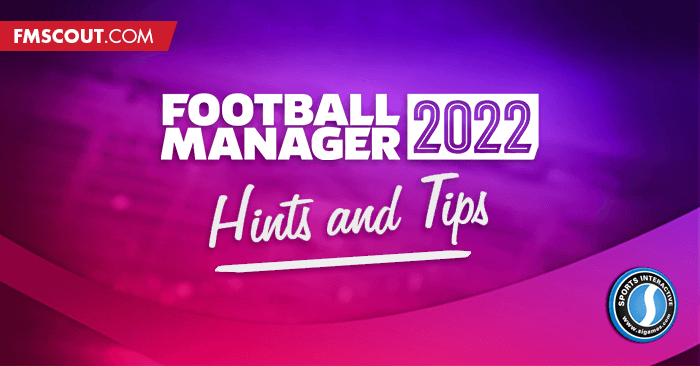 When an icon with an orange cross appears next to a player it indicates he is carrying a knock.

Using easy or normal tackling in a match will reduce the risk of your team picking up cautions or red cards, particularly if the game is being officiated by a strict referee.

Be aware of how the weather can affect your team's performances. Bad conditions are more likely to penalise those who play a short passing game, try adopting a more direct style at times like this.

Players with low stamina may tire and struggle to play at their best, particularly in poor weather conditions or high tempo games.

When watching a match you can keep an eye on the opposing team's formation and changes made during the game by using the Touchline Tablet.

There are a veritable wealth of player roles which carry subtle changes depending on the duty they're paired with. Pay close attention to the information presented with each as it will affect the performances of the player accordingly.

Constantly changing your tactic and making dramatic alterations to the style of play will not help your players settle or find their rhythm and is likely to have an adverse affect on the team's performances.

Time-Wasting is useful late in the game but be sensible - employ it too early it can backfire and cost you the game.

Taking the time to set up player positions on set-pieces can be very rewarding. Taking advantage in these situations is often the difference between a draw and a win.

Allowing your players to close down often will naturally put the opposition players under duress, but be aware that good players will find ways to avoid pressure and expose your team.

Players who pick up knocks but have no injury indicator may be able to shake off their injury and return to a good level of fitness later in the game.

Determination can be a key attribute. Players with low determination usually react badly to going a goal down.

A higher line of engagement instructs players to actively press the opponent in possession further up the pitch. The first player will trigger the press, then the supporting players will support by blocking passing lanes, with freedom to move further away from their tactical position to disrupt the opponent's build-up.

A much higher line of engagement instructs players to actively press the opponent in possession much further up the pitch. The first player will trigger the press, then the supporting players will support by blocking passing lanes, with freedom to move further away from their tactical position to disrupt the opponent's build-up.

A lower line of engagement instructs players to wait until the opposition come towards them before engaging them in a pressing game. The first player is unlikely to trigger the press, but will instead look to block passing lanes. Other players will follow suit while retaining much of their tactical positioning as they bid to condense the available space to play in.

A much lower line of engagement instructs players to wait until the opposition come much closer them before engaging them in a pressing game. The first player is highly unlikely to trigger the press, but will instead look to block passing lanes. Other players will follow suit while retaining much more of their tactical positioning as they bid to condense the available space to play in.

If you find you're leaving too much space behind your defence, try adjusting your defensive line.

When playing against a strong team, you may get some success by playing on the counter attack. This can be particularly effective when playing away from home.

When trying to hang onto a result, a good way to wind down the clock is to employ time wasting tactics in the latter stages of a game.

Defenders with low concentration are more prone to making costly mistakes in defence.

Strikers with low composure are more prone to buckling under the pressure and missing one-on-one opportunities to score.

New signings need time to settle in and gel with their new team-mates.

Too many new signings in a short space of time can upset the balance and rhythm of your team.

Foreign players with a distinctly different football cultural upbringing may take a while to settle into playing a different style of play.

The 'Pass Into Space' team instruction will encourage your players to look to pass the ball into open areas of the pitch for their team-mates to run on to, rather than directly into a team-mate's feet. This is ideally employed when your team possesses quick players who will be able to reach the ball ahead of the opponent and can take advantage of the extra space.

The 'Shoot On Sight' team instruction will encourage your players to take a shot at goal as soon as an opportunity presents itself. This can be effective if your team includes a number of capable finishers, but also increases the number of low-percentage efforts from distance.

The 'Work Ball Into Box' team instruction will encourage your players to attempt to play their way into attacking positions with patience and creativity. This is ideally employed when your team features quality attacking playmakers and effective passers, but is a strategy which may struggle to break down well-organised teams that defend low.

The 'Focus Play Through The Middle' team instruction will encourage your players to contract the pitch and play the majority of the game in central areas. This is ideally employed when your central players are among your most effective, or when the opposition is struggling at centre-back or in central midfield.

The 'Overlap' team instructions will encourage your wider players to hold on to the ball and wait for the full-back to overlap them into an attacking position. This is ideally employed when you have a very effective attacking full-back and can be an additional tool in breaking down tough defences.

The 'Get Stuck In' touchline instruction will encourage your players to be more aggressive in the tackle and assert themselves on the opposition in a bid to get the upper hand psychologically and physically.

The 'Stay on Feet' touchline instruction will encourage your players to stay on their feet when tackling rather than diving in and going to ground. This reduces the chances of an opponent hurdling an attempted tackle and leaving your team outnumbered in defence.

The 'Run At Defence' touchline instruction will encourage your players to dribble at defenders when attacking. This is most effective when your team possesses quick and agile dribblers who can beat their man and take full advantage of their abilities.

The 'Play Out Of Defence' touchline instruction will encourage your defenders to look to build attacks from the back with shorter passing rather than a more primitive long-ball forward.

The 'Hit Early Crosses' touchline instruction will encourage your players to put crosses in almost as soon as they pick the ball up in wide positions. This can be an effective strategy if you also have forwards with high off the ball and anticipation ratings, as they will be able to take full advantage by reacting first.

When preparing to trigger a high press, try to identify players in the opposition's defensive line with poor Composure, Technique and First Touch to target and force into mistakes.

Make sure you have your team trigger a high press when a weaker opposition defensive player receives the ball. This will improve the chances of them conceding possession in valuable areas.

Try to limit the high press to be triggered on a single opposition defensive player. Attempting to trigger on multiple players can have a negative impact on the team's pressing structure.

If the opposition has a defensive player with very good Composure, Technique and First Touch, it might be advisable to never trigger a press on them, as they have the skills to break the press.

If the opposition has several defensive players who are skilled at evading the press, be sure to focus on the weakest, or perhaps avoid triggering a press altogether in these circumstances.

When considering a pressing scheme in any area of the pitch, try to identify the opposition player least comfortable in possession and direct the trigger there.

Always try to ensure that a maximm of one opposition player is identified as the potential trigger point for a press. Attempting to trigger a press on more than one player will likely result in diminishing returns and can compromise the team's defensive structure.