It's Geotimshu here with my first ever tactic upload! Have been quietly playing FM for 7 years now! Haven't shared before, but after 2 seasons with Brentford, I knew I had to share this tactic with the world.

Philosophy
This tactic is about ball domination with built-in risk. Combining high possession with creativity, flair and ultimately chance creation! Winning the ball back through work-rate based press, yet still remaining in good shape and structure results in strong defensive performances! This philosophy runs as a core through both the Home and Away tactic yet executes differently depending on the system.

Formation
As previously highlighted, this tactic consists of both a Home and Away. 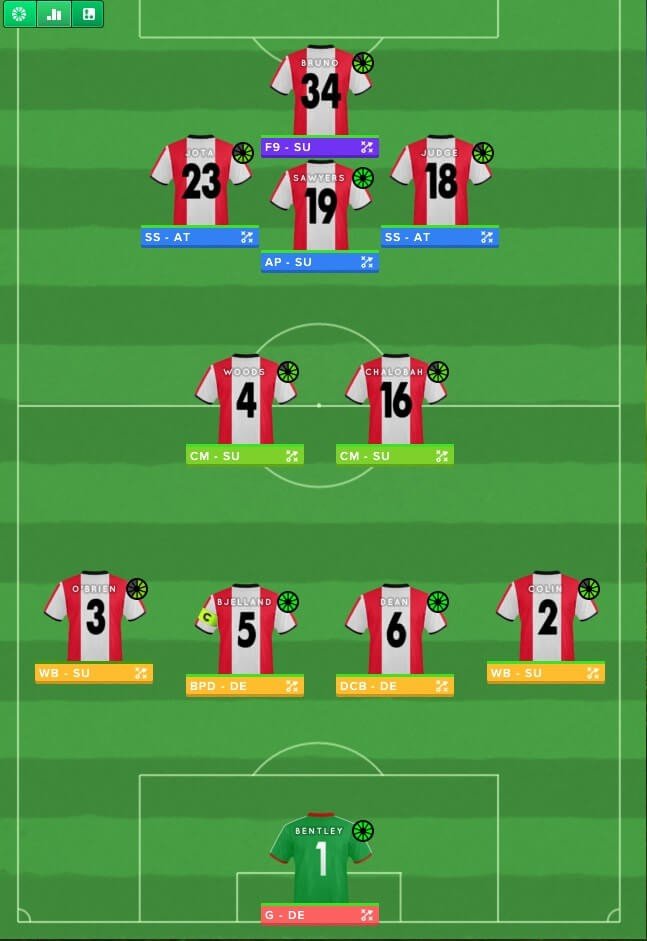 Training
This approach to football requires a balance of ball control & athleticism!
I want youngsters coming through the club to have complete control and technique with a football therefore I had U18 + Reserves general training always set to Ball Control (average intensity, a days rest after the game).

Pre-season
General Training set to Fitness (average intensity) with match training set to maximum on Match Tactics! No day off!
If you have more than 3 new squad members set general to Team Cohesion.
I won't touch training again until tactics are at least accomplished!

Results
Won the EFL Championship first year with Brentford (with next to nothing spent). First season in Premier League, I took Brentford to a 8th place finish defying all expectations!