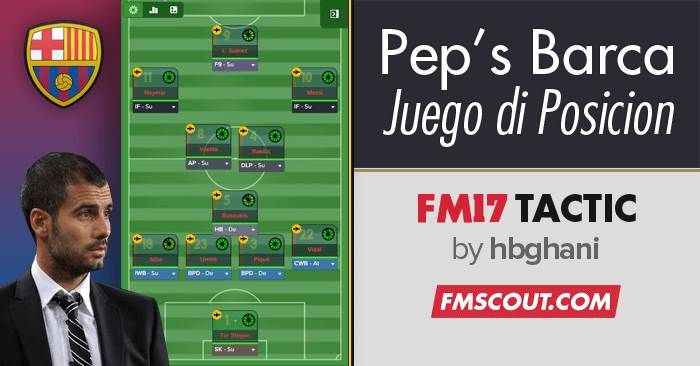 Today I will be posting the Positional Play inspired by the great work of late Sir Johan Cruyff and Pep Guardiola who won the Sextuple with Barcelona in 2008/09 season and a quintuple in 2010/11.

So let's start with the basic explanation. 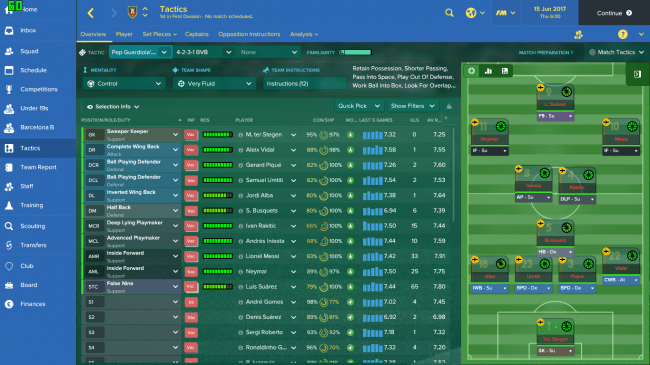 Sweeper Keeper/Support:- As you all know Pep always prefer a goalie who is comfortable with the ball at his feet like he used Victor Valdes for ball distribution while his time at Barca. Key attributes for this role will be Passing, Positioning and Off the ball You can also switch this to Attack which will be like the Neuer role

Bpd's/Defend:- With the play out from defense instruction, you need good defenders who are capable of playing the ball without any problem. Key attributes for this role will be anticipation, passing, off the ball and vision.

IWB:- This role basically gives the chance to the AML to provide width to the pitch while the IWB sits narrow and do some defensive work like Abidal used to do.

CWB/Attack:- This role was performed by Dani Alves who had a rock solid chemistry with Messi on that right flank. The cwb role allows the wing back to stay wider, providing the width and getting into opposition half while he is also capable of tracking back of defensive duties.

Half Back:- This role is the backbone of your team. Like Pep, who also used to play as a pivot in his time at Barcelona, the pivot mainly recycles the lost ball and sits deeper b/w the bpd's to give them a chance to push up.

Attacking playmaker & Deep Lying Playmaker/Support:- This midfield duo combines to build your teams gameplay. Obviously Pep had Xavi as a dlp who had a great vision due to that also he is known as 'La pause' meaning 'The Pause'

Inside Forwards/Support/Attack WIth the IWB sitting narrow you need you Left IF to stay wider while the Right one to stay narrower due to the width cwb is providing. You can set either attack or support duty for this role but i'd prefer setting only the Left IF to attack.

False 9/Trequartista:- Pep used Messi as his f9 or trequartista who could operate in the attacking mid to lay short passes to his team mates around him. I used Suarez as a f9 because of his strength to do some defensive work for me. 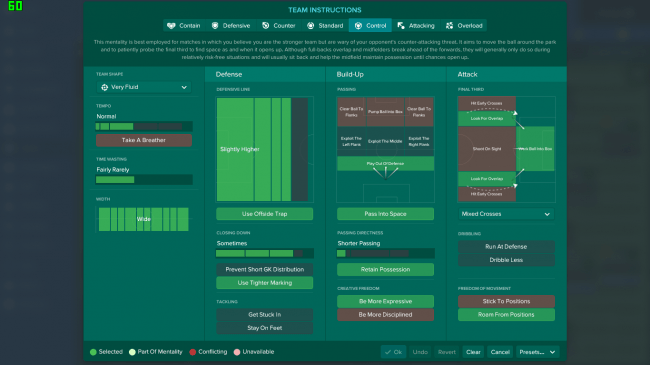 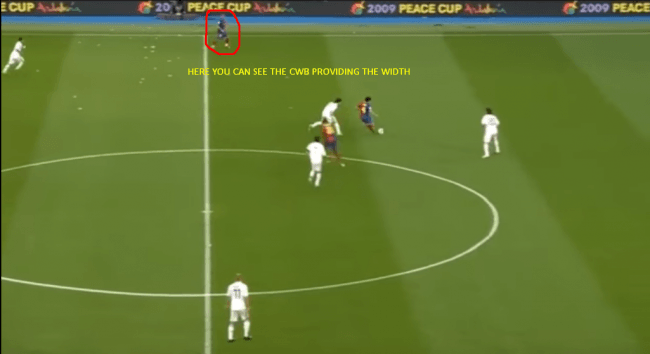 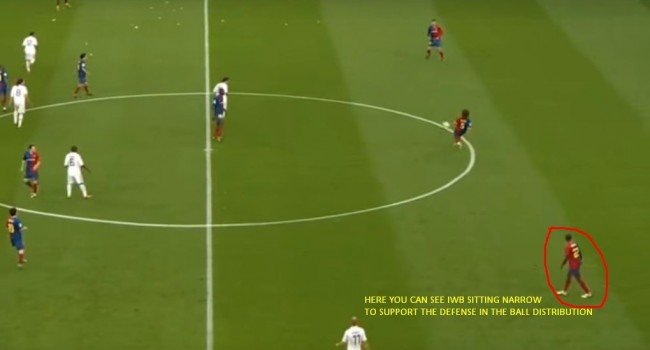 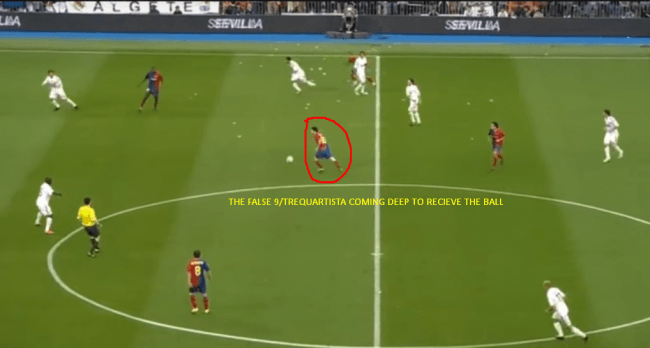 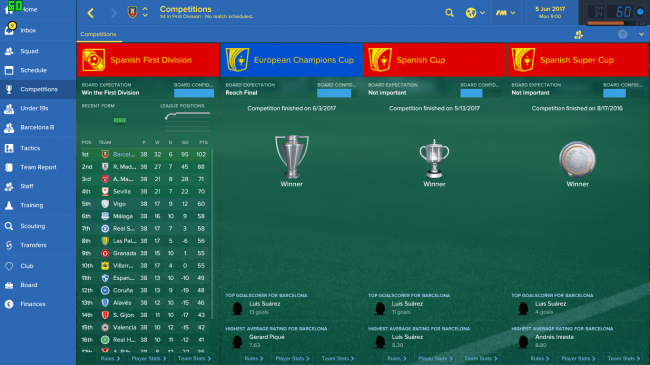 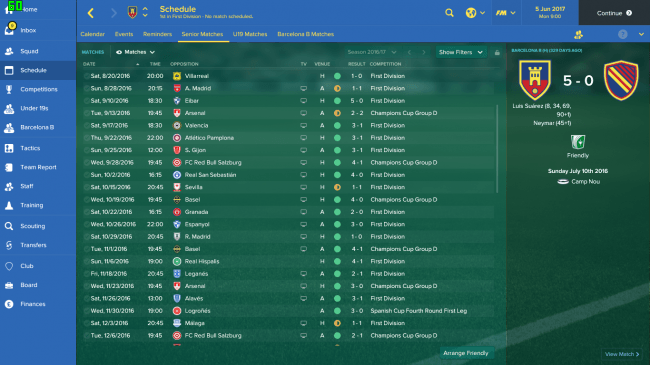 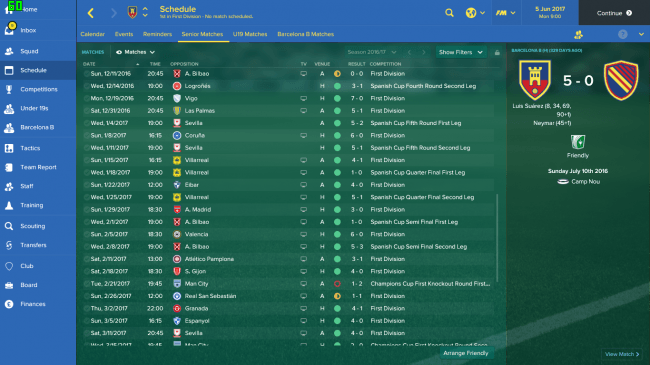 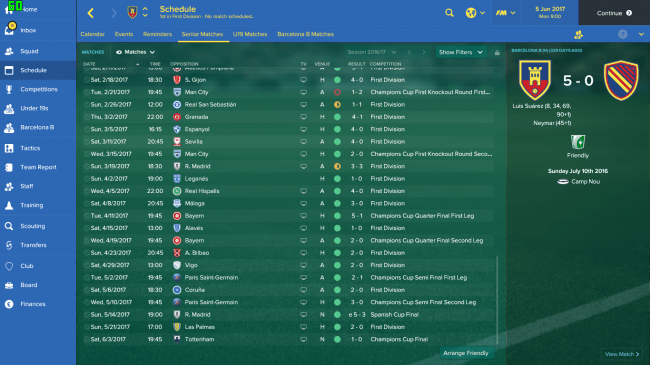 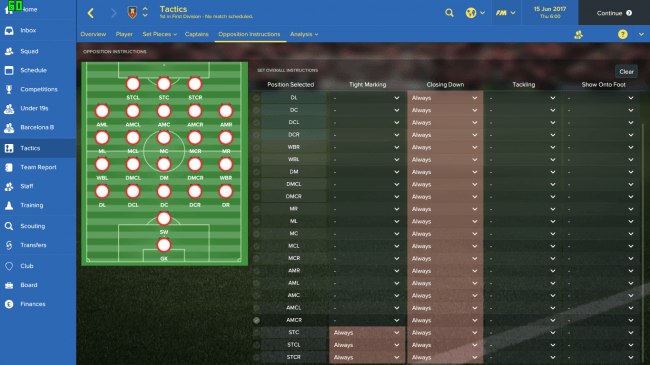 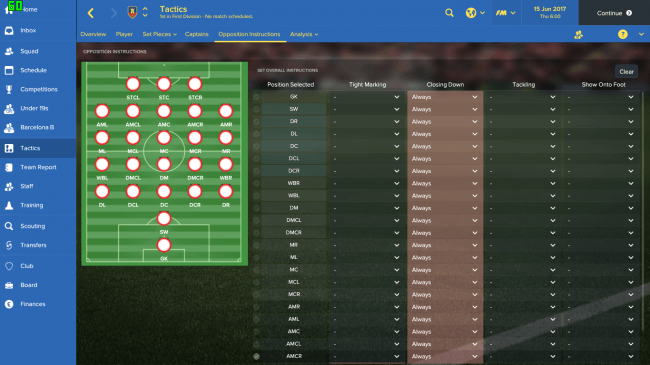 -For Training, do Fitness on high for the pre-season and Tactical on average and Ball control in the month of April.
-For this tactic you'll need intelligent players so I haven't tried this tactic with weak teams.
-I also attached a 4-2-3-1 counter attacking tactic with it. But I only used it in one match that was CDR final against rm when I was 3-1 down and 10 minutes were left. I went on to win the game by 5-3 I think.