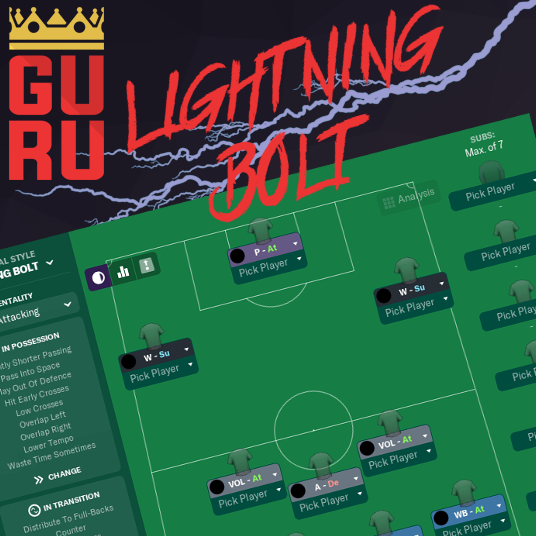 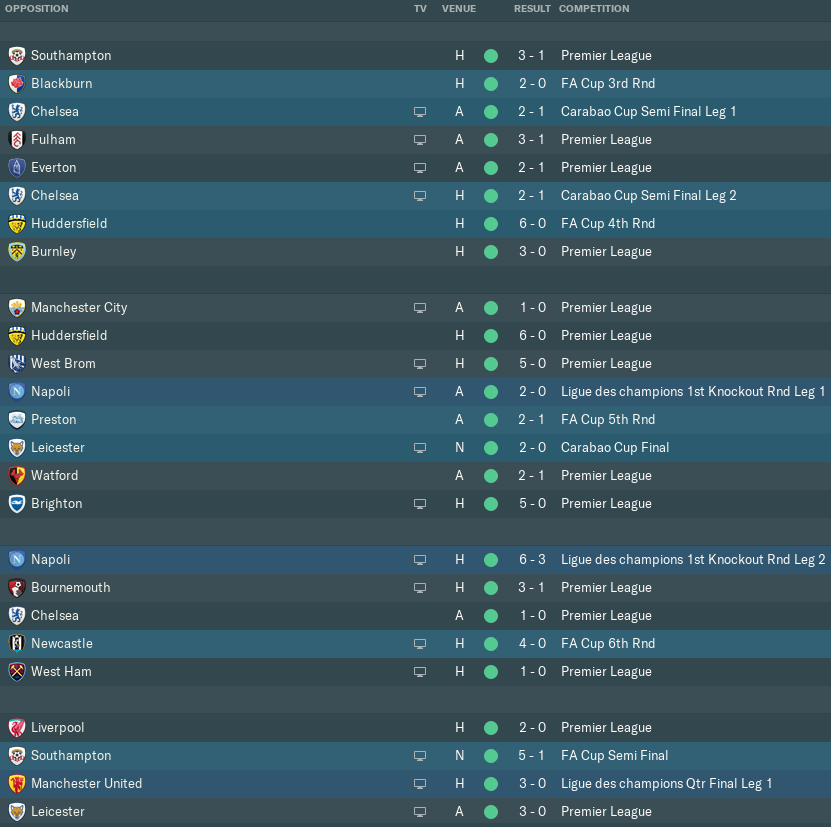 Firstly, you should know that even if the tactic was tested with decent success on lesser & bigger teams, it might not work with yours depending on the players you have as it revolves strongly on the 2 Volante in the midfield. If you do, however, have all the players fitting the roles, then by all means, enjoy the show.
Also, you may notice some similarities with one of Knap’s tactics. I was already working, on streams, on this tactic for quite some time when Knap’s one came out, but since we went for the same formation, I looked into it & used some parts to complete my own (Mostly the Anchor role & the overlaps instructions). 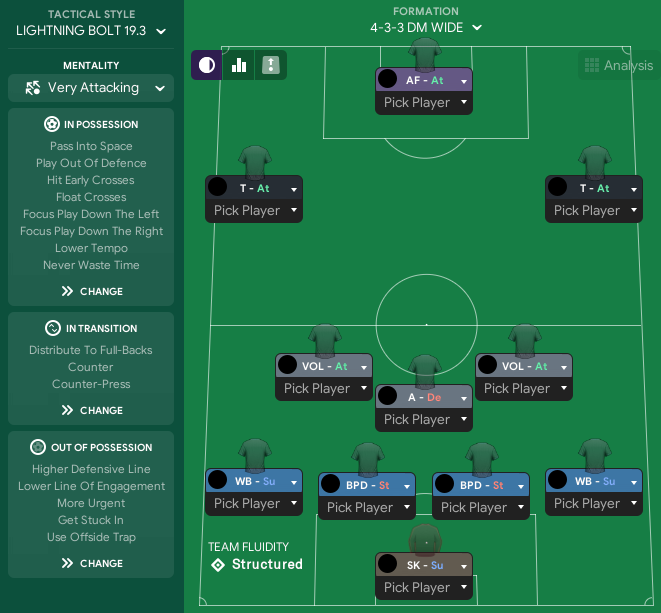 If your playstyle is about patience, slow build-up, long periods of possession before attempting a shot, this tactic isn’t for you :p
As its name suggests, Lightning Bolt is a fast paced formation that gladly gives away the possession & a huge part of the pitch in order to make an even better use of it once your players get the ball back.
What to expect ? Anyone can give an assist at any point in time. The poacher makes deep runs often, & thanks to the pressing line not too high, he has the space to do so, allowing your central defenders & defensive midfields to attempt long passes behind the opposition.
A pretty big part of your plays will happen on the wings, you will notice a soft spot in play between your Winger, WingBack & Volante, that often play in a short triangle in order to get rid of the opposition and make enough space for one of them to make a run for it.
Your Volante can even break through the center with the ball should the need arise. All in all, the danger can come from anybody anywhere on the pitch, the more you’ll have quality players, the more you’ll notice this. Note however than the tactic still works very well with minor sides, as you’ll be able to see, I’ve managed to win the EPL + the FA Cup & go out in the final of the Carabao cup with Fulham first season without touching the mercato You can allow yourself to be on your backfoot thanks to the 3 defensive midfield (even though two of these are attacking volante). That gives your team a natural low defensive block in the middle of the field hindering the opposition possession, forcing them into awkward positions, taking long shots or just losing the ball, and before they know it, it’s in the back of their net

There are no OIs involved (I don't use them, but of course, feel free to do so )

Most of the player profiles to look for are pretty standard. There are a few things you should look for however.
Wing backs : Your wing backs have an offensive role and will go up the pitch, therefor, a decent technique will be a plus, but you should still prefer someone able to defend. The key attribute is the ability to cross obviously

Wingers : The only thing to note for wingers is that it’s alright to have a left footed player on the right wing. More often than not, if it’s their natural position, they will perform better that way.
Striker : It’s always better to have someone that knows how to run, good speed is appreciated, but his Off the Ball abilities will make him shine. Bonus if he’s decent in the airs.
Volante : The trickiest for the end. You can actually play various types of players as Volante, more physique oriented ones, or more technical players, or even more defensive. There are a few key attributes in my opinion to make it work in this tactic. The two most important to me are Work Rate & Tackling. If a decent 12+ Tackling will do, you might wanna look for 15+ Work Rate. After that, obviously, stamina is a big part of the player & his passing, vision will have a lot to do with his performances. Bonus if he’s good at long shots.

Every screenshot has been made on the first season with no transfers involved (Liverpool & Juventus was on the same save). 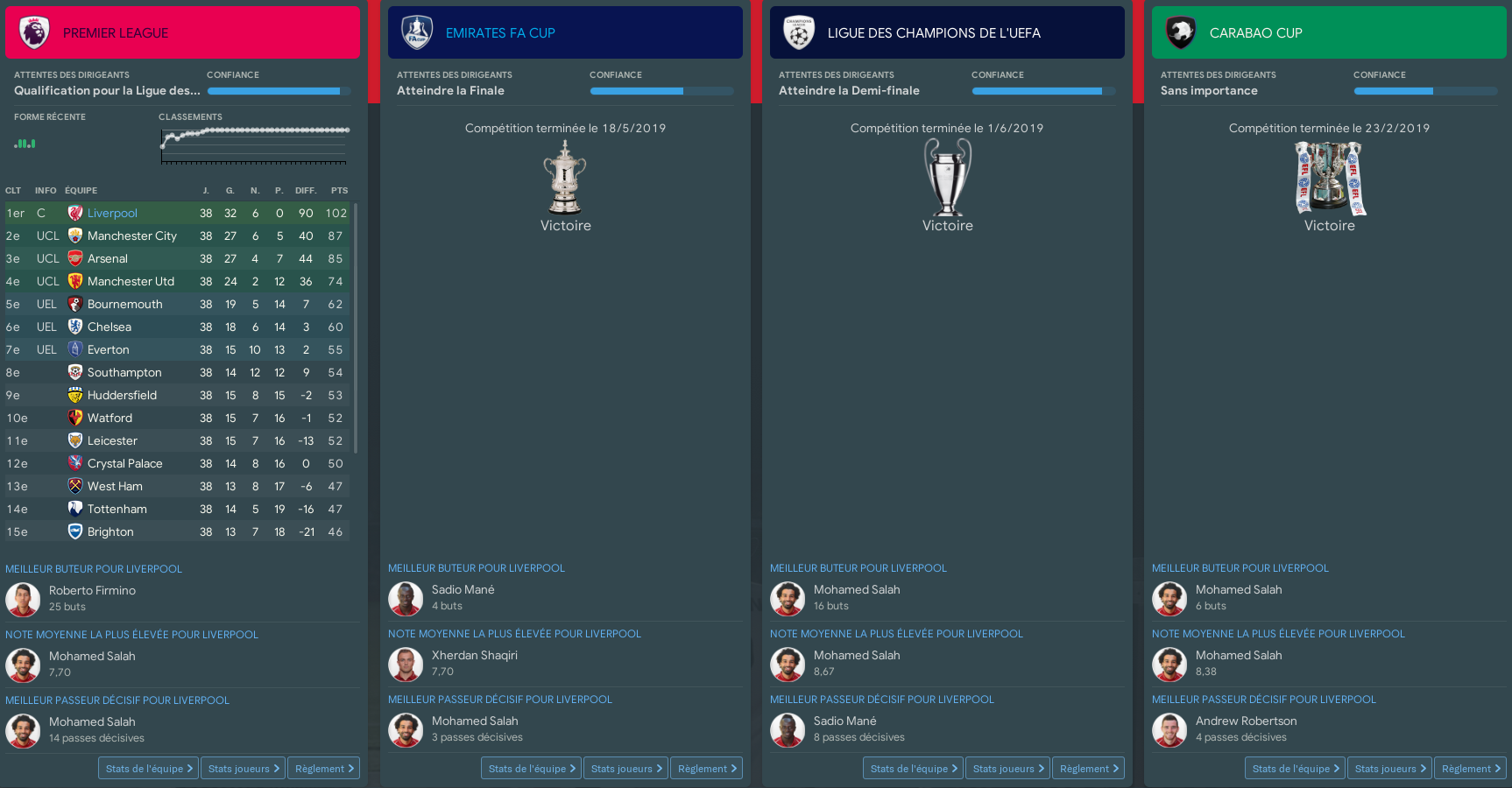 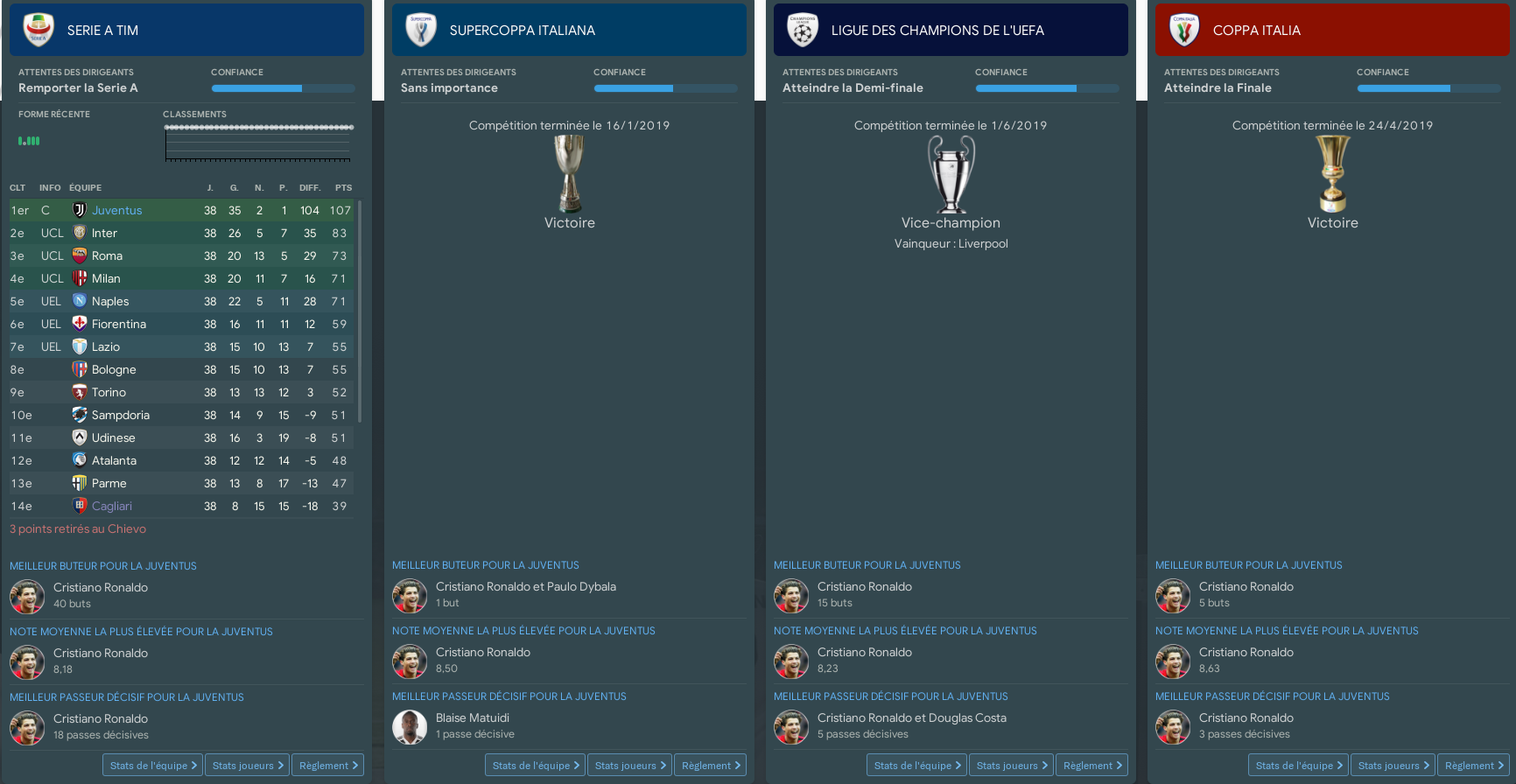 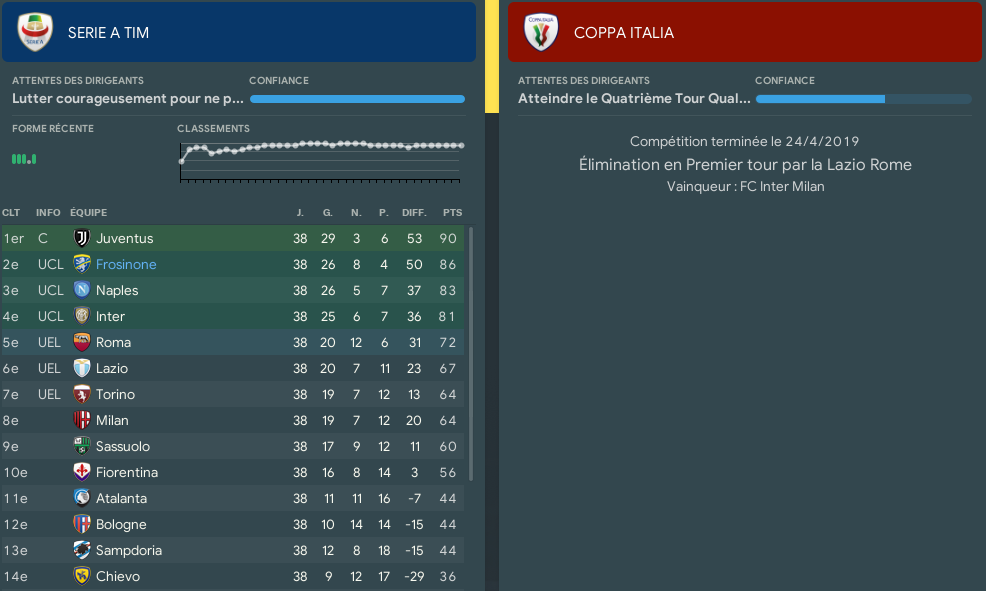 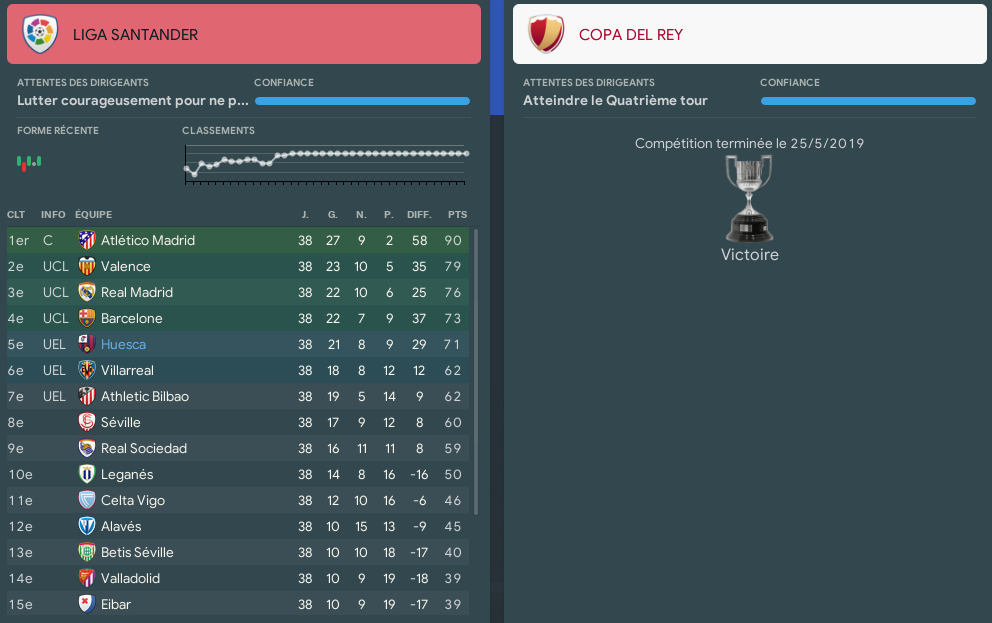 40 comments have been posted so far.