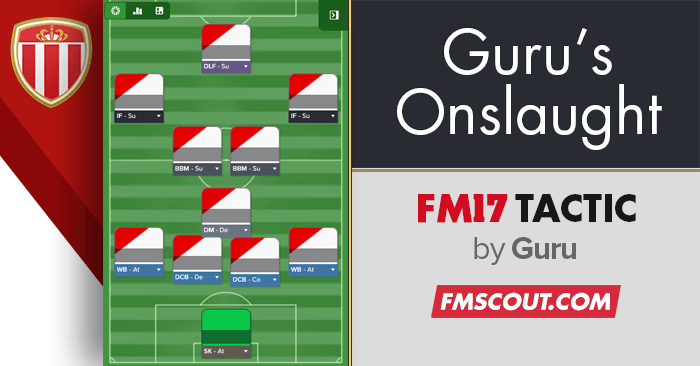 First and foremost, I must say that this is not supposed to be a "wonder tactic". As the players' roles are somewhat basics, it could theoretically work with most teams, but truth is it hasn't been tested with more than one (for two seasons), so it is, at the moment, unknown.
That being said, the approach of the tactic is my own. By that, I mean that it is build around the way I picture football and how I enjoy watching it. I don't mind taking 3 goals if I can score 5. This is the main reasoning behind it. It was made to create lots of chances from all around the pitch (basically, everyone but your two CD are part of the offensive plays. This makes it easier to score, but, obviously easier for you opponents to counter you. I enjoy that, but not everyone can sit watching his/her team shot 30 times to score one, and then see the opposition get their first chance on a corner counter & score it flawlessly. I don't mind that (it's been this way for somewhat 10 years already so I'm at peace with the way FM works now XD). 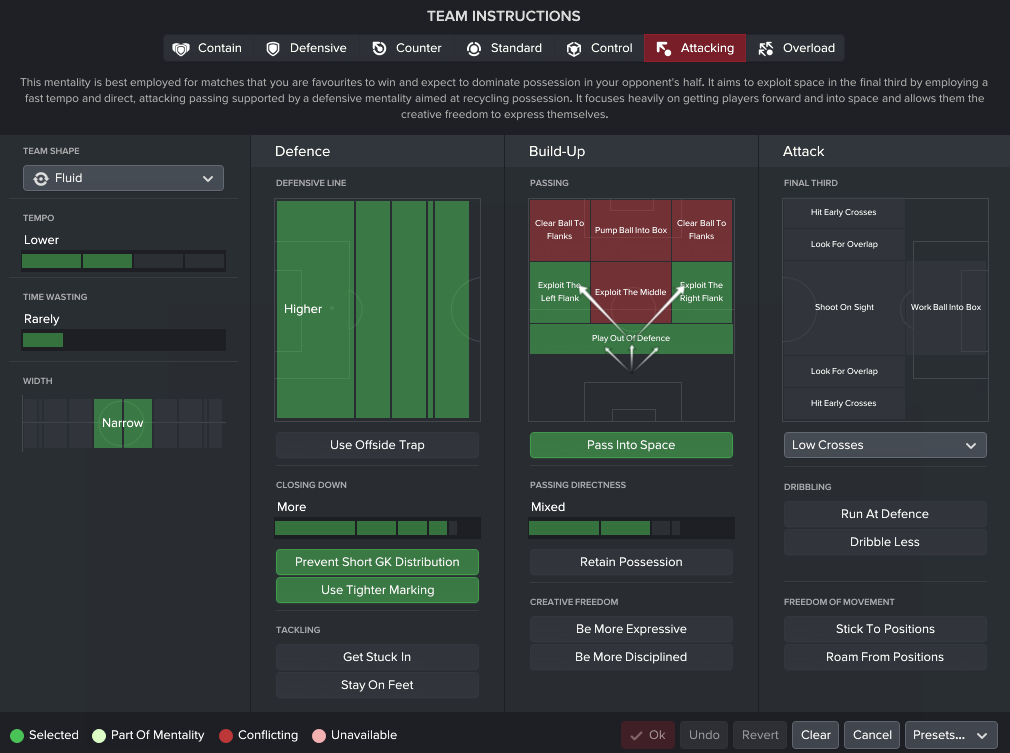 It is possible that some players get lots of yellows. As this mostly depends on the hidden "dirtiness" attribute, I suggest you to see for yourself how it goes, and tune down the Tackle setting of said players, if need be.

During your pre-season, you can do as follows.
I like having lots of friendlies (~10/12 - 2 per week) against weak teams.

With this, you might have the tactic around 100% after the first couple games of your season. At that point, switch to the following training.

If your team is doing fine in games, you can put less emphasis on match training, that way, your players (youngsters mostly), will improve faster.
On the same note, if your next game is up against a very strong opposition, don't hesitate to go full match training on defensive positioning, it will make things easier.

It happens often that the team is too open for counter in the second half. To avoid that, you can drop the D line a bit a the mentality to standard/counter.
However, you may not want to play on offensive from the start if you're not home or just facing a very strong opponent. You can adjust that at the start or during the game, from offensive to counter, depending on how much you expect to be, or are dominated.

There are few things to note for the players you might want to look for. As you will concede mostly from crosses, having a good Rushing Out Keeper is advised. Same goes for your CD, being strong in the air with decent anticipation/marking can make a huge difference.
For the full backs, look for the likes of Gaya, Alba, etc. Them having "Runs with ball down X side" is a plus.

Your two CM are BBM. I prefer having complete players here (like Bakayoko, Pogba, etc), but you can make it work with more offensive oriented players obviously. If that's the case, you might wanna change the role of said player. Try to keep him on support duty though.

I tend to prefer inverted foot IF, but the game proved me that it's not an absolute must have, as Lemar on the left wing is having an immense impact on the games. So I'll leave that up to you guys :)

These results have been made with minimal transfers : 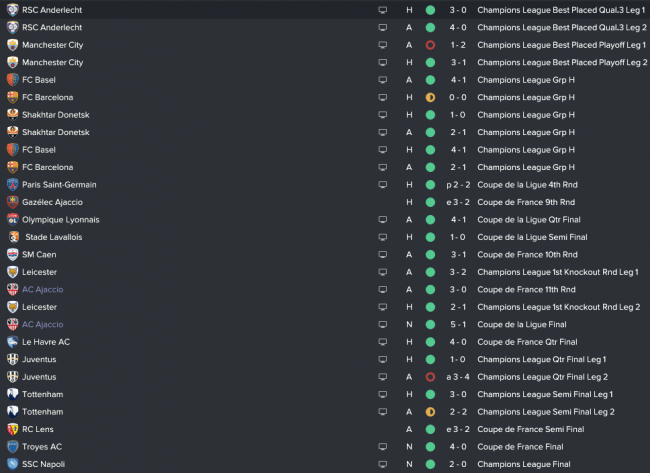 And that's the overall trophies won in 2021.