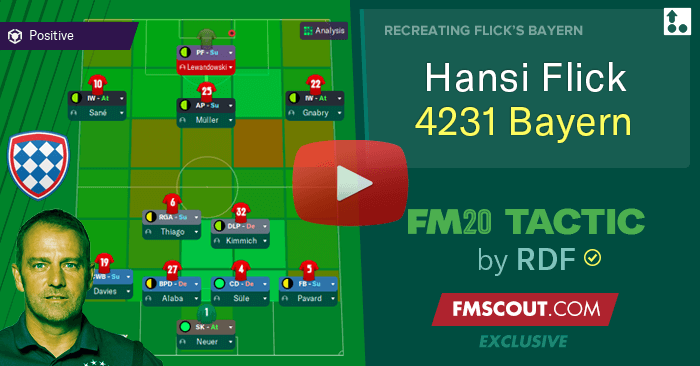 Hans-Dieter Flick has been amazing for Bayern Munich so far this season. Since he took over he’s managed to change the tactical style and has made them even more dynamic.

Under Flick Bayern lineup in a 4-2-3-1 formation. It contains a back four. In front of that, the two DMs form a double pivot together. In attacking midfield, they use two wingers who play very narrowly, operating in half spaces and creating overloads, with the attacking midfielder (AMC) playing just behind the ST. 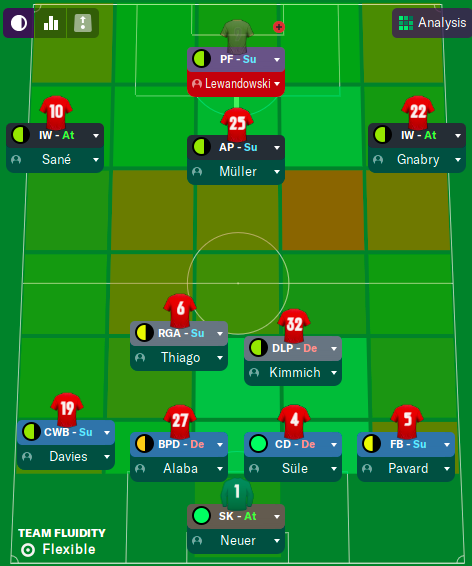 When Bayern are in possession, their full-backs push higher up the pitch and provide width on the flanks. Typically, their LB would be the more adventurous of the two, whilst the RB is very capable of helping building attacks and keeping possession with the midfielders. The wingers play narrowly and occupy the half-spaces. With these movements, when in transition, the shape with become asymmetrical. The midfielders will also have different roles. One midfielder would often back line to create a back three in possession, or just in front of the two central defenders, while the other midfielder stayed in a central area but also could be the link between deeper areas of the pitch and the more advanced.

An important player when it comes to creating chances and general attacking play is the AM. His abilities to be able to find the spaces is VERY improtant. Muller is extremely important in terms of chance creation. He likes to drift into areas where he can create overloads for his side such as the half-spaces or even the wing. This then creates space and freedom for the main man, the STRIKER….LEWANDOWSKI!!!

Another key tactical importance is their pressing. A more narrow shape, if Bayern lose the ball, enables them to execute an effective pressing game. Especially their overloads help them to immediately press the opposition, specially in the opponents deeper areas. 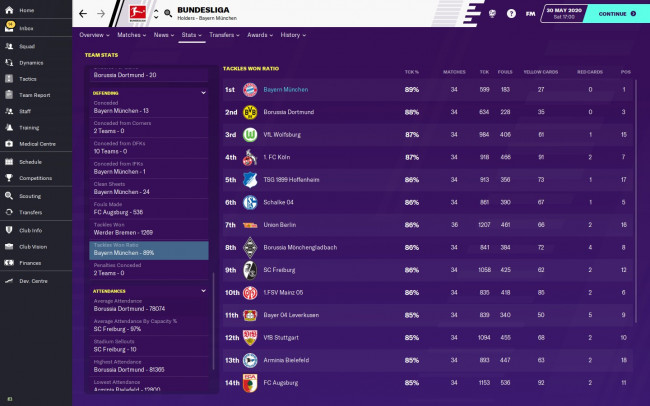 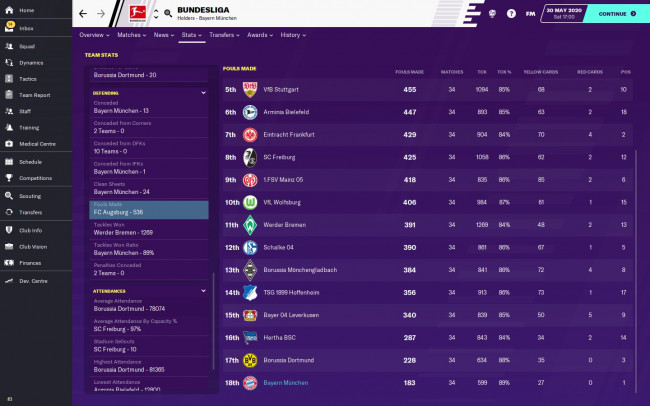 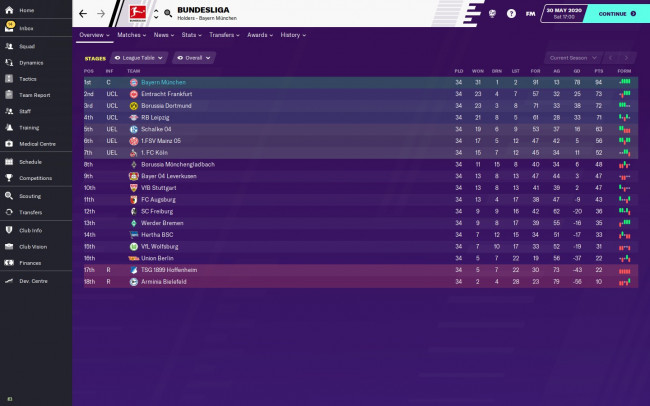