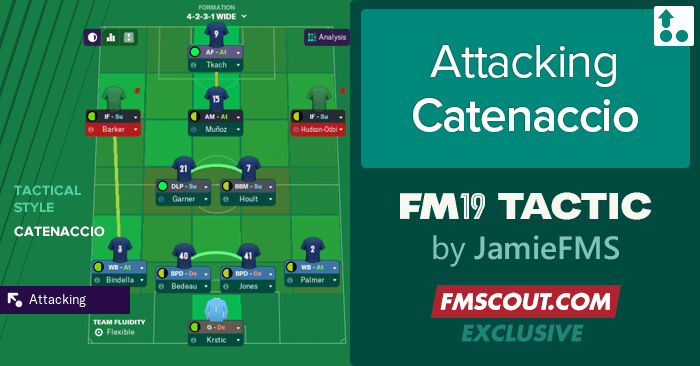 Catenaccio or The Chain is a tactical system in football with a strong emphasis on defence. In Italian, catenaccio means "door-bolt", which implies a highly organised and effective back-line defence focused on nullifying opponents' attacks and preventing goal-scoring opportunities.

Influenced for my love of Italian style tactics this tactic has been incredible for me for Dulwich, starting in the National South and working my way to the Championship currently which is live streamed on twitch.tv/fmscout. This style of tactic I wouldn't use until I usually get to the Premier League but I decided to start using it from day one and bring a Italian emphasis to the club. 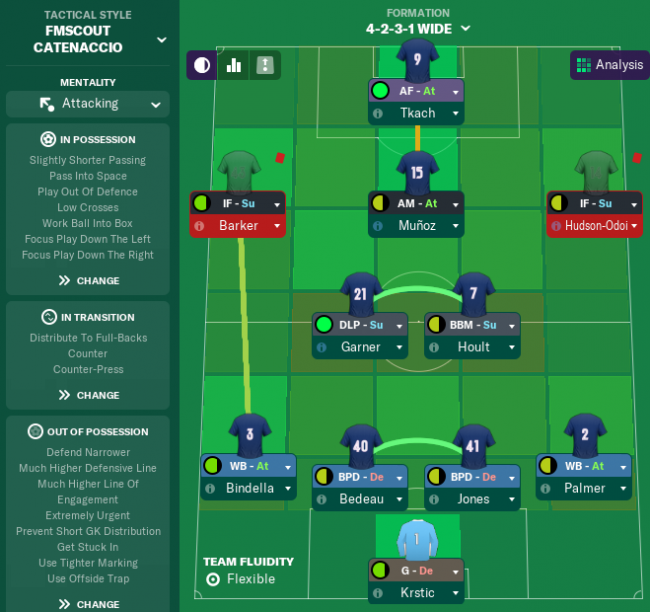 58 comments have been posted so far.