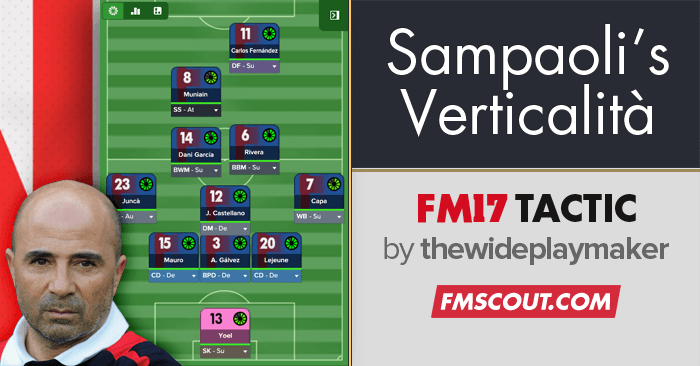 I am releasing this post due to the interest from the FM Community since I tweeted it few weeks ago.

I am not in any way claiming that this is a super tactic that you can just plug and play and win a lorry load of titles. It’s the framework of a tactic that works for me at SD Eibar based on the philosophy of Jorge Sampaoli a disciple of Marcelo Bielsa who I hold in high regard.

A lot of people feel that you can’t translate Juego De Posicion (Positional Play) in to FM. I disagree with this thought process. Every one of us has who plays FM and creates a tactic have our own mechanisms and instill our own ideas on how we want our system to play.

The stupidly named football hipsters (sorry I think the term stinks so I apologise to any football hipsters) will correctly tell you that juego de posicion is a concept that instructs players to play within certain zones determined by the position of the ball, made famous by Josep Guardiola. We all know about how managers like Guardiola, Tuchel, Schimidt, Sampaoli, Bielsa and Co have made the system work but how do we translate that in to the game?

I have had many a conversation with Saadiq Bey @Rovazzz about juego de posicion and the conclusion we come to is that if you think about any game of football what ever the systems being played, you use some sort of positional play just by setting your team up. So back to my interpretation of juego de posicion Sampaoli style.

I want to control the game with or without the ball through aggressive pressing to gain possession in the opponents half whilst blocking passing lanes. I want to build from the back using a high defensive line, I want my wing backs to overlap to create width whilst my midfield push on to create space for my forwards. I want to press the life out of the opposition whilst attacking on the front foot. 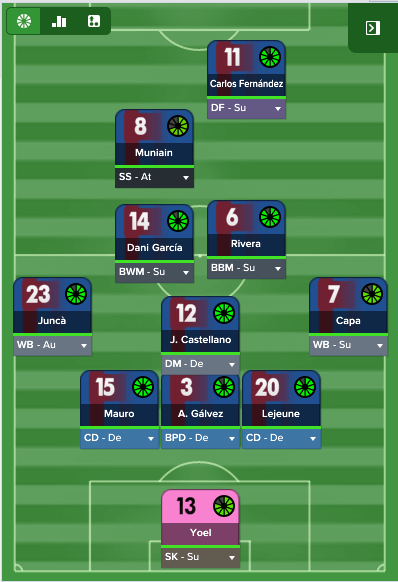 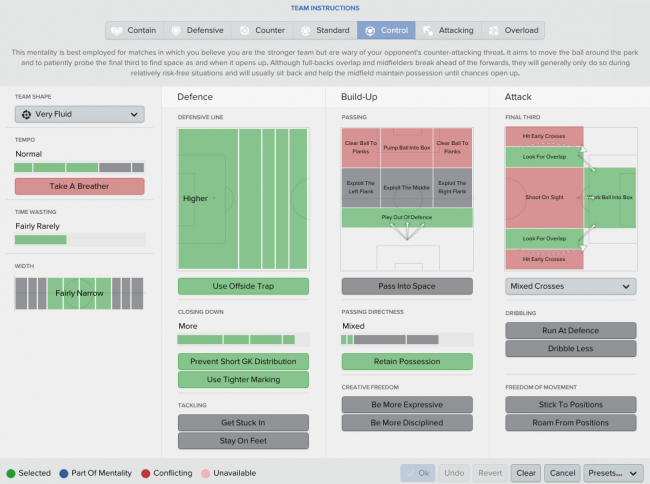 Visit my blog The Wide Playmaker.