Being an avid Red, I created a tactic trying to emulate Klopp's heavy metal football. It was one of the most popular tactics on FM16, and now it's back once again!

The main idea is to put the opposition under ruthless pressure in order to catch them out of position and punishing them with fast counters. The striker drops into the midfield in order to create space for the raumdeuters and attacking cm to exploit. 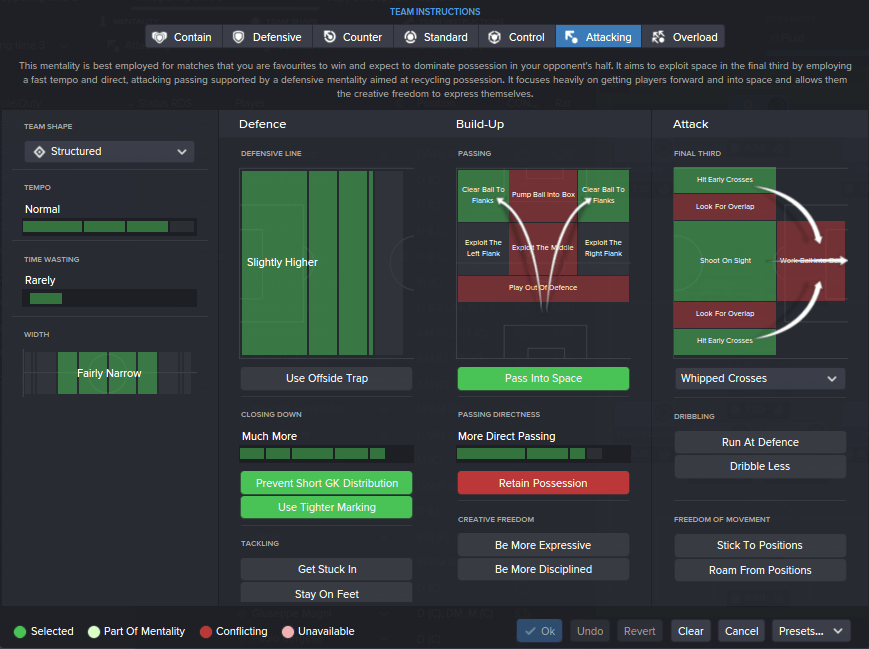 As most of you can guess, physique and work rate are two key attributes to look for, other than the recommended ones for each role.

These are some of my greatest achievements with the tactic. It includes all-time points records in three of Europe's top five leagues (joint record in the Red's case) within three seasons of being appointed and taking Dynamo Dresden from 3 Bundesliga to a league title and regular CL-qualification. It also includes instant snaps to Olympiakos' and PSG's subscriptions on their respective league title. 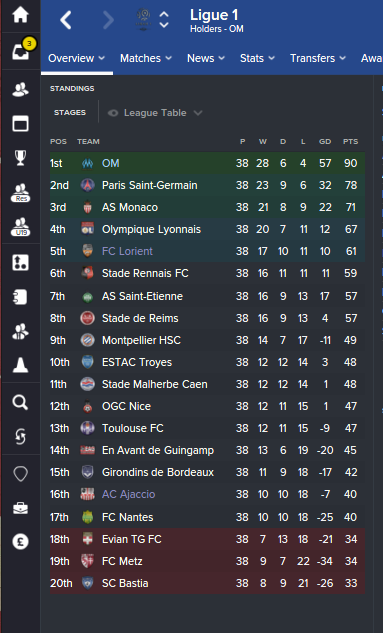 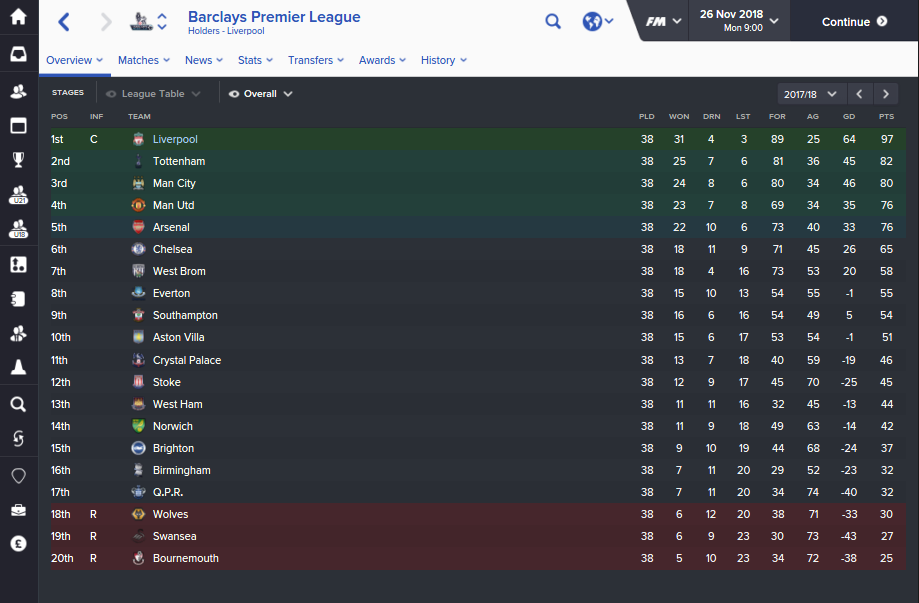 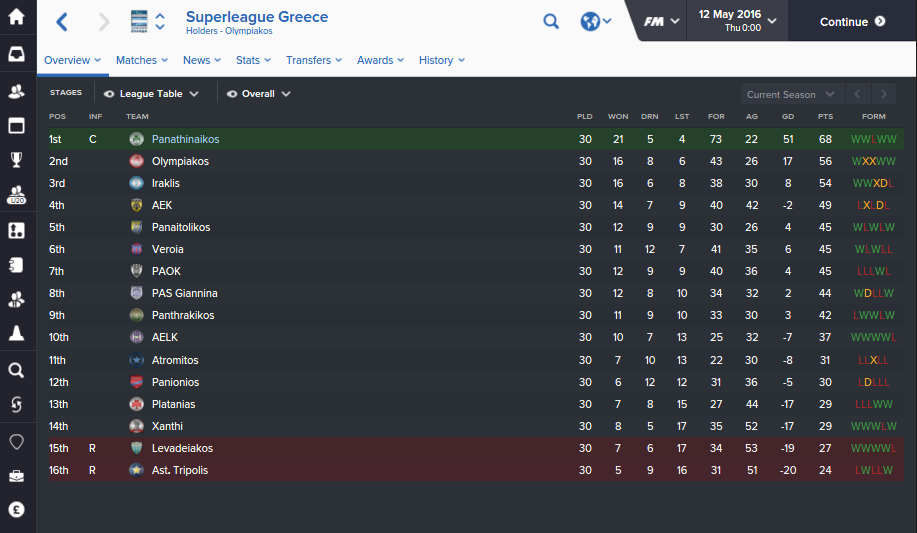 Give it a go and let me know about the results.