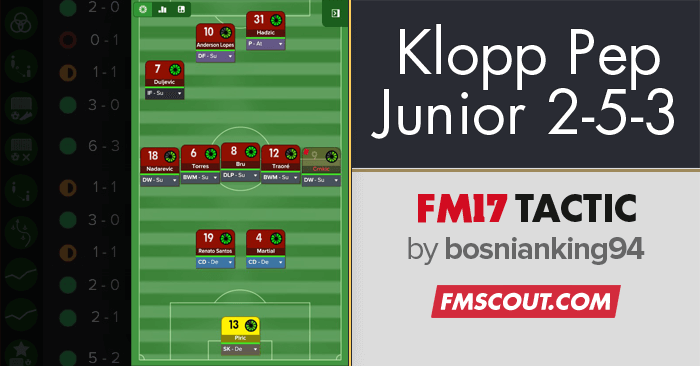 Alright, well, to start... I enjoy possession tactics and I tried making my own and also downloading a few from here and other sites and every single one I downloaded was great with a lot of possession and a few clear cut chances here and there BUT no goals.

So I decided to try something else and after tweaking and tweaking I came up with this. 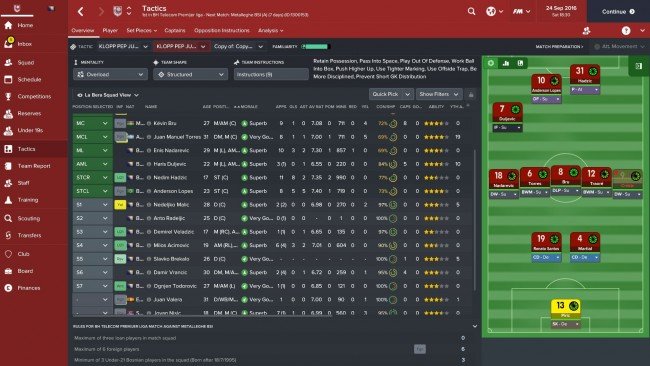 NOW I know what your thinking this is crazy your going to concede 24/7, well, I thought the same thing... and wow was I surprised even though you press very high up and even though the opponent will get their chances, you still score more. Anyways, I would love for others to try this for themselves and let me know how it works for you, let's get into it. 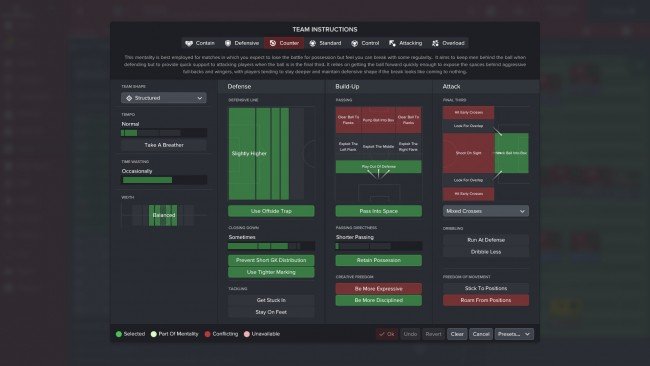 GK I have him set to sweeper keeper, although I really don't have anything specific here; just need a decent goalkeeper. He will make a lot of passes to your CB'S and doesn't rush when in possession.

I am playing in the Bosnian Premier League where getting amazing talents is VERY VERY hard, so I did what I could and found the players that I could; that being said what I recommend... 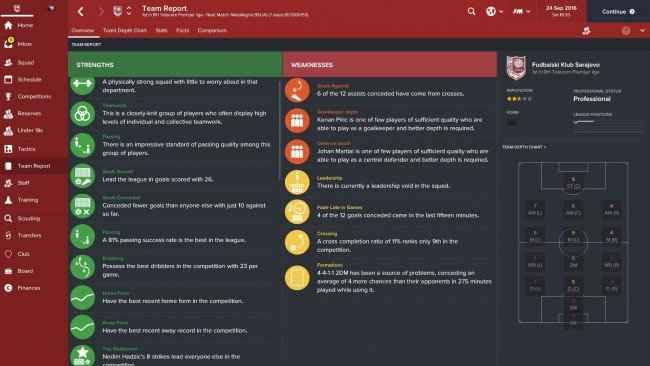 For your 2 central defenders, focus on pace and acceleration and try to get the best you possibly can. As for myself, the best I've found is 14 in my best defender Martial who has been amazing, and also heading, marking and tackling are very important but that's common sense.

For your 2 ball winning midfielders, I recommend highest you can find in terms of work rate (at least 12 in lower leagues), technique, tackling and first touch (at least 13-14 for those) as they will be joining the attack A LOT and dictating your offense.

For your deep lying playmaker, I recommend again high work rate, technique, passing, first touch and at least decent long shots, because in some situations he will take it upon himself to dribble and run at the defense and try to score that beautiful screamer.

Your defensive wingers need high work rate again and tackling and decent crossing. Mine isn't that good, but that's my goal to get even better.

Your defensive forward needs high work rate again, decent finishing, decent vision and decent passing, as he will set up your poacher FOR A LOT of goals and score himself as well. Mine has been great for me.

For your poacher, I would recommend best finishing possible because he will get A LOT of chances especially 1v1's due to the high pressing and quick through balls to him; so good finishing and some acceleration so he can beat that offside trap. 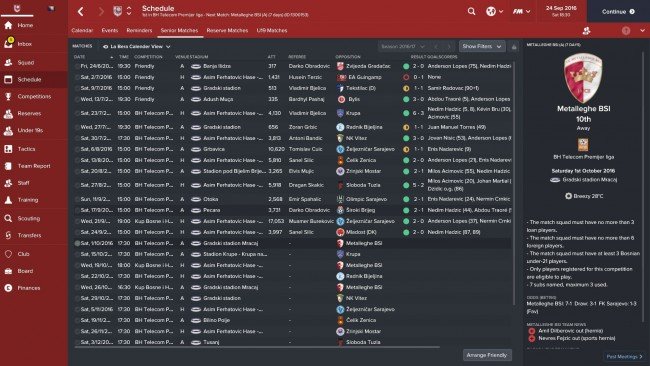 Now regarding the mentality... if you're facing a team where you clearly expect to win 2-0 or 3-0, I like to set the mentality to overload, yes overload. First 25 minutes try to get that 1st goal early which I have done a lot, and once you accomplish that goal change the mentality to the original "counter" or if you don't get a goal still change it to counter and see the game out. I really don't recall conceding early in any game. 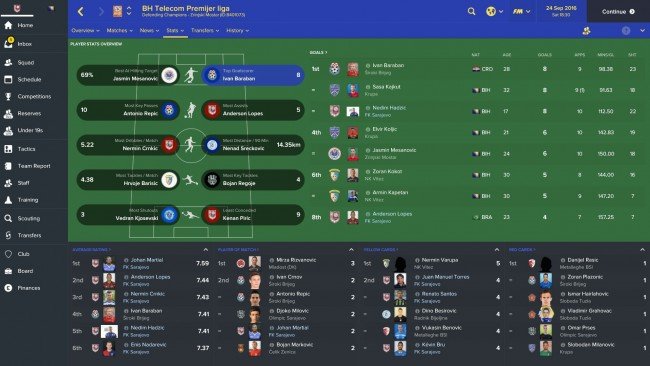 Now, if for some reason you haven't scored and it's the 75th min or later, change back to overload and hope for the best. In my most recent game I scored 2 in the last 5 minutes.

If you're winning and want to try to keep the clean sheet, (doesn't matter if it's 1-0 or 5-0) change mentality to defensive. I like to set it to defensive around the 75th min and move defensive line to slightly deeper and disable play out of defense, move wingers to wingbacks (not left backs). Make subs if you have any left and have that position on bench, otherwise keep the same players in as I've been doing. Also move ball winning midfielders from cm to cdm. Once you reach the 85th minute, change it to containing and move defensive line to deeper. 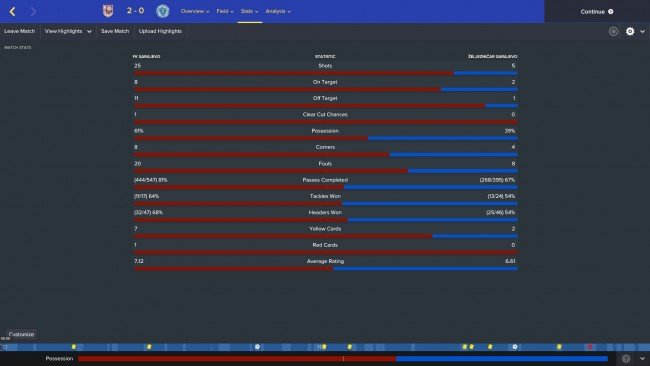 For training I let my assistant take care of everything, although I will sometimes change a player's position to the position that I want him to be training and the attribute I want him to be working on. Also PPM's I like to handle myself for most of my younger players. Opponent instructions I like to set every single one to always, always, hard and weaker foot. Yes, I know it sounds crazy, but it's working for me, and yes, you will see A LOT of yellow cards. I've tried doing it without, but you just don't win the ball high up the field as much, so if you don't like the yellows try to tweak it but try it my way first.

For team talks, I just choose what I think will motivate them; sometimes it works, sometimes it doesn't. Choose what you think would motivate you if your coach would say it... common sense. 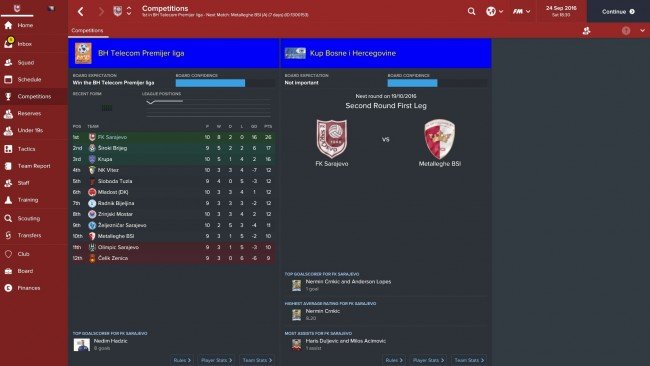 So yeah, try it out and let me know how it works for you.