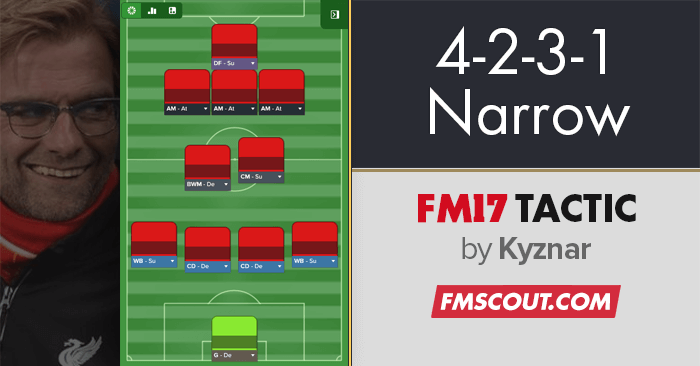 Hey guys, I am a FM streamer over on Twitch and during the BETA of FM17 I have created this interesting narrow 4-2-3-1 tactic I wish to share with you all. I managed Liverpool to create this, being inspired by Jurgen Klopp's hard working, very fluid philosophy, and have achieved a pleasing on the eye result. 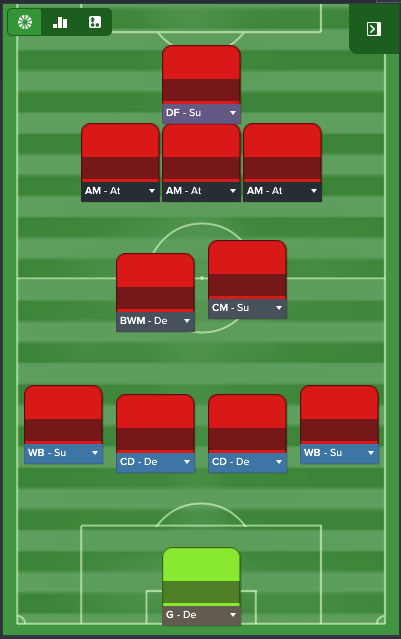 As you can see, the tactic uses 3 AMC's behind a Defensive Forward, the philosophy being an interchanging, fluid, aggressive, attacking front 4. Wingbacks on Support duty providing some width while in possession but without getting to the byline at every opportunity leaving the defence exposed. 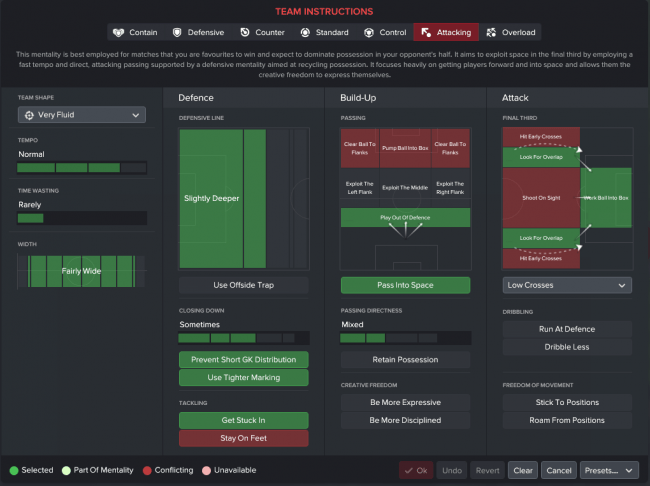 The team instructions where created over the course of the 1st season by analysing and experimenting with what improved that tactic and what didn't, and these are the final instructions I settled on. As you can see, it uses Attacking mentality and Very Fluid shape in both home and away matches to great effect. Some of the instructions like "Slightly Deeper" defensive line are used to counter the naturally high line from the Attacking mentality.

The three AMC's all share the exact same custom Player Instruction set that I specifically created for this tactical shape. With the objective to create 3 creative, aggressive, interchanging Shadow Strikers. Here are the instructions that I set on them:

I do not use any opposition instructions, and as for Match Preparation after tactics are fully familiar I use "Attacking Movement".

GK - The Defence works in such a way that the GK deals with a lot of poor quality byline crosses so Aerial Reach is a huge advantage. He also has to deal with a lot of long range shots due to the deeper defensive line so Reflexes should be high priority too.

DR/L - Fast, Good Positioning and Off the ball, Teamwork and Work Rate. The higher the mental attributes the better!

DC - Your standard DC's, they don't have to be lightning fast. Strong physically and high Mental attributes.

MCL(BWM) - High tackling attribute is a MUST due to the very aggressive nature of the tactic. Similar to the DC's, Strong physically and High Mental attributes.

MCR - Your all round "complete" midfielder, I used Henderson/Grujic in this position with great success, they are involved in all transitions of play from box to box.

AMC - The key positions to this tactic, creativity, dribbling, quickness, shooting, all aspects of attacking play is required from them. Typically you want a hard working team player AMC with the addition of good finishing and composure. As examples, Alex Teixeira and Delle Alli are two players I bought for these positions.

ST - To avoid the striker becoming "missing" in matches u need a physical presence upfront, with either speed or strength or both. But high Mental attributes is a must, to beat the offside trap, work the channels, to work hard and to finish the chances when they come.

During the second season using the final version of this tactic with Liverpool, I won the Premier League and Europa League. At one stage in the Premier League I was 17 points clear, meaning I was able to play the last 10 league matches with a weakened team and still finish 10 points clear.
Here is the final league table and some impressive results including the Europa League Final, as well as 2 Key Player season stats:

Europa League Final - Only 1 shot on target for opposition 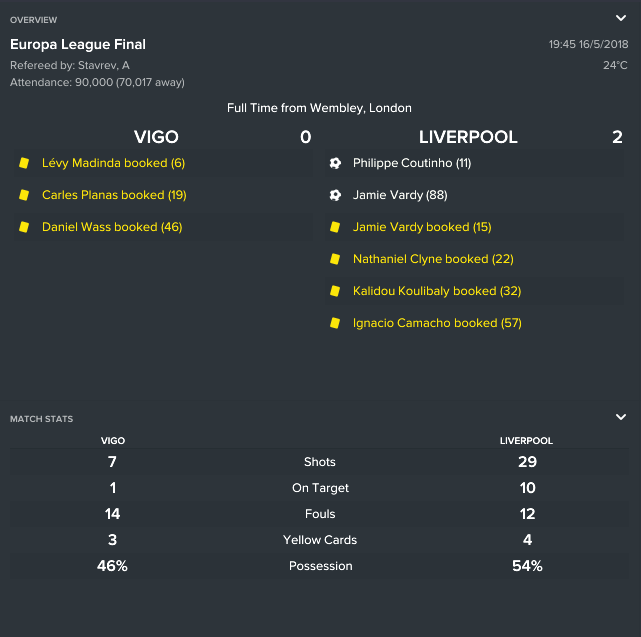 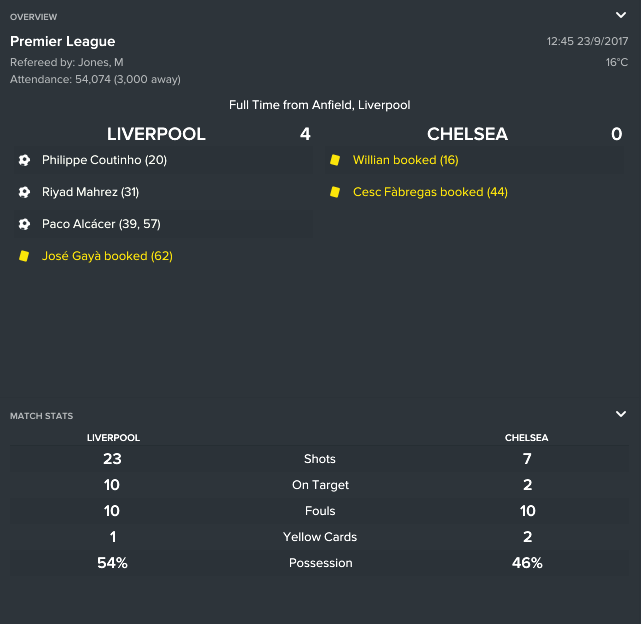 I really enjoy this tactic and I hope you will too. Please feel free to give me feedback or ask any question in the comments, or alternatively you can find me streaming regularly on Twitch at twitch.tv/kyznar and talk to me there. Thank You.