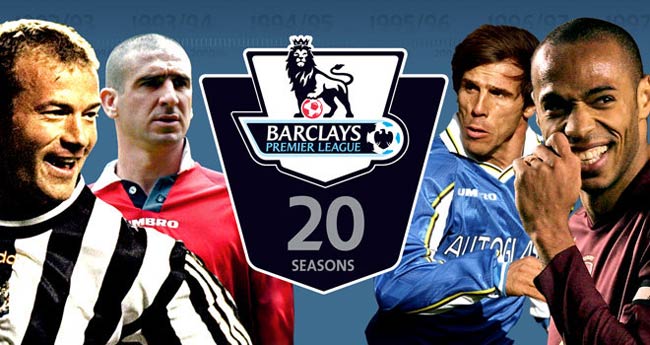 Ever wondered what the world of football would be like if the likes of Pele and Maradona were still playing? Well this database gives you a chance to find out as it contains over 100 legends of the past and fairly new legends such as Didier Drogba.

Legends such as the following are all present in this database:

To create this database, I downloaded an old database I found and completely revamped it, making thousand of changes due to how inaccurate I felt it was. This is a BETA version of the database. I would like to see how everyone finds it and hopefully people can suggest players to add and ways to improve. This will be updated from time to time.

A few league changes have taken place, such as Leeds United being placed in the premier league.


The legends have been placed in one of their previous teams. Also their ages are picked according to when they were at the club and playing at a very high level (performances). Some of you may agree with the teams I've chosen for the players but you must bare in mind, the teams have to be as equal as possible if not, a certain team would be a lot more dominant than others. The squads are not just filled with legends but today's players too. That way I felt the database would be a lot more fun.


How to install it

Open the "Files" folder.
Then move the .dbc file you need in your Football Manager 2013 editor data folder:

Create the folder editor data if it doesn't exist.
Step 3

In case you have more editor data files: When setting up a new game, do not have any other data update files ticked on your Editor Data Files screen except this one or else the whole database will be messed up.


If you have any other questions or want to contact me regarding the database , you can always send me a PM.

Discussion: Legends database: A mix of the old and new