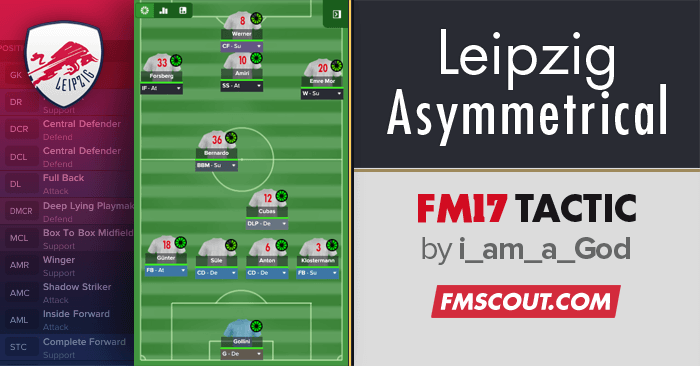 Tragically, I got sacked by Valencia because they felt they should play in Europe without a striker and with a board that refused to give me extra transfer funds. Got employed by New Boys in Germany, Red Bull Leipzig and my biggest headache was how to keep Timo Werner in the squad. Tempting!

I started off with the traditional 4-4-2 FLAT, easiest to fit players into but I honestly do not like the formation. In order to bring the big boys into the game and firing on all cylinders, I had to devise this new asymmetrical formation. Pulled RB Leipzig from a struggling 11th position to the top of the league, right behind Bayern Munich in 2nd.

So, let's get to the system shall we?

With this philosophy, I want my team to attack when they can and not be too sloppy at the back. Also I don't need them to sit and wait for the best moment to strike, but to try their best to make every moment count.

Counter or control? I settled for standard. The entire team applies pressure on the opposition except to the CB'S. Timo Werner made a deal with me that he wanted a complete forward role up front, I said fine; pinned him in there and built the rest of the team around him. 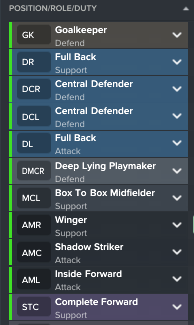 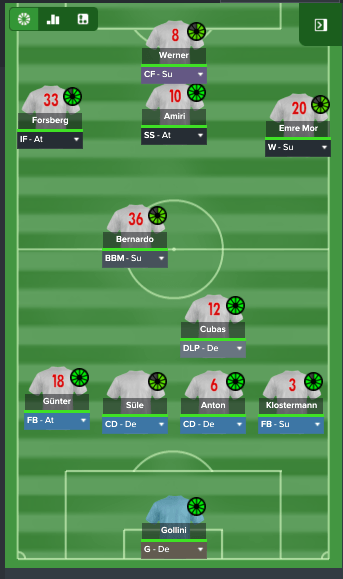 Full Back, FB (Attack) on the left to provide extra width up front and fill in the gap created by the inside Forward ahead of him.

CB's (Defend) are traditional centre backs, both set to defend with no extra instruction whatsoever.

Full Back, FB (Support) on the left is to provide extra support to the midfield and cross from deeper positions when he can. He needs to be competent in the art of defending as well; it's crucial.

The DM is a Deep Lying Playmaker (DLP) on Defend duty, with that he'll remain in the hole and take care of the opposition's number 10 as well as shield the defense.

CM is a lone box to box BBM with enough energy to switch from defence to attack in an instant. He needs a lot of stamina because he has a lot to do. He is not the prime creator for the tram, but he will support the midfield, aid the DM in defending, and help the number 10 upfront as well.

Shadow Striker (SS) is the number 10 role. You can adopt an AP, but if you do so, be careful. The Striker has to have an alternate duty to the AP. Let me explain... with this tactic, my striker is on support duty, that is because my SS is naturally meant to attack only. If I use an AP on support, my striker will need to have an attack duty on. Don't leave them both on support. So if you use AP attack, CF is on 'support'!

On the left flank is an Inside Forward (Attack). He attacks the defense head on either by cutting inside or directly. The difference with support IF's is that with the attack duty on, his prime objective is to score goals; he can create a chance if it's on.

The winger on the right is on support duty. His aim is to get the ball to the striker as quickly as possible; either in the air or on the ground.

The front man is a complete forward on support. He is basically just allowed to be himself in the box, score as many goals as possible, close down opposition defenders, link up play for the inside forward in attack, roam, he becomes virtually unplayable on support duty. No wonder Timo Werner made this request when I got the job. 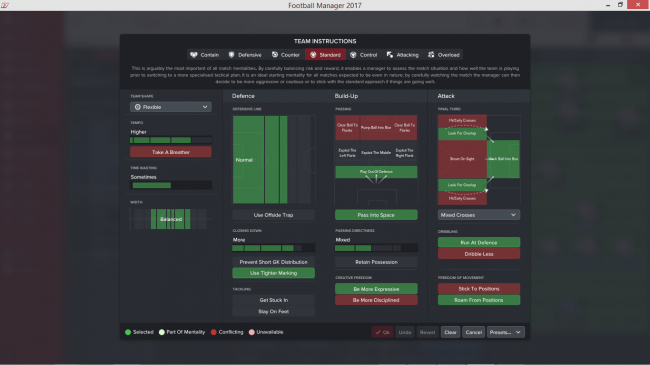 We don't want to waste too much time on the ball when we have it and also not waste too many chances upfront.

Retain possession is turned off, while work the ball into the box is selected.

The mentality is standard, so that means I can tweak depending on the match scenario. Counter seems to keep Bayern and Dortmund at bay.

The back line is normal and tempo is high because that is what RBL wants. If it was up to me, I would have made it lower but my players wouldn't like that.

The width is balanced as well and the players are set to close down.

Expressive is selected because of my players, they have flair and can do something out of the ordinary. If i take this to a lower league it may not be necessary.

So here is the season I just concluded using this tactic and the new season all together.

It works for me with Leipzig. It's a tactic I created that suits both the way the team plays and the way I like to play. 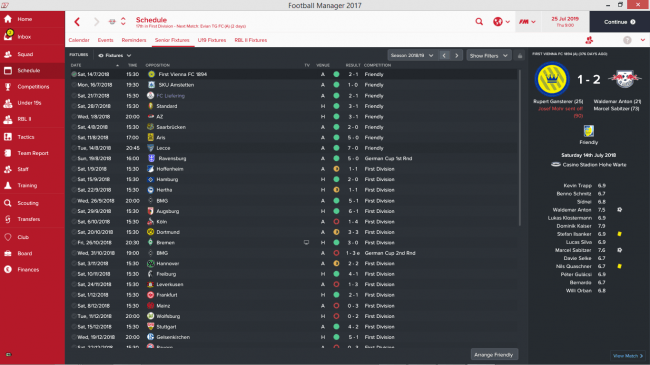 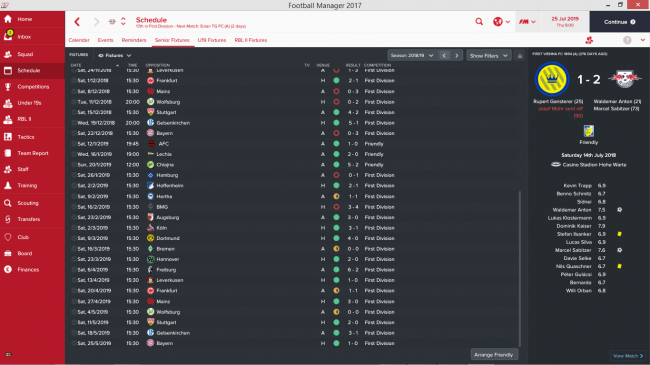 This is the new season. 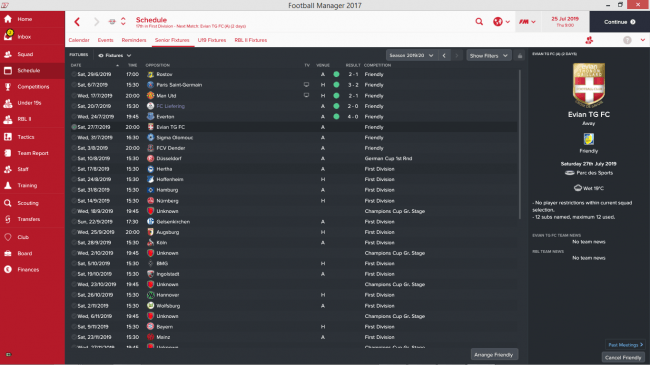 Do share your comments and let me know what you think.