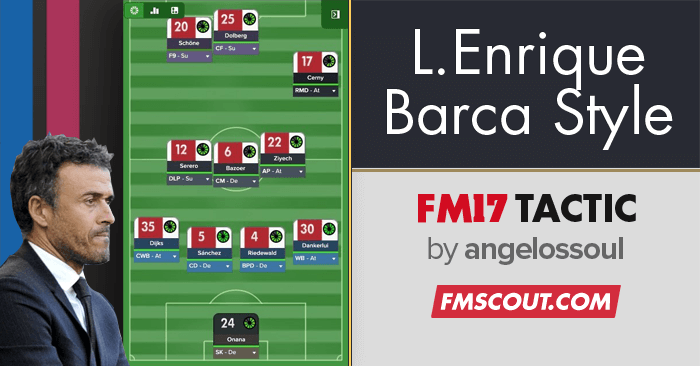 This is my first ever tactic published and I hope that it will help some of you with your saves. Before we begin I would like to ask for your apologize for any spelling-grammar mistake since English isn't my mother language.

This tactic is gonna give you lots of goals with a variety of ways since there are many goal threats but it is extremely important to understand how it works so I firmly believe that you should read the Analysis of the tactic and roles (so you can understand if something is going wrong) and not just pass it with "too long didn't read" excuse. In addition PI's are also really important for the success of the system so download it and not just copy the roles and instructions.

Also for the ones of you that you are gonna blame me that "this is not how Barcelona play, Messi should have started wide then move closer to the centre etc" there was some things that I couldn't replicate exactly on FM so this is why I called my tactic "Luis Enrique Barcelona INSPIRED tactic" (sorry for the caps lock, I swear I wasn't yelling just trying to make a point). 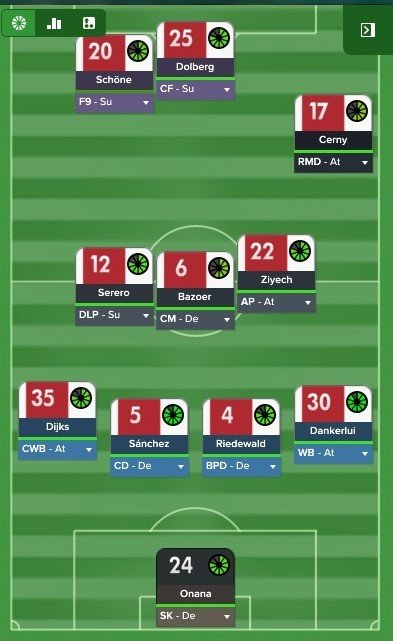 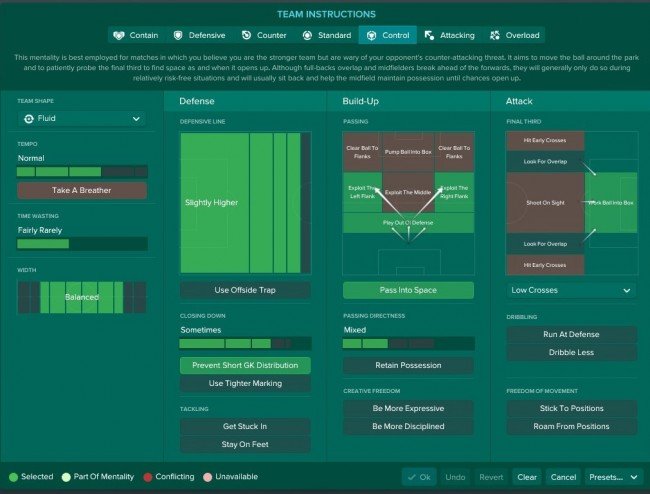 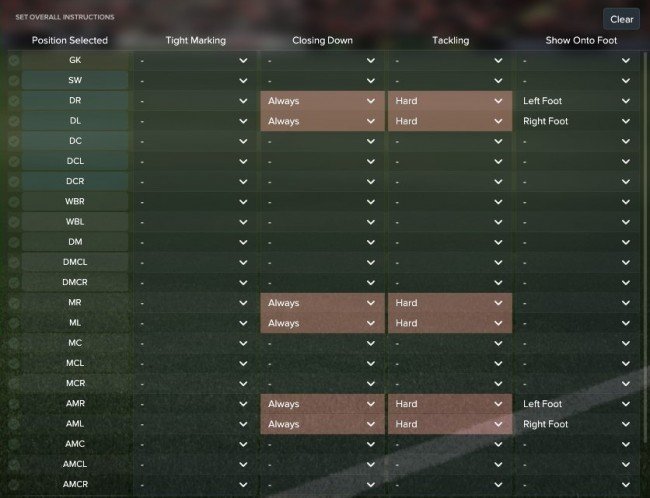 Unfortunately my save crashed and I cannot post any results. I played one season with this tactic winning Eredivisie, Dutch cup and reaching to 16 of Euro cup. I consider it as a big achievement as I was applying the policy of:
-Sell every player if a good offer is made
-Not making any incoming transfers and use players from U19


Analysis of the tactic and roles

I think is a good idea to explain to you how this system works in order to understand the basic principles if you are willing to use it.

I am a big fan of Pep Guardiola. But in case of Barcelona I admired how Luis Enrique transformed the team to a much more attacking and fluid shape. Pep Guardiola used mainly the amazing playmakers he had (Xavi-Iniesta) and of course Lionel Messi roaming and playing as a F9. Luis Enrique mainly base his team in the excellent trio there is up front consists of Messi Neymar and Suarez (or MSN if you prefer). In addition, Pep's Barcelona used to play with short passes out of defense, passing the ball from one's feet to another with patience in order to keep possession and eventually find a gap in opponent's defense to take advance of.

Enrique's Barca still plays out of defense but there is a lot direct football with long passes and players moving into channels to take the ball in advance positions and score goals. The high d-line and the intense pressing in both Barcelonas is applied in order to win back the ball higher up the pitch (30 meters near the goal instead of 80 as Pep said).

So with that in mind you can understand the TIs normal tempo,play out of defense, work ball into box as I wanted to begin attacks from behind, the mixed passing and pass into space in order to achieve short passes mixed with some long through balls who might unlock the defense and the slightly higher d-line with press sometimes-which is coupled by some players having PI press more in order to achieve the famous gegenpressing and win the ball in advance positions. Last but not least, the exploit right and left flank is because Luis Enrique uses the form Goalkeeper-->Central Defenders-->Wing Backs-->Wingers when on the other side Pep used Goalkeeper-->Central Defenders-->Playmakers.

As for the width that was the part that really troubled me and that because Barca uses something Pep calls flexible width: the team in attack plays wide to take advantage of the whole field but on defense plays too narrow to prevent through balls and force ball to flanks. So when I used wide width in attack the tactic worked good but my defense had more holes than Swiss cheese (no offence to Swiss cheese-I really love it- it's just an expression used in my country). So I decided to sacrifice some width in attack in order to be more solid in defense especially in transition from attack to defense.

The OPs I am giving you is in order to prevent the crosses in near post which was the only type of goals I conceded.

SK-Ter Stegen's role: This goalkeeper should be really good with ball on his feet in order to start the attack.

BPD-Pique's role: Based on the "reverse theory" I described to you a few lines above I should have put pique in left central defender position. SPOILER ALERT: I didn't. Why? Because I wanted to use the diagonal long passes mr Shakira makes to left advance midfielder or to left wing back.

CD-Mascherano's role: Typical central defender. In reality Pique plays as a cd-cover and Mascherano as a cd-stopper but that not seems to work on FM- so CD (defend) it is.

WB-Alba's role (on the other side in reality): Wing back who comes forward and bombs with crosses plus provides width-though less aggressive in his forward moves than the other wing back.

CWB-Alves' role (on the other side in reality): OK I admit it, I know Dani Alves has left but after so many years I have identify this role with Dani Alves so much that I don't really know who is the right back now (Google is my friend-->Vidal). Same as Alva's role but more aggressive.

CM-Busquets' role: Another tactical discovery of Luis Enrique. Busquets all those years is well known as one of the best defensive midfielders in the world but in recent years Barca has been moved from DM strata in CM strata. Now he is pressing more but he still doing the same things he is good at- wins the ball and passes shortly to more creative midfielders.

DLP-Rakitic's role (on the other side in reality): Rakitic basic comes deeper and plays the ball to move it to forwards. Based on Rakitic excellent passing and dribbling it is impossible to take the ball from him. Occasionally he tries through balls.

AP-Iniesta's role (on the other side in reality): Iniesta basically tries many through balls and comes further forward into opposition's box area.

F9-Messi's role (on the other side in reality): Messi's role is-through all those years- one of the most complex roles. He is something between right winger, right midfielder and right central midfielder. He stays wide but mostly roaming all over the right side. I thought that False 9 with some PI's is much closer to Messi's role in reality.

RMD-Neymar's role (on the other side in reality): Another difficult role to replicate in FM. Neymar basically stays wide hugging the line and runs at defense and either tries through balls or makes crosses. In addition he makes a lot of runs behind the defense like an advance forward. I chose RMD (I can't even write the whole word) because it perfectly represents the moves behind the defense and the crosses and through balls attitude (something IF or wingers don't do). The only problem is that it stays narrow and not wide so he is not stretching the opposition defense enough but that not seems to be a big issue and he scores many goals.


Attributes for every role
I m not going to analyse in detail(I know I know it sounds ironic after such a long text) but I highly suggest players with high off the ball, team work and work rate and fast players(ESPECIALLY the CDs to deal with counter attacks). Generally look for players with the best attributes for each role.

Now I'm gonna make a list of the preferred move for each role.Preferred moves are EXTREMELY important for tactics success as they gonna determine if the players gonna play as the role indicates.


As it is impossible to find players with all these(except you managing Barcelona) if you find/teach players with one or two PPMs that would be perfect.

It must be really tiring to read all these but I really wanted to share my thoughts with you. Please(and I mean PLEASE) come back and comment about the tactic, I want to hear from you to know how it is working for others and improve my tactic(and myself of course).