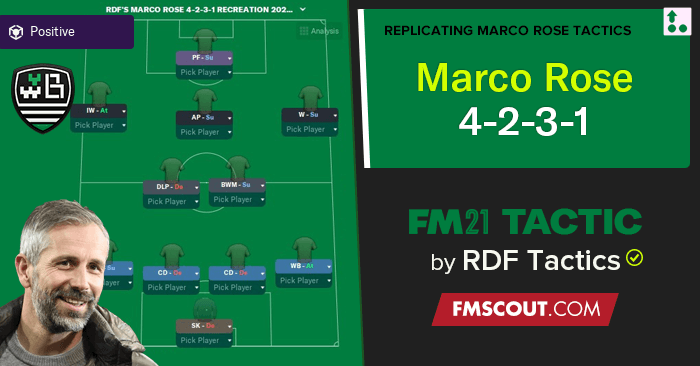 Although chopping and changing his formation around frequently in the past, Marco Rose has stuck very true to a 4-2-3-1 system this season. Like most 4-2-3-1’s, Rose urges his fullbacks to advance with the play and become focal points in attack. Luckily, Rose has three fantastic players for the role in Stefan Lainer, Ramy Bensebaini, and Oscar Wendt. Conveniently, Lainer was a key figurehead of Salzburg’s lineup throughout Rose’s time at the Austrian club and the player and manager have a great understanding. A future Dortmund player? Probably not, even despite how much Dortmund could do with a new right-back.

PRESSING FROM THE FRONT
When Gladach are pressing from the front, the attacking midfielder and striker work in tandem to stop the opposition from being able to play out from the back, as the wingers come close together and attempt to shut down wide spaces. This can take the form of a 4-2-2-2 shape with Stindl joining alongside the striker, or more 4-2-3-1 as he remains withdrawn and tries to stop the opposition’s number six from receiving the ball.

The pressing system utilized also appears to be more man-oriented rather than space or ball-oriented. For example in moments where the opposition goalkeeper has the ball, the striker may press the keeper, the wingers may cover the center-backs and the number ten will cover the opposition’s defensive midfielder. But the press goes far beyond just the front four to include the midfield two and the fullbacks. The fullbacks will frequently line themselves up with the opposition fullbacks in order to eliminate the option for longer balls or forward passes in the wide areas, as the defensive midfielders will usually engage with opposition central midfielders.

As seems to be customary of former and current Salzburg managers these days, Monchengladbach place a heavy emphasis on quick transitions in both attack and defense transitional moments. Immediately after winning the ball, they look to utilize short vertical passes or a capable ball carrier to bring the ball up the pitch.

This type of approach also requires ball-winning central midfielders and fullbacks to allow the team the ability to constantly stop their opposition and go again.

Although Borussia Monchengladbach have lost a bit of traction in the race for the top four, Marco Rose’s team are still playing some great, tactically intriguing football. The emphasis on transitional moments and pressing from the front have been mainstays in both of Rose’s two seasons at the club, and he now appears to be following Lucien Favre’s footsteps as another manager to leave Gladbach for Dortmund. How this will affect Die Borussen for the remainder of the season remains to be seen, but at the very least, Borussia Dortmund fans finally have something to be excited about again 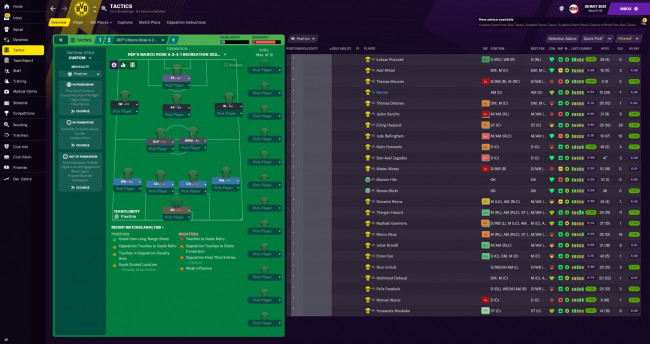 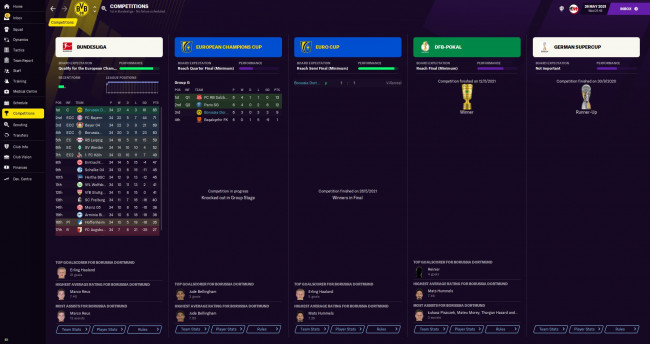