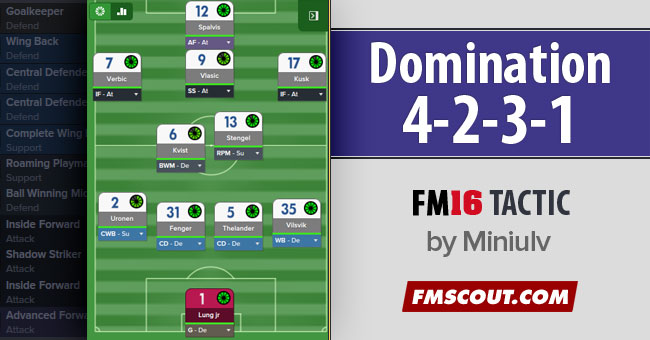 Hey everybody, this is the first tactic I've ever submitted to FMScout, with this tactic being really effective right now, I thought it was the best time to share it. 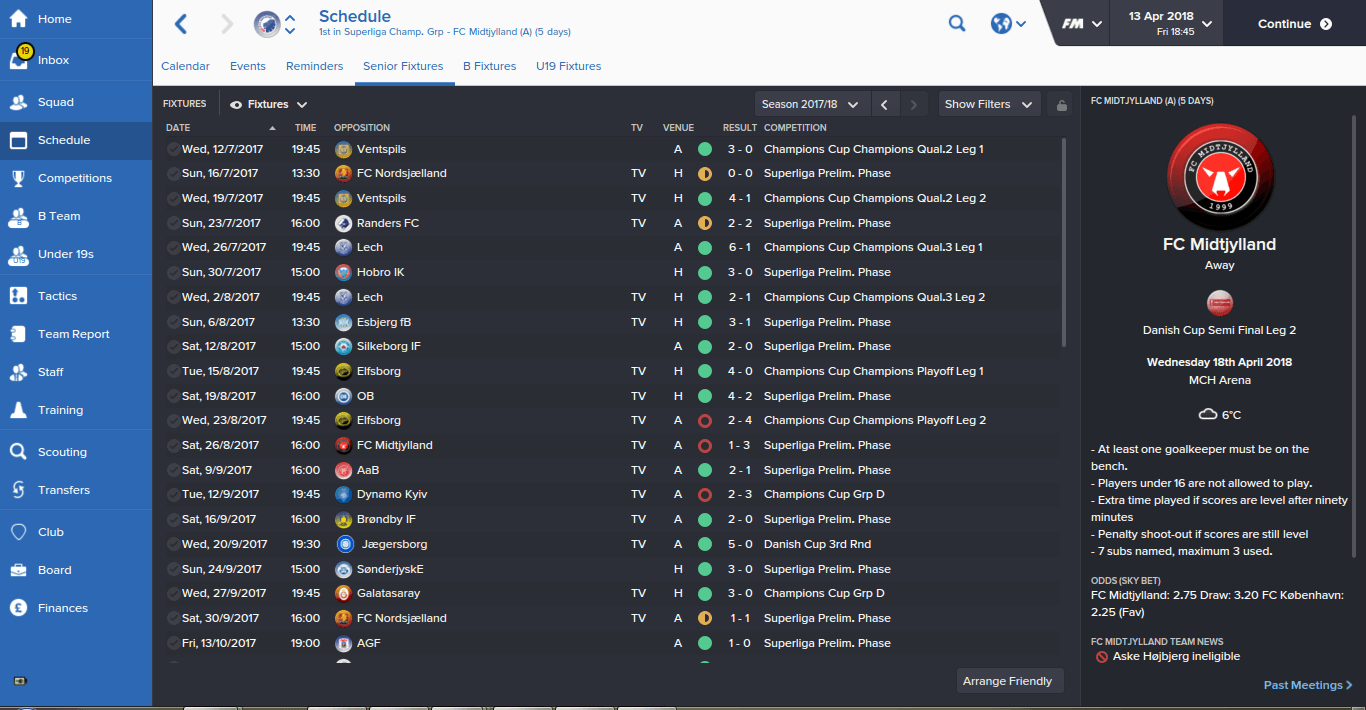 First of all, this is tactic very offensive. I created this tactic with FC Copenhagen, currently the best team in Denmark in the game. So if you want to play with Bournemouth using this tactic against a top side in the BPL, chances are it's probably not gonna work. If you wanna have a chance at bigger teams, then set the mentality to Counter

Anyway, let's get around to the tactic. 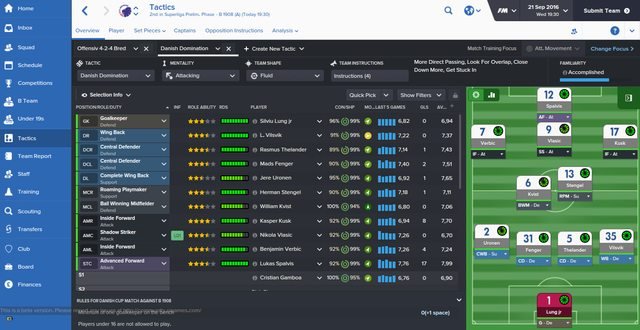 Why have you chosen X instruction?


I have chosen More Direct Passing, because I want to emulate a bit of the tactic, that Copenhagen used against Juventus in 2013.

Get Stuck In is just an instruction I'm a personal fan of. It might not do anything, but since is chose it, I've gotten better results.

Close More Down is the same thing as Get Stuck In. But since I wanted to get a little more possession, I figured that the best way to do that, was just to always get the ball from the opponent.

I've chosen is Hit Early Crosses because Copenhagen has one of the tallest teams in the league.

Clear Ball To Flanks and Exploit Both The Flanks are both important because of the Hit Early Crosses instruction.

Be More Expressive. Direct football needs creativity, if they don't get that, then the tactic is just gonna screw up

Run At Defence. All of my attacking midfielders have 15+ in the dribbling attribute, so it would only make sense to have that instruction... and the fact that for direct football, you need to not get stuck in a "hole"

Shoot On Sight. I want to make the opponent stressed, with all the shots coming in from outside the box.


But what do you need to win with this tactic?


Goalkeeper (Goalkeeper): Just get any keeper on the market. There's not a must have attribute, that the goalkeeper needs to have.

Left Back (Complete Wingback): You need Crossing and Pace in short, but you may also need some good Stamina, since he's a Complete Wingback and has to run around all the time.

Central Defenders (Central Defender): Marking and a ton of Strength and Bravery, and Work Rate is also a good attribute to have (though not a must have).

Left Central Midfielder (Ball Winning Midfielder): Strength, Passing, and a lot of Teamwork and Stamina is the basic attributes that you need. But if you really wanna go deep, you might want some tackling aswell.

Wingers (Inside Forwards): Dribbling, First Touch, and a ton of Technique, and Flair. You might also want to get a Winger with alot of pace aswell.

Attacking Midfielder (Shadow Striker): Now, this is the big one, this is probably the most important player on the pitch with this tactic. If you need to get a player first then you need to get this kind of AMC. Anyway, you will need Dribbling, Flair, alot of Pace and Stamina, plus some Agility, and Work Rate.


But this is it, thank you very much for reading, and I hope this tactic will work out for you, if you give it a try.

FM database creator. You may know me as Faroe or FaroeRSH on various other FM sites.