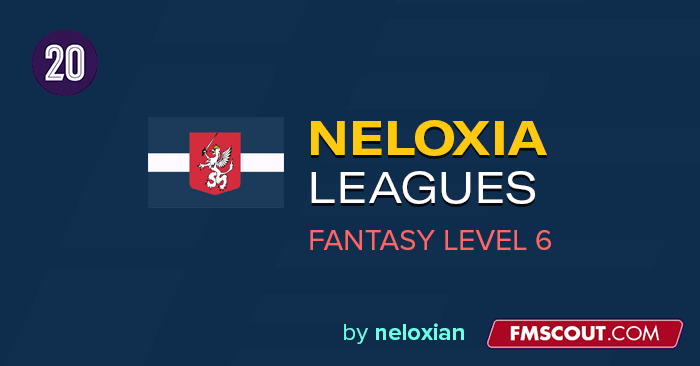 A fictional European sleeping giant (replacing Latvia) with a variety of clubs for you to take over as a playable nation. This is an update to my recurring fictional league with lax foreign player rules, lots of cash flowing among teams, and a multi-tier league pyramid with challenges abounding.

Besides the move to Latvia (with polyglot mix of names, still....) the files mostly remain the same. For this season, I've added two clubs to the top division mostly as a way for newcomers to get used to playing in the country.

Lots of cash throughout the country, and some lower-level teams with good reputations and some sugar daddies looking to rise through the ranks. Can you elevate Neloxia football to the tops of Europe?

If you've played with these files in past versions of FM, this is basically the same. I added some teams to the 2nd division and renamed some clubs, but besides that it's not that different than past editions.

Tick the 'Add players..' box before starting if you're playing with this league. Should work with other editor files without a problem except Gibraltar.