This is quite standard and you can probably use some other types of strikers, like TM attack and together with a false 9. 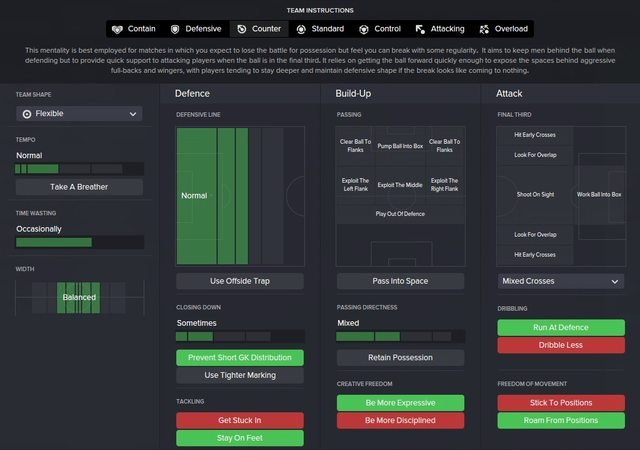 Against especially Arsenal its important not to get too low with the defence, so normal would do it, even with quite slow defenders.
Also when you do some restricted formation, try and use "Be More Expressive" and "Roam from Position" because otherwise your team may have to score on that one single chance you get in the game, and the best you can hope for is probably 0-0. Keep in mind that this is NOT a 0-0 formation

If you feel like you are getting hammered and nothing happens in attack try and and use "Run at Defence", "Look for Overlap" and/or "Hit Early Crosses".

You might even wanna try to use one or both of the "Exploit the Flanks".

If you have big strikers try the "Float Crosses", if not try the "Low Crosses". Whipped should be used if you have people who are really good at making the crosses, like 15+.


With this one is usually cange the Inside Forward with Wingers, depending on what players i use.
The Trequartista is sometimes a Advanced Playmaker. Target Man can be Attack, but i usually use him as support because the he holds up the ball more so the team can get further forward, but this one also depends on what kind of Target Man you have in your squad. 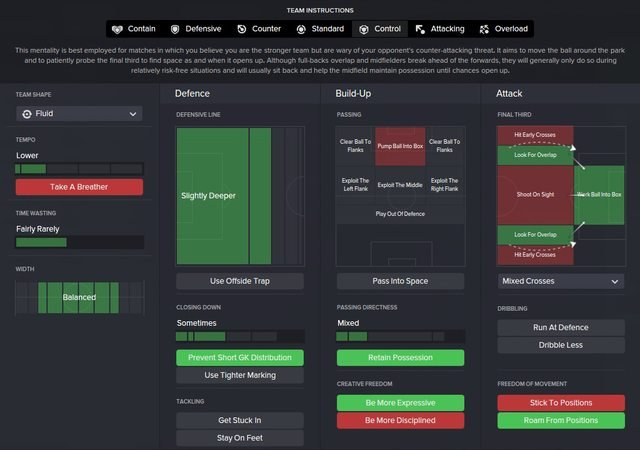 I usually start without the "Work ball into Box", but sometimes you need to be patient, so that one is quite useful if your team blows alot of chances.
My defence is quite deep, mostly because they are quite slow and the attackers in PL is quick, especially with the smaller teams.
Low tempo, you can use short passes but I find it more unpredictable to use mixed and since i have players who search for space, like the Treq and my wingers.

Wingbacks as usual on support but if you have the lead and want to just ride in the victory, change them to either Fullback or limited Fullback and defend. Then you should also turn of the "Look for Overlap"

If you find it hard to just roll the ball around to find space, try and let your players do some dribble and mark the "Run at Defence".

Like I said, I tweak these tactics A LOT depending on what players I use, but you can think of it as a basic element, then you need to find the roles that fits YOUR players best.