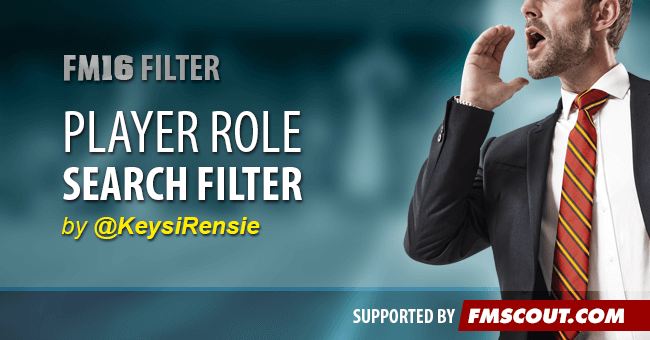 How to add search filters in FM16

Filters are easy to install.

When you load up Football Manager 2016, go to the “Scouting” screen > “Player search” and click “Filter” on the right side.
Then “Manage Filters” > “Import” and select the file.
You should be able to see a list of every player roles.
All criteria start at 13. You can easily to change this value using the “+/-“ buttons.