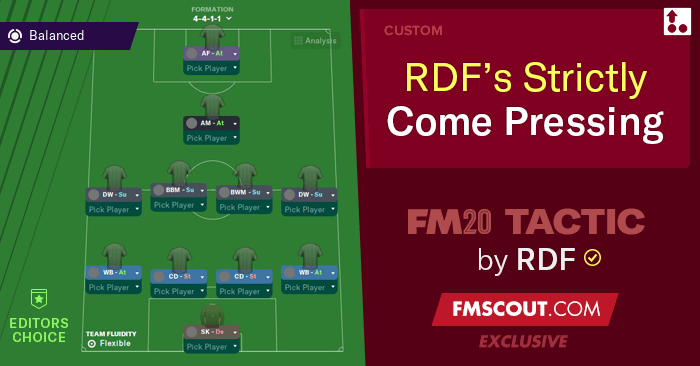 Strictly Come Pressing is a FM20 tactic I recommend to use with Sub-top clubs; teams good enough to compete for Europa League / Mid-table.

Balanced Mentality
I chose this mentality as i aimed to be aggressive and risk taking but through player Roles / Duty with preset instructions. This doesn’t mean your team won’t be attacking. It gives your players the responsibility and pick there moments when to attack.

Some games you may end up with a high shot count, some games it may be low but the end game is the result.

We’ll be using a balanced mentality with a 4411 shape. This shape is designed to be able to press all over the pitch. I’ll start with both central defenders. Both have the Stopper duty to help squeeze the opposition. Both full backs will aim to get closer to the wingers to form a good overlapping relationship on field.

The CM partnership allows one to roam around and help in final third whilst other aims to win the ball as quickly to set the more creative players.

The AM tries to break the opposition from playing out the back comfortably. He also makes forward runs to support the lone striker and also to be on the end of chances.

AF is the main source. He will be your match winner most of the times. He will need to be the outstanding player of the team.

Typically, you want players that are suited to the role as there are no player instructions. This tactic is very demanding and will require to have players who are high in work rate, stamina, determination and who are also good decision makers.

Both Full backs should be pacey players, who can also cross the ball and be okay at defending. Both CBs should be okay with pace as they will be defending very high and also pressing with the Stopper duty, also good aggression.

BWM can start a lot of attacks, so you want a decent creative player for sure who also has good ball winning abilities. Box to box should have good off the ball movement, anticipation and decisions. He needs to pick the right time to go.

Both wingers can be more physical players, one will run for your team, good work rate and team work, stamina and agility. a Milner type player will be great. But also good at crossing, they need to help provide assists.

Attacking Midfielder should have good Second Striker abilities. Some one who can finish, shoot from distance and someone who knows how to make the right decisions and can anticipate situations.

AF, has to be pacey, good off the ball and finishing. He will be your main player.

Changing things will be at your own risk but i have pulled good results but just tweaking one thing to either give stability or add creativity.

Some away game, i have switched my BWM duty to Defend. This means he will hold his position more and removes any creativity instructions. It will result in less attractive football but changing it will be to get a result if you plan to hit your opponents on the break.

Adding “Be More Expressive” has worked when i feel my team are lacking in creativity, but haven’t done this too often, specially not against top teams. 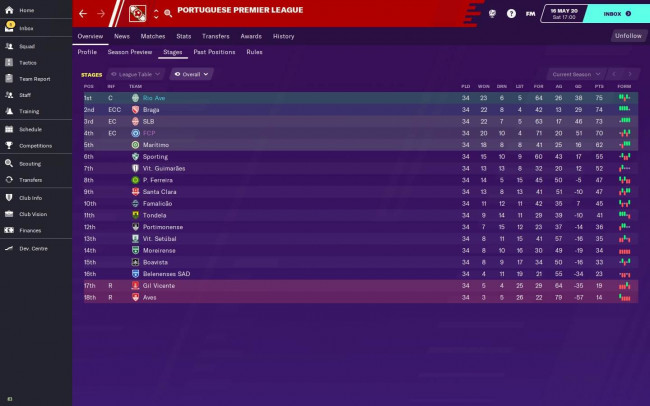 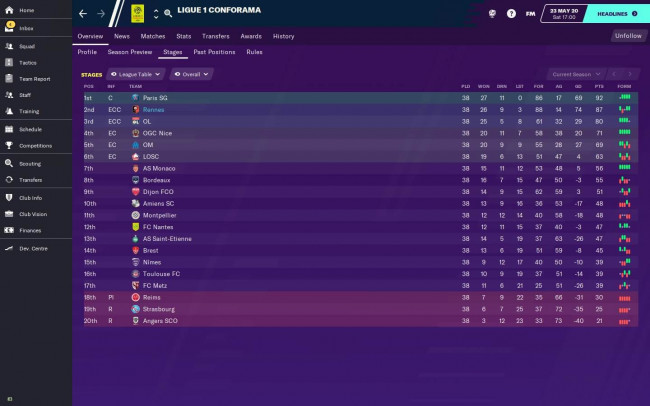 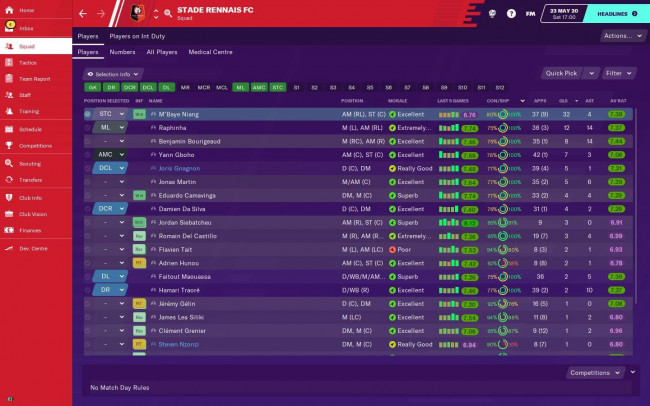