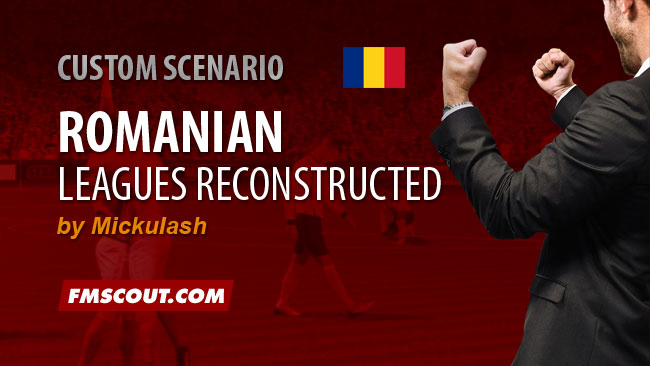 The purpose of this patch is not to be consistent with reality but to make the game more enjoyable, more attractive to Romanian football out of mud and avoiding the real situation of internal teams and competitions.

Tested until the end of 2020/2021 season and nor crash, bug or errors occurred. If you find any, don'ț hesitate to tell me.
For any tips, ideas or suggestion you can contact me.

Extract the .zip file using a free program such as 7-zip for Windows or TheUnarchiver for Mac and Move the extracted .fmf file to your editor data folder: