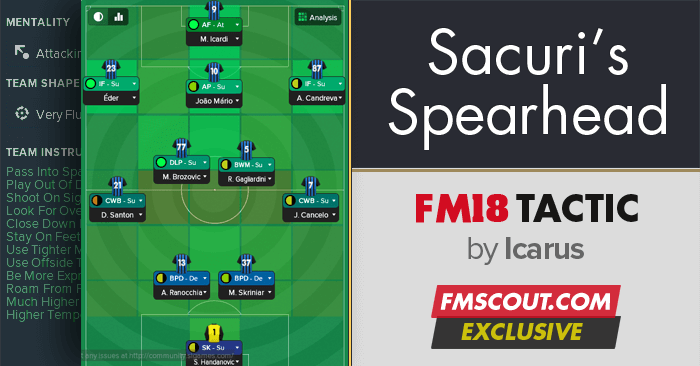 Hey guys, we're back for another year of madness with FM18, and of course I had to bring back the lovely spearhead, trademark of yours truly. I managed to perfect it quite early on, as it is day of the beta, and I've only made it to december (you'll have to apologize for the lack of screenshots due to that, but I will upload more in the future) so lets get into it.

- AF (attack): The lone striker, the advanced forward. You'll want a very fast, highly technical striker that's also good in the air. I myself use Icardi since I manage Inter, and he's absolutely perfect for these types of 4231 tactics, especially since his upgrade in finishing sitting at an impressive 19!

- The Inside fowards (support): this ia simple one, all they have to be good at is dribbling & cutting inside, they'll be pumping balls for the striker all game, as long as the link up play from midfield is working out.

- Adv. Playmaker (support): this role isn't really key to the tactic, I sometimes retrain my central mids to play also as AMCs and they work just fine, high passing etc.

- DLP/BWM (supporting & defending): the deep lying playmaker should be good at touches, passing, technique, have good vision etc, while the bwm should be strong & a good tackler - high stamina is a plus.

- CWBs (support) the complete wing backs are essential as they move up the pitch and pump crosses as they overlap the IFs, make sure they have good offensive stats and pace! but somewhat decent marking/tackling/pos wouldn't hurt.

- BPDs (defend) ball playing defenders, because we like modern football and every player on the pitch needs to contribute to the build up. 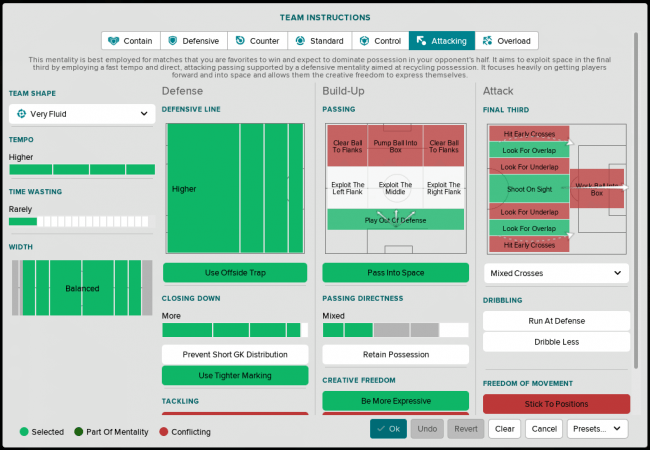 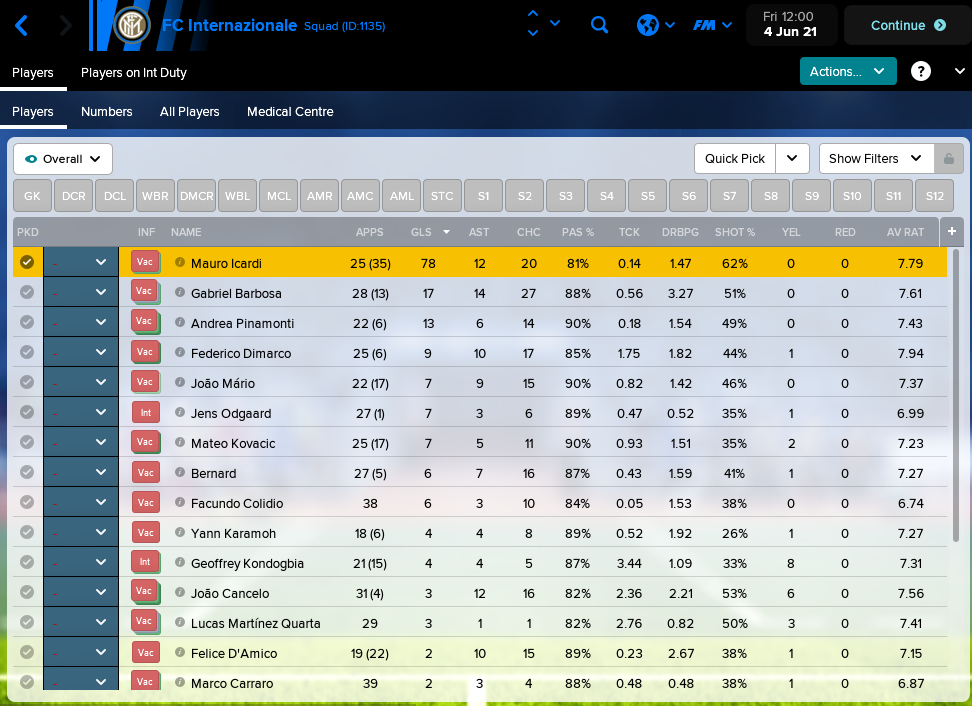 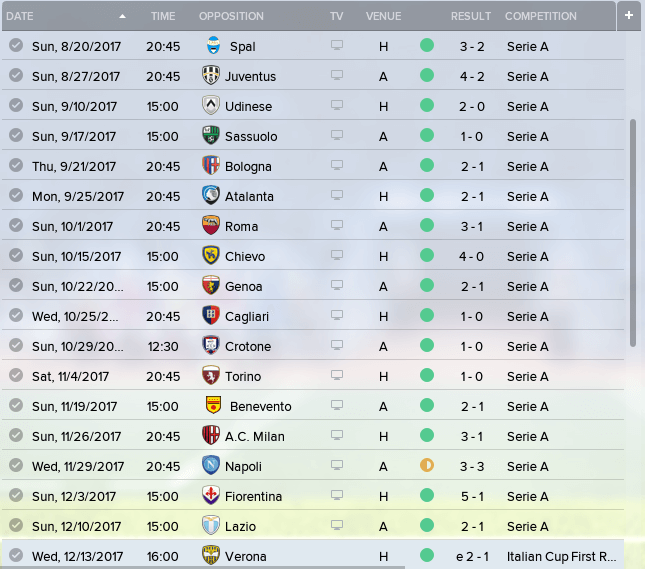 Attacking/Very Fluid/High Tempo Football is the aim, a particular disclaimer that this is not a plug in and play tactic, and defending is very shakey so you will concede goals, games will end 4-3, 6-5, 3-2 etc. But your striker at the end of the season will have very impressive stats!