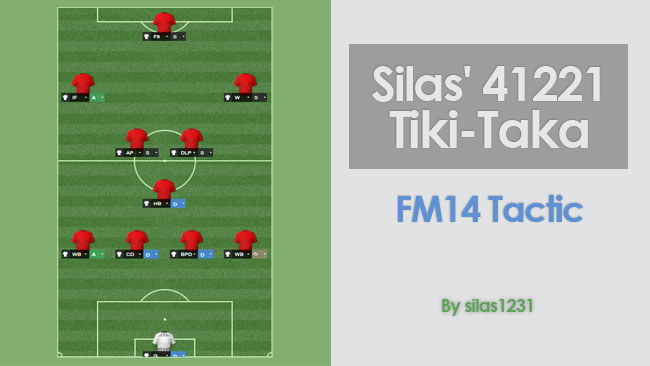 This tactic is really good if you are a team with good midfielders with high passing stats, you also really need a decent striker who can convert the chances and drop back if needed, my suggestions are Rickie Lambert, Fabio Quagliarella, Wayne Rooney and Franco Di Santo.

This tactic is best used if you are playing a team who are favorites to win. The tactic will stop the opposition from finding space behind the defense. Unlike other tactics this tactic is more about the passing and equaling defense with the attack. It's main purpose is to work the ball into the box where the striker should convert. 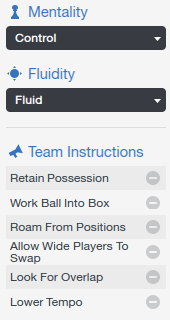 Basically the team instructions are telling the team to work the ball into the box whilst keeping most of the possession. The look for overlap instruction means that rather than cross the wingers will wait for the full backs to get in front of them so they can cross. Also the roam from position instruction means that players don't have to stay in there position, for example the striker might come back to midfield to get the ball. If you have the roam from position instruction your striker will play best if he is either a false nine or a deep lying forward.

I hope this tactic works well for you!