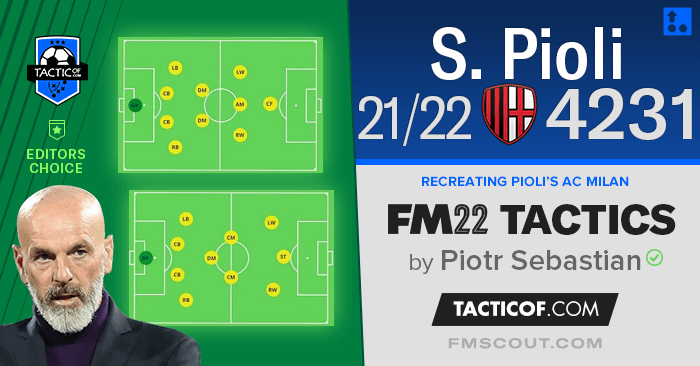 Although AC Milan still return to the 4-3-3 shape from time to time Stefano Pioli has gradually moved to the 4-2-3-1 formation, which is now their starting formation with the key role of the very high playing full backs.

Defensively they classically cover the wings, but in the centre they often use an unusual variant in which one central defender and two midfielders form a back three while next midfielder completes the defender’s position.

This allows them to attack immediately after recovering the ball having at least two midfielders (Kessie, Tonali) at the back capable of exploiting, above all, the fast variant of moving the game into the opponent’s half with a direct pass.

When this fails, they initiate passing combination in the centre of the pitch with the intention of giving the wingers time to get into better positions.

When playing with the ball the side defenders (Calabria, Theo) have very offensive tasks and although their movement towards the offensive third differs in the final phase of the attack they both take up positions close to the forwards.

In the first phase of playing the ball both full backs take advanced positions in the centre, while the two central defenders position themselves wider. This creates an unusual spread shape with the wingers positioned wide creating unusual passing angles for both central defenders and midfielders.

This leads to a variant with four defenders creating depth and six offensive players waiting for a direct pass or creating passing options in this phase of the game. 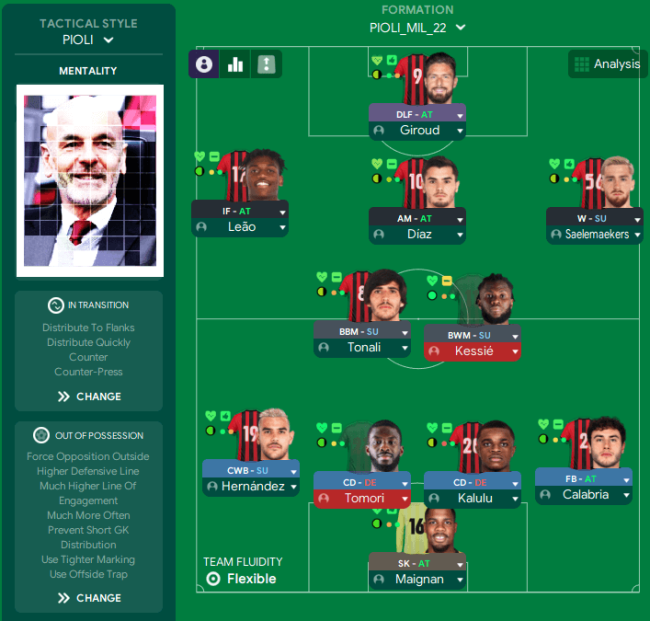