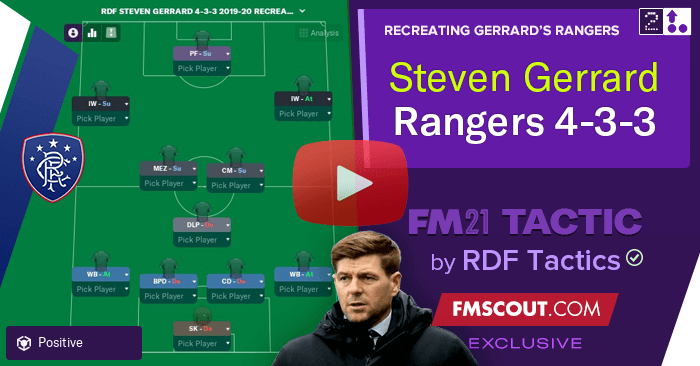 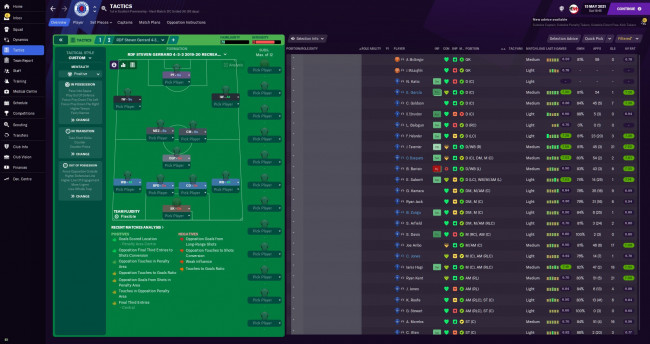 Gerrard seems to have been influenced by 'gegenpressing’ and with the narrow 4-3-3, you could say influenced by Klopp too. Rangers like to apply a mid-block most of the time though, allowing the opponents defenders a little more time on the ball before the press starts. Benefit of this, opponents now struggle to play the more direct ball to try and beat the press. The press usually starts when the opponents start to play the ball out wide, Rangers attackers will press full backs and also cutting off passing lanes. This blocks the route centrally and it can either force a mistake or the opponent to play backwards. The midfield would be the 2nd line of pressing, Rangers look to win the ball back in the final 3rd areas to apply their counter attack.

The centre backs are usually the ones who start of with the build. They would collect the ball from either the goalkeeper or a backwards pass from the midfield, but when the central defenders receive the ball, they'll look for a forward pass but avoid kicking it long. The full-backs are the ones who will looking to stay wider and stretch the play because of the shape of this 4-3-3. Both advanced wingers would tuck in so narrow meaning that only the wing backs provide the width but the wing backs are also very creative in play. They will be looking to effect the attacking play by putting in lots of key passes or crosses. James Tavernier currently is on 6 assists which is joint top with Hagi. James Tavernier currently has been involved with 15 goals either assist or scoring. Usually Rangers could build up centrally before working the ball out for the wing backs to generate space for them.

Moving up the pitch, Rangers create triangles out wide, this can also create space for the wing backs to be effective. A wing Back, Central Midfielder and Winger will create these triangles out wide. This movement can now create overloads in half spaces out wide and this can result into misshaping the opponents defence

Morelos, the striker, is also a key player in attack. To get in between the opponents defensive lines, Morelos drop deeper to collect the ball and when he does, he can lay it off for another players or be involved in intricate play trying to break down the opponents.

The key elements to this tactic are Counter attacks, build up narrowly, have attacking wing backs, set pressing trap/and or apply a mid block 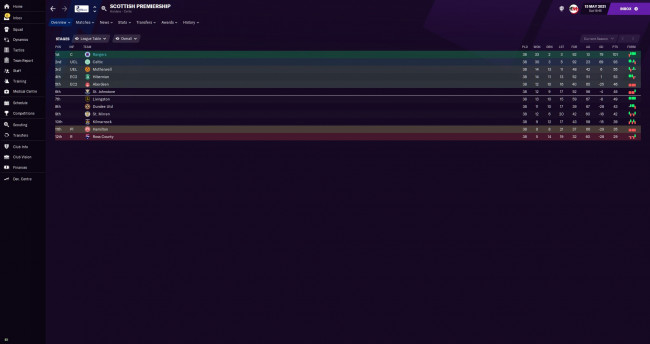 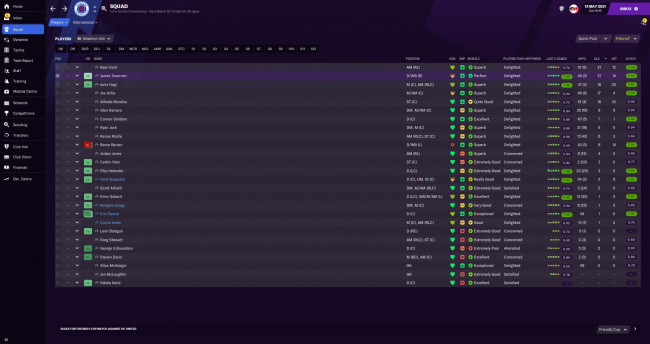 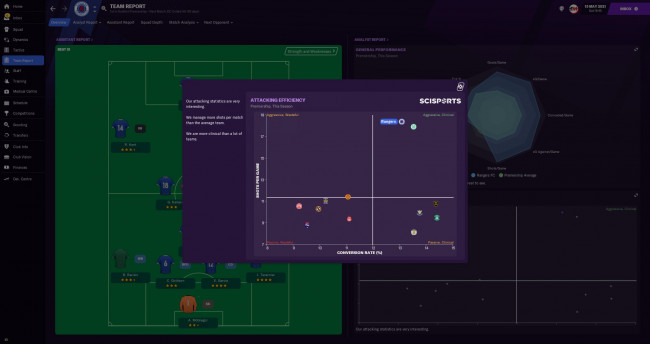 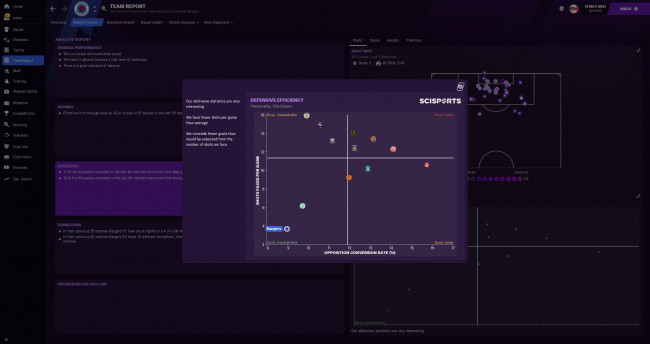