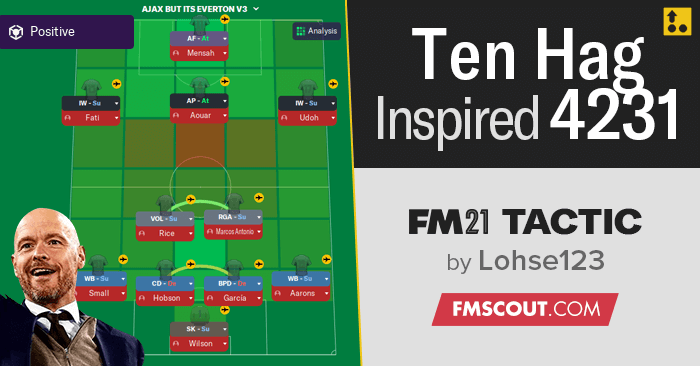 I have always been a fan of the way Ajax have played and particularly the modern interpretation which Ten Hag is embodying with his Ajax side at the moment.

This tactic has gone through numerous alterations but I believe I have found a good balance between attack and defense getting the best defensive record I've had in a long time despite conceding dumb goals towards the end of the season. However, the tactic could still see some changes as there are a few areas which I believe could be improved upon.

But without further digressions - on to the tactic! 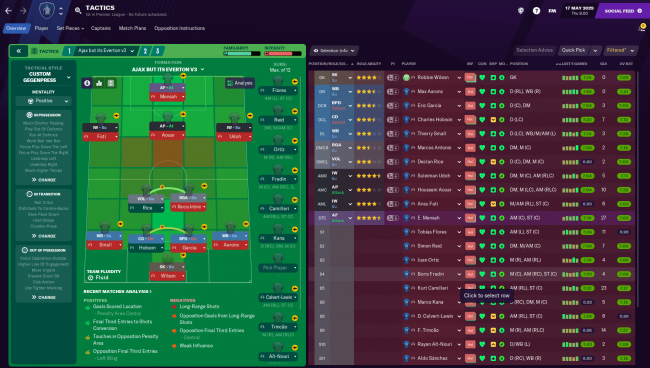 This is the general setup of the Tactic.

it Started out with being a flat 4-2-3-1 with two CM's instead of DM's, however, I found the defensive balance to be better with 2 DM's and I wanted to utilise the roles which were unique to DM such as Half-back, Segundo Volante and Regista. In the first iteration of the tactic I used a Half-back with a regista alongside it, whereas in previous fm's this combination has worked wonders for me it failed to deliver properly this time around and they were very inconsistent. Then I tried a Segundo Volante instead of the Half-back to get a little bit more of a box to box feel and that worked better. I still switch between the Regista and a deep-lying Playmaker depending on the context of whether I'm playing at home versus away or whether I face an equal or better opponent I may want a little more solidity which is what you get with the DLP compared to the regista, however, you can dominate games more with the Regista I find perhaps due to the freedom the role has - but it does require the right player in order to succeed properly.

The Inverted winger on the left can also be changed to an inside forward if you want to crowd the opposition box a little more.
I was having a hard time trying to settle on role for the forward I tried just about every role and the most success came with an Advanced Forward who is asked to roam from position this way he'll still come deep and move into channels at times which leaves space behind for either the Advanced Playmaker to run into or the Inverted wingers. 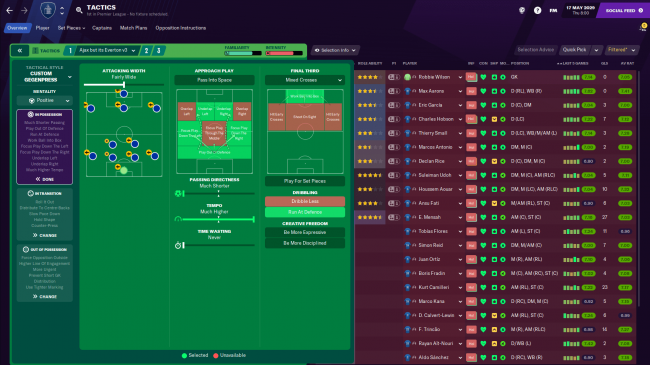 The team instructions particularly in this section can be altered a lot. This is just the usual setup, however, If I feel like we are not controlling the game as much as we should I may take down the tempo a notch but we are looking for fast paced, first touch football to move the opposition around. I'm also trying to create overloads on the wings because of the quality of the players I have there but also because Ajax likes to exploit that space, with overloads and then either finish off with crosses or passes into the half-spaces followed by one-twos or through balls.

However, at the times it can proof fruitful to tick off Focus down the left & Right and instead of playing fairly wide go narrow instead. I usually do that If I feel we are not finding our way through their team and perhaps we need to attack them differently and perhaps more vertically. Furthermore, you can also add Be more Expressive if you want your players to try and find more space but to me its all about balance but it can work. 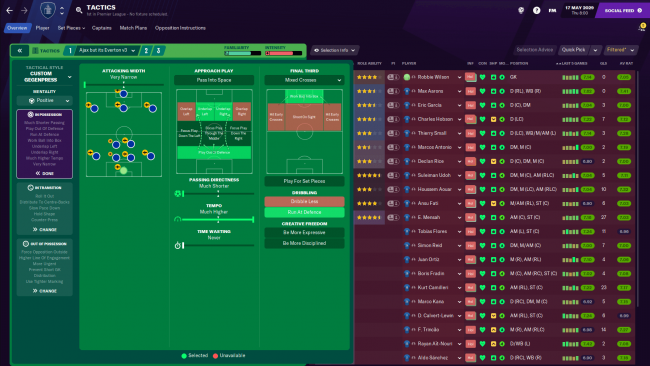 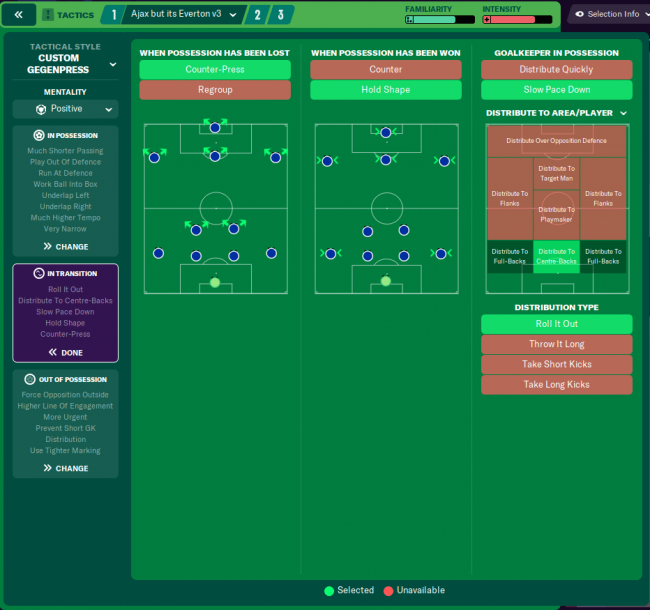 We wanna Counter-press when we lose the ball, however, in order to dominate the games we want to hold shape in order to build up our attack rather than forcing it too much and loosing the ball stupidly. 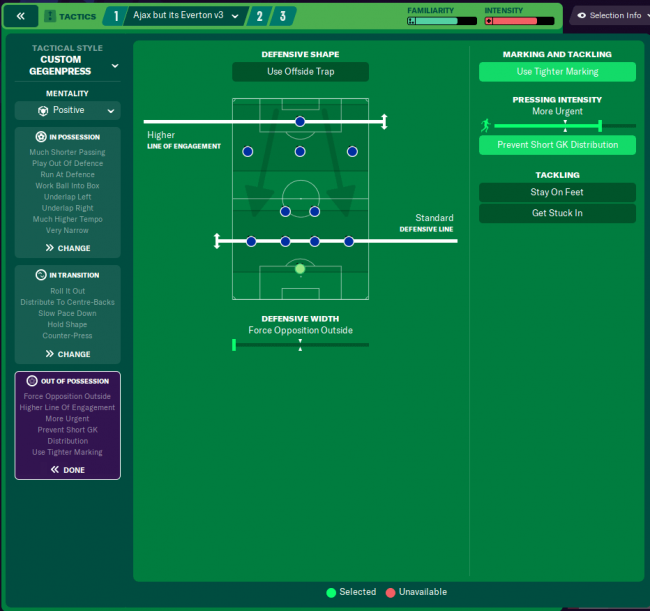 I have found that I concede a lot less goals when having my defensive line just a little lower you can put it to higher if you feel confident, however best results came with a little lower for me at standard. Pressing intensity at more urgent rather than Extremely Urgent also felt like we were pressing aggressively but not to the point of it ruining the overall shape and cohesion of the team but we were still forcing the opposition in to making errors. 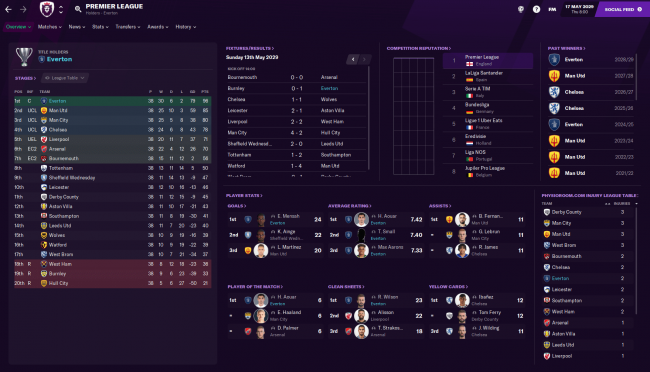 In this season I went 24 games unbeaten and we were looking unstoppable, however, we had a very brief dip in form.

I also managed to 58 games unbeaten with this tactic

Now onto some stats:

As you can see we dominated a lot of the categories, we took almost 40 less shots against us than Man Utd at 2nd place and conceded 7 less goals than Liverpool with 24. We were also quite good on most dribbles made where we came 3rd

For personal accolades we had the top goal scorer and most clean sheets and fewest conceded, - we also 2 players in the top 8 for key passes and assists