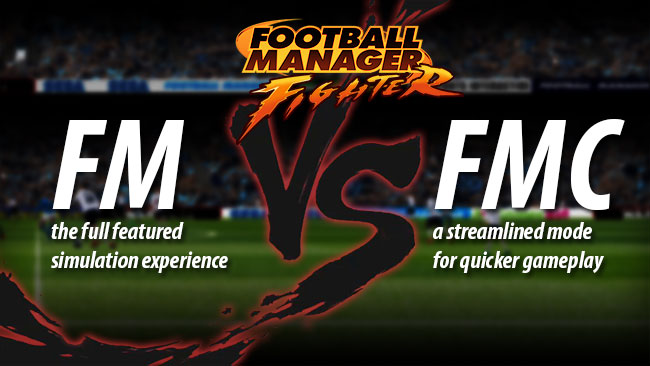 As Danny Ings powered in Burnley’s third goal at Loftus Road, I sunk back in the chair with the laptop and looked forlorn. It was the story of my FM14 life; start pre season well, play well in whatever league, in whatever nation I have loaded for a while, lose once, then see my team unable to pass, cross, shoot, defend and do anything that could be remotely passed off as footballers, then lose 5,6,7 in a row. This pattern has defined my existence with FM14 at my side since it came out irregardless of playing styles, in game footballing culture and the like.

Welcome to my own personal hell.

I finished the match (we lost 4-1 if you really wished to know) and as I waited for the main game screen to load, I immediately knew what was coming. I was going to be sacked for the fifth save in seven attempts. Now I want to make something clear here. I in no way blame the game, match engine, defenders being too wide etc. This piece is about my personal deficiencies with the game and me as a gamer.

So the screen loads and immediately I am presented with the news that I have been sacked. Needless to say I did see this coming! At this moment nothing but unmitigated and pure desperation wash over me. I begin to ask myself the following; what is going wrong? Why can I not get consistency?

I had had such a magnificent save on FM13 with UTA Arad in Romania and, being honest, I thought I would pick up 14, install, choose a club and BAM! Another fantastic save would be at hand. This however, as I have begun only to realise recently, is part of the problem. I was comparing every save to my Arad one and as such none were matching up. I got lucky in that it was my first ever save on any full FM game (outside of FMH) and as such concentrated on the aspects that were needed, for example individual training to get the full value of the game.

My obsession with recreating the Arad save actually hindered any fun with any new save. It seems strange from the outside I know, yet I couldn’t help it. So after being sacked at QPR I made a bold decision and turned my back on the full version and started playing Football Manager Classic. My reasoning being that as no save was matching up to Arad, I wasn’t paying any concentration to my players’ developments due to my frustrations. Consequently we were not getting any better and as such I was making it harder for myself and results would suffer.

With Football Manager Classic, known as of now as FMC, I wouldn’t have to worry about training my players etc and just focusing on the transfers and managing the side. Another plus point of FMC for me at this point was the lack of closely keeping an eye of ‘tactical familiarity’ when creating a tactic. I do find it incredibly frustrating that in one or two of the games I have played, before the game I have made alterations (not major) to combat the oppositions strengths and then seen the familiarity go from full to just over half full and thus give my team a disadvantage. This though is only a small bugbear but one that was contributing to my lack of love for a save. It seems petty I know but this was the frame of mind I was in!

So with this in mind, I started a FMC save as QPR again. At this point I would strongly suggest to any new gamers to the fantastic world of FM to have a go at FMC before jumping into the fat version. This way you can fiddle with roles, tactics and formations till your heart’s content without the added pressure of finances, individual training et al. Honestly it will truly help you in my opinion. It did me. More of that in a sec.

So 28 games into my FMC save and we are doing brilliantly lying in 2nd place and unbeaten in 7. Then we lose, to Burnley, AGAIN!! God they are the bane of my life. 8 games later, I have been sacked again and really have nowhere to go. I am at a loss to fully understand what is going wrong. The only silver lining is that I have 2 formations, with the roles, that I know work very well. I am not ashamed to say that at this point, I just stop playing FM for a week or two. I just threw my toys out of the pram.

Yet as we all know, FM is a bit of a seductress and tease for us all and after two weeks I felt that typical pang of wanting. This time though I had a plan. I went back to the full version as I believed that the experience I had on FMC had given me confidence with tactics (this is an area I do struggle). I started with Lecce and reached the semi finals of the Serie C cup, the 1st Round Proper of the Coppa Italia, whereby we would have a glamour tie away to Roma playing one of the formations had created on FMC. Our league form was poor but then the real bombshell hit. I was called into a board meeting where I was asked that ontop of winning the league I needed to sell my entire 1st team squad, win the Serie C cup and the Coppa Italia. Bearing in mind we were lowest ranked side in that particular competition and that still contained the likes Juventus, Milan, Lazio, Roma, Fiorentina et al.

I told the board that I believed their request to be undoable and they informed me that I was to either accept or walk. I walked. The difference here though was the enjoyment I was getting out of the save. I had truly fallen back in love with the game and as such was really concentrating on getting my players up to a highly decent standard. I had that Arad feeling back! Unfortunately I could not continue with the development, but the resignation made me realise that I am not poor at this game, nor should I blame the game for my undeniably many failings.

At the time of writing I am in the Skrill North League as manager of AFC Telford. I am in my 2nd season after keeping them up in my first season (get in!) and has been the most fun I have had on FM14 so far. We are currently 7th in the league after thumping Barrow 7-1 away from home and therefore 1pt away from a play off place. I put all of my success so far down to the experience with FMC. By creating a tactic here and fine-tuning it, I was free in the full version to concentrate on my players, my finances and therefore achieving my seasonal objectives. It is a massive relief and so the enjoyment is coming back.

I am going to end the piece with a little advice. I know many in the community have struggled with this edition of Football Manager for various reasons. I also acknowledge that I still am a relative ‘newb’ at this game and so maybe not in a position to give seasoned veterans advice. If after reading this piece you identify yourself to be/or have been in a similar situation, come out of your current game and load FMC. Play just one season with one league of your choice added and create a formation, fiddle around or just mess about. It has helped me no end get back into the game due to the freedom it offers. With no finances etc to worry myself with I could just concentrate on my getting my players to play the way I want. So just hang in there, as no matter how frustrated you are at the game, we all love it. Don’t give up. It would be a shame to through away 3, 5, 12, 20 years of love away wouldn’t it?

Not been playing long after a stint with FMH. Learning all the time and author of The Guttman Chronicles a blog dedicated to my FM save. QPR fan and currently in charge of AFC Telford on FM14. Follow me on Twitter.

Discussion: To FMC and Back