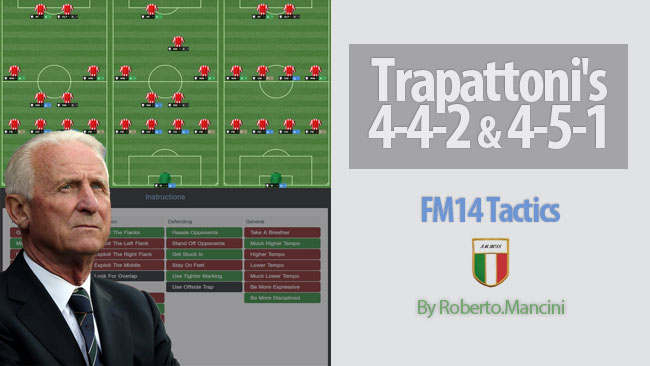 
"I am fortunate for my entire football career and I thank God for what he gave me. Me, Sir Alex and Fabio (Capello), lived the past, enjoyed today and we can foresee the future".


It sounds weird, it seems insulting but Giovanni Trapattoni is NOT included in the Hall of Fame of FM... What annoys the most are his religious and custom beliefs. Raised up with dignity, self discipline and human principles, the teenager from Cusano Milanino became a prominent member of AC Milan youth teams. Alongside with many of his teenage friends, had the dream to be a regular member of first team. He helped the club to win 2 European cups, 2 scudettos and 1 intercontinental cup among others. But what he gave is nothing less than endless sweat and effort in the pitch. Something which wasn't recognized enough after his playing career.

After hanging up his boots, he immediately become youth coach, soon after a first team assistant and eventually a head coach. Everybody acknowledge his talent and mental capacity, however they saw him just like another emerging manager. Sharp, very ambitious but maybe too emotional. That's why they didn't trust him with a longer contract, because "we thought that his personality is too noisy and emotional for such club" admits later his ex friend Cesare Maldini. A fatal error which changed Juventus history forever by leaving far away from fierce rivals AC Milan. Agnelli family immediately recognized the rare talent of young coach Giovanni and later on, everybody will call him like "Maestro Trapp".

As he later admits:


"I had to kill my pain from AC Milan rejection and to prove to anybody that I can defeat everyone by aiming for perfection. I never revealed my motives and my internal thoughts though."


In Juventus he dominated, in Inter he revived a sleeping giant and in Bayern he managed to win everything despite public anti-Italian humiliation.

Do you know many people in such age to maintain a largely competitive and wise spirit?

Maybe some people will laugh, but only the fact that he won at least a trophy with every club he managed, makes his story legendary. He practically won every trophy that competed in. Just pay attention in his remarkable Serie A winning record. Another brilliant example of his humility is his resilient personality. Despite he suffered from a mild stroke some years ago, he didn't abandon EIRE N.team, he renewed his contract and he finally guided EIRE in the Euro 2012 finals.

It's true that his ideas and tactics are conservative, however the trophies are speaking by themselves on whether he is efficient or not. As he always says:


"Efficiency is a combination of hard work, precision, aiming for perfection and very solid organisation. You must not depend on luck, however luck always exists."


Most of his key players became directors, with fondest the likes of Bettega, Tardelli, Giraudo, Conte, Prandelli and others.

I follow Serie A since my early childhood and I must admit that the phenomenon of Trapattoni is rare. Even with Fiorentina was capable of mounting a title challenge. He managed to guide the minnows of newly promoted Cagliari in Serie A.

He guided Benfica into a memorable Liga Title after so many years.

He immediately won the title with FC Salzburg, he almost eliminated France in World Cup Qualification. Knocked out in 2010. He guided Ireland into Euro Finals after 30 years.

Ok, some failures are a part of the game. Even Jose Mourinho suffered a massive failure in Real Madrid. However the achievements in both cases are much more than the fiascos. 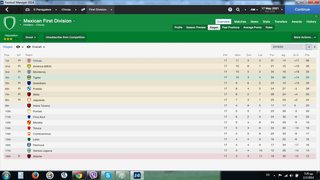 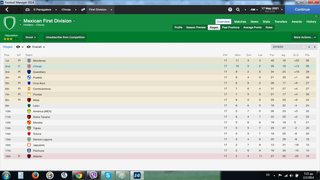 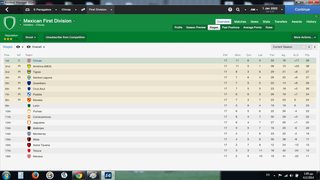 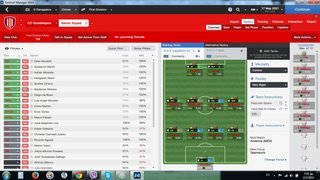 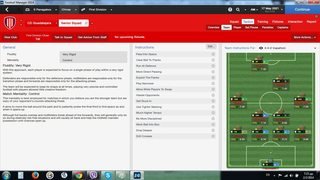 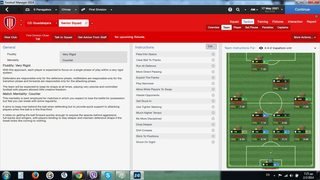 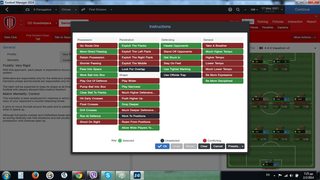 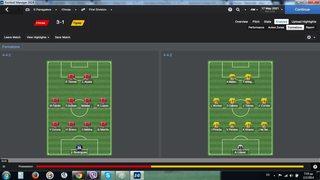 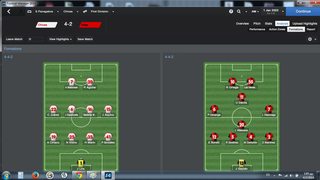 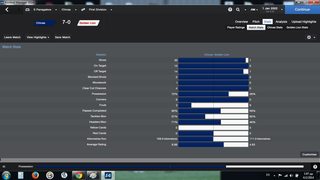 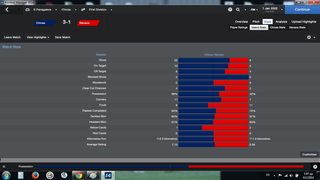 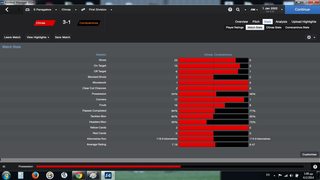 In the images above you can see many results and very interest statistics. Under these tactics, I managed to restore a semi dead Chivas into many glorious moments. The club was in debts and heavily paralyzed in terms of prestige. After many disappointing 5th, 6th, 9th and 12th position the club decided to hire me. Or to say better they hired the tactics of Giovanni Trapattoni. That's why I dedicate to him all of my success there.

Far the best defense and goal difference, easy wins in knock out stages but most Importantly:

In other words, a proper identity which was hard as rock and brave as lion. The team had later on several other trophies in the cabinet, like North American CH. League and Copa Libertadores but mostly, a deadwood club became flourish in just 2,5 years. Without neglecting the rules, without purchasing expensive players and without forcing the players to make things that "they cannot do". Simply, clearly, honestly and full of pragmatism. Don't say that you caught the cat, till to see it in the bag. Another famous Trapattonian quote.

Hope that you will enjoy the tactic. It's ideal for winning trophies, forget impressive passing game football. Bring on mind a serious ferocious Juventus side.

On purpose I consider this package the most solid and powerful for FM 2014.

Simply because even SI hates Trapattoni and his success. Which means, when you cannot reach someone you just envy him, so simple but so obvious.